CVS Pharmacy approached Colorado asking them to take over vaccine clinics at 30 care facilities to meet their deadline. 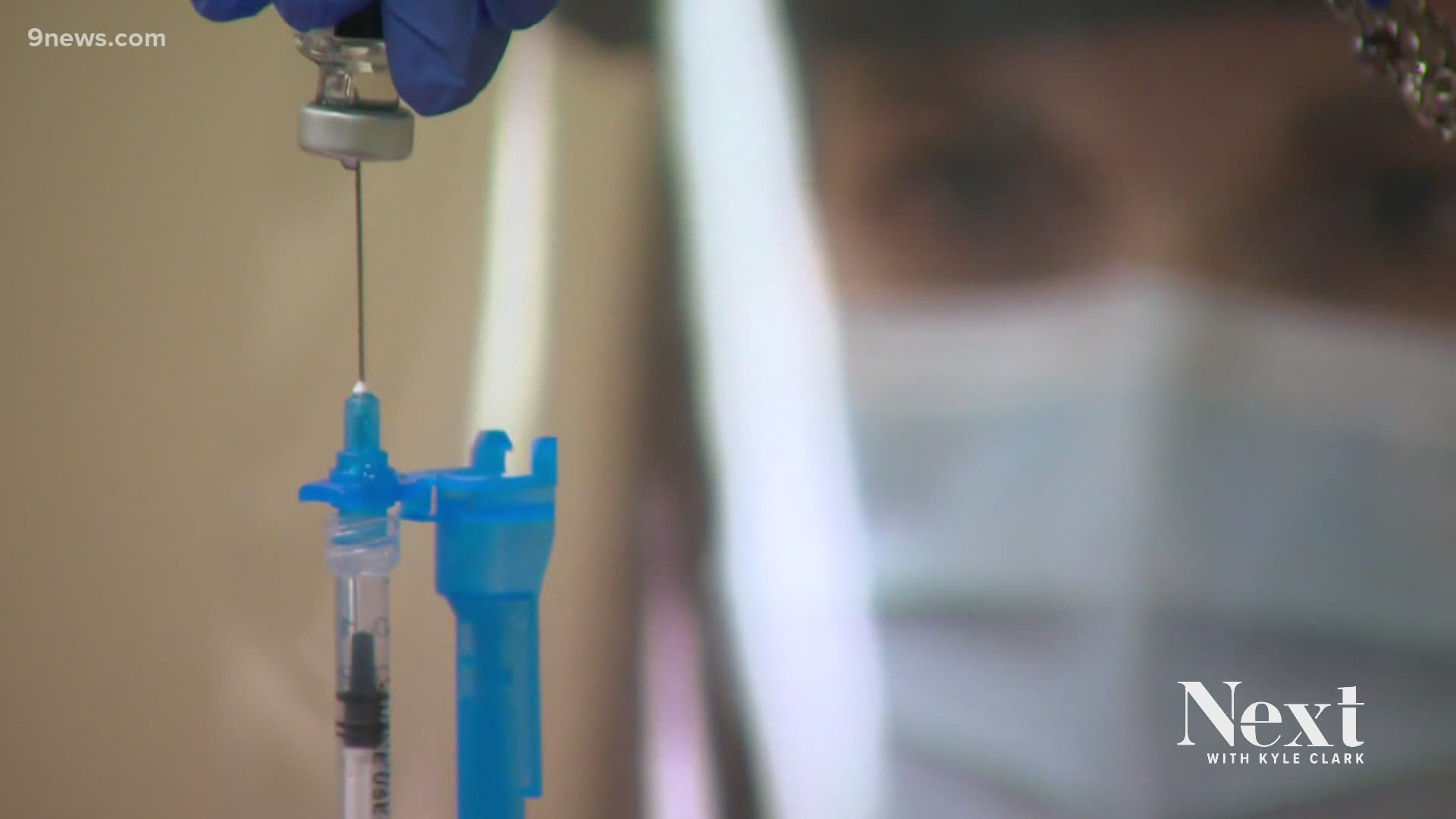 DENVER — One of the pharmacies charged with vaccinating Coloradans living and working in long-term care facilities has asked the state to help them meet a deadline to get first doses to patients and staff in assisted living facilities.

Brigadier General Scott Sherman of the Colorado National Guard, who has been charged with distributing the state’s share of the vaccine, said CVS Pharmacy approached the state and asked them to take over vaccine clinics at 30 facilities, in order to meet a deadline requested by the state.

Walgreens and CVS were charged with vaccinations at long-term care facilities under a federal contract with the Centers for Disease Control and Prevention (CDC). Residents and staff at those facilities are considered a top priority for the state, falling in the 1A category with frontline healthcare workers. COVID-19 outbreaks at these facilities have claimed many lives in Colorado and restrictions have left many seniors in the facilities in isolation as family members and friends haven’t been able to visit.

Colorado authorities requested the pharmacies finish first vaccine clinics at skilled nursing facilities by mid-January and wrap up first clinics at assisted living and other facilities by the end of January. The pharmacies have nearly completed vaccination at skilled nursing homes. But a scheduling document provided by the state found 217 of the 1,184 facilities in the state hadn’t had a first vaccine clinic scheduled by this week.

“Looking at next week’s schedule, we said hey, it’s kinda looking like you’ve got some facilities that aren’t scheduled,” Sherman told 9NEWS.

He said CVS reached out about the 30 facilities then. So far, the state has made contact with 18 of them and only one requested a state-run vaccine clinic, Sherman said.

The state will also run clinics at 11 facilities that did not contract with one of the pharmacies, Sherman said.

RELATED: Frustration grows trying to get parents over 70 'on the list' for COVID vaccinations

Data on vaccinations inside these facilities has been scattered. It took weeks for the pharmacies to begin sharing how many vaccinations had been administered. Walgreens first began sharing its data this week.

As of Monday, Walgreens had administered 23,117 doses in Colorado. As of Tuesday, CVS has administered 22,683. The 45,800 total doses administered represents 37% of the 120,900 residents and staff members the state estimates live and work in each facility.

While residents inside these facilities are opting to receive the vaccine at high numbers, close to 98% according to Sherman, staff members are refusing the vaccine at a rate alarming state leaders including Sherman. The state hasn’t tracked refusal numbers of long-term care facility staff, but both the state and the Colorado Health Care Association, which represents skilled nursing and assisted living facilities in Colorado estimate 50 percent of staff have refused the shot.

He said more staff members are opting in during second vaccine clinics. The leader of the CHCA told 9NEWS facilities are working on educational programs for staffers to boost that number.

Meantime, the state is determined to meet its goal of getting first doses to all facilities in the next two weeks. Gov. Jared Polis told 9NEWS this week that the goal would have been easier to attain had the state chosen not enter into the federal program.

“We could have done it faster as state, there’s no question,” Polis said in an interview with 9News. “If we had taken this on from the get-go and the federal government hadn’t taken it over with a federal contract we would have been done by now.”

His manager of vaccine distribution gives the pharmacy program a passing grade. But Sherman said he wishes federal authorities would have allowed more input from the states that would have helped speed the process up.

“Maybe the state could have contracted with a lot of the pharmacy organizations in the state. They could have federally maybe given us some money to do that and done our own contract to make sure there’s more input on the local level,” Sherman said.