Workplace staffing likely to be newest challenge during pandemic

During the next phase of COVID-19, as community spread of the virus increases, many office spaces - even testing sites - will deal with their staff getting sick. 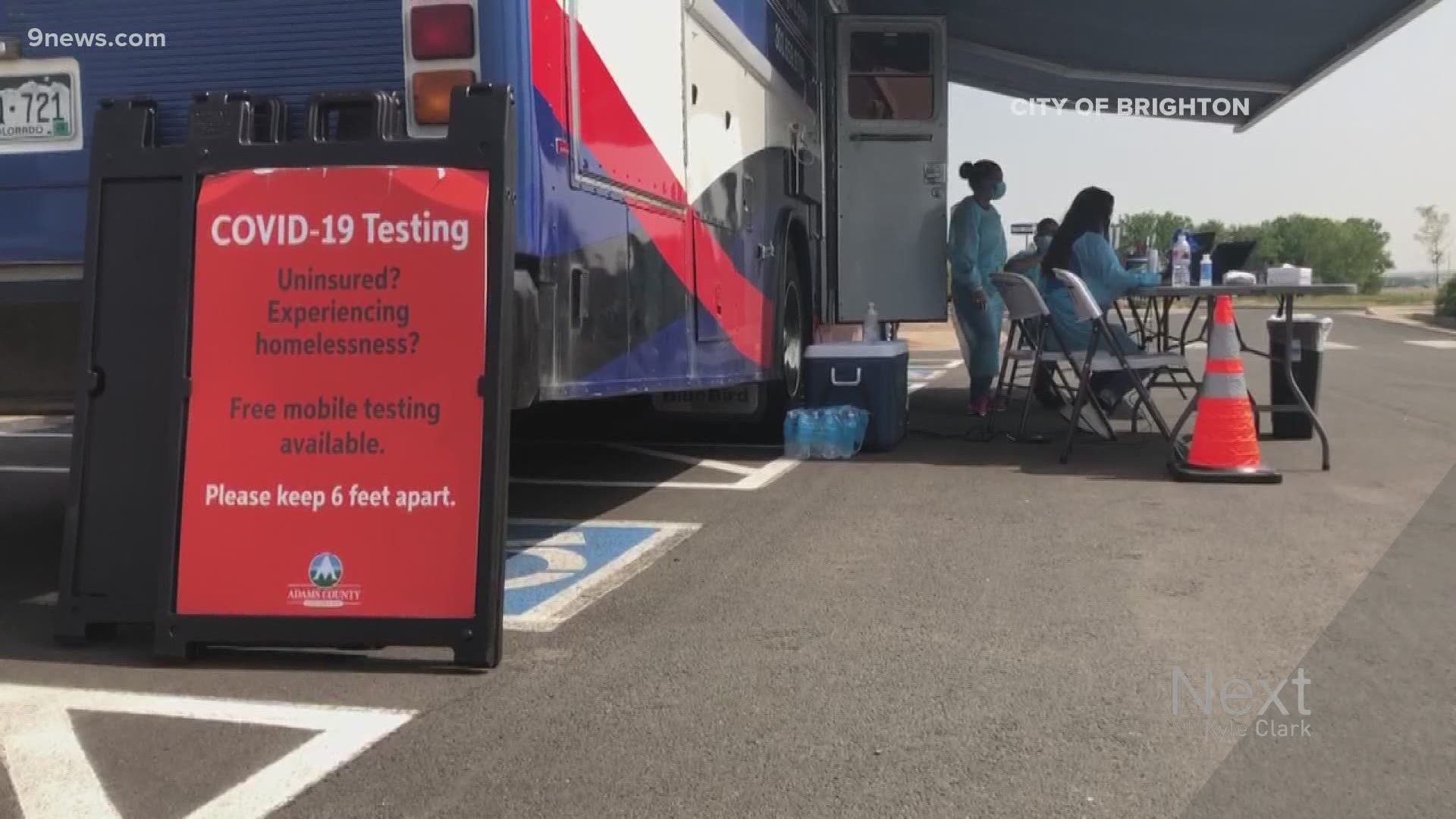 BRIGHTON, Colo. — Three Brighton city staffers who were volunteering at a COVID-19 rapid testing site in the city tested positive for the disease, a city official overseeing the site told the city council on Tuesday.

The positive cases come as the city revealed 25 of its employees also tested positive. City staffers told council the Tri-County Health Department has identified the city offices as an outbreak.

The state declared an outbreak in Brighton’s police department, after two confirmed positive cases within the department’s staff and eight others that are under investigation.

“Over the years we’ve developed alternate staffing schedules so we can handle the shortages,” Brighton Police Chief Paul Southard said. “We hold shift briefings outside in the parking lot now rather than in a closed room just to keep people separated.”

During this next phase of the pandemic, as community spread of the virus increases many office spaces may see fewer employees who are either quarantining or not taking chances on symptoms.

One area where staffing is especially a concern: hospitals.

“Last spring, we went right into a stay at home order and people really worked diligently to contain the spread,” said Cara Welch, spokeswoman for the Colorado Hospital Association. “Right now we’re kind of in a period where our community spread is changing very rapidly and growing very rapidly and that kind of puts our workforce at risk.”

“They got to the grocery stores… they’re picking their kids up at school. They have to be out and about as much as the rest of us,” she said.

Welch said about 15% of hospitals in the state report concerns about staffing shortages within the next week.

“That is unfortunately where we feel we may see the most stress on our system in the next several weeks,” she said.

To combat the shortages, hospitals have contingency plans, she said. Many are training employees from different parts of their systems to care for COVID patients in acute care or in the ICU.

One complication, unexpected a new wave of cases hits Colorado is the inability to get help from hospital staff in other states.

Welch said many doctors and nurses from Colorado traveled to assist places in crisis early on in the pandemic, anticipating other states may be able to send help if Colorado was ever in a bind. But with COVID cases rising across the country, that’s more difficult to ask.

“We had hoped Colorado would be able to tap into that goodwill and that sharing of resources but unfortunately that’s turning into a roadblock right now,” she said.