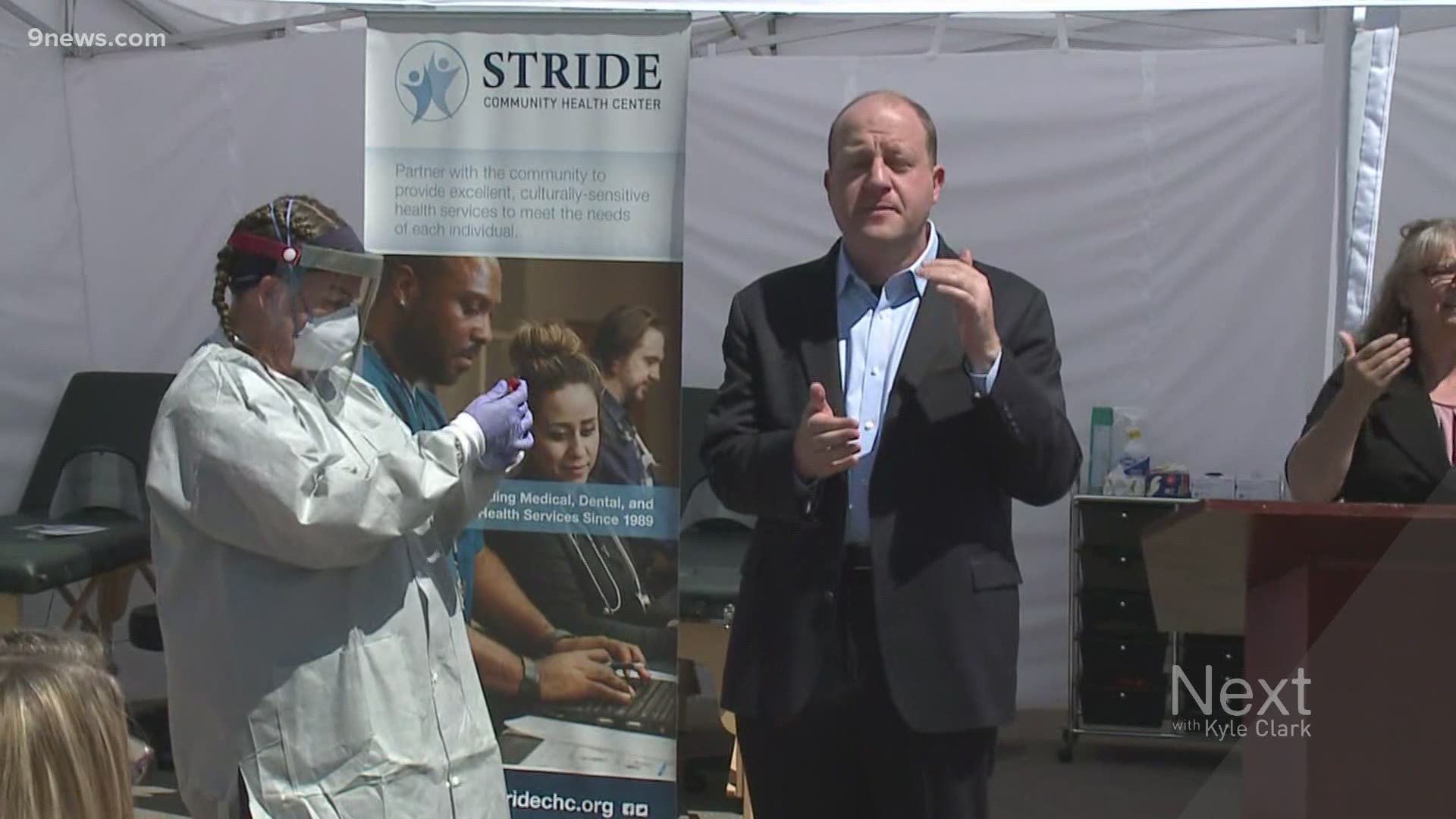 Polis signed the executive order Friday. It allows Colorado’s secretary of state to create temporary rules for signature gathering because of the COVID-19 pandemic. The new rules would remove a requirement for petition circulators to witness each signature in person.

“Our constitution requires an in-person interaction with people who sign a petition so somebody can raise their right hand and say everybody who signed that sheet said to me, 'I’m a Colorado voter, I want to support this and I’m signing my real name,'” said Chris Murray, shareholder at Brownstein Hyatt Farber and Schreck, the attorney representing Colorado Concern.

RELATED: Polis signs orders to allow petition-gathering by mail and email, after all

Under the Colorado Emergency Disaster Act, Polis has the authority to suspend statutes “only if strict compliance with the provisions of such statutes, would in any way 10 prevent, hinder, or delay necessary action in coping with the emergency.”

Polis on Monday argued the temporary rules will give people the opportunity to practice democracy with social distancing measures in place.

“It would be very convenient for a governor to shut down the initiative process and say sorry folks I’m going to take all the power and not let the people have it,” Polis said. “I think what’s most important though is that we don’t let our democracy be a casualty of this pandemic.”

RELATED: Polis says restaurants will get preliminary reopening plans by end of week

The lawsuit, filed on behalf of Colorado Concern and Dan Ritchie, the former chancellor of The University of Denver and a former CEO at Westinghouse, claims several initiatives that could be bolstered by the change would adversely affect people like Ritchie.

In a section explaining the standing of the case, the lawsuit alleges a charity run by Ritchie would be impacted by a possible paid family leave plan in Colorado and Ritchie may be required to pay more in income taxes if a graduated income tax proposal makes the ballot.

“We don’t see any reason why a court couldn’t decide this within a couple of weeks,” Murray said Monday.

He said he believes Polis has the state’s best interest in mind with this change. But he said that doesn’t excuse him from what Murray interprets as an overreach of the governor’s power.

“Our issue is not with what his motivations are… it’s with what he’s actually doing to try to satisfy those motivations,” he said.

“If you don’t think that the governor has the authority to do something, that’s really the only way to check his authority.”