Some vaccine providers in Colorado wait to start vaccinations of 65+

Some vaccine providers began allowing appointments for the new groups, while others decided to hold off until more of the 70+ population was vaccinated. 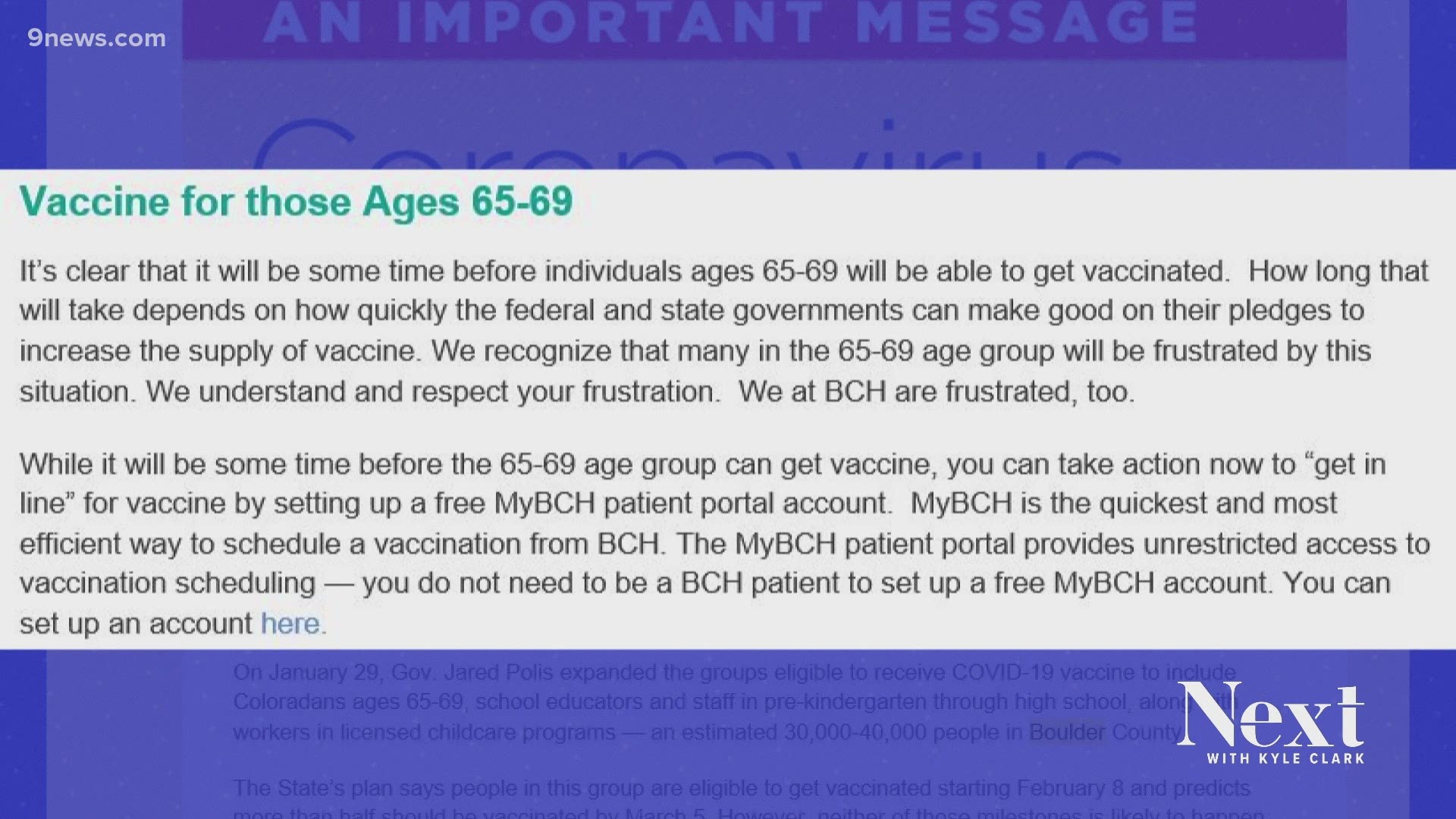 BOULDER, Colo. — When the state of Colorado announced a new pool of people eligible for the COVID-19 vaccine starting this week, it came with a caveat: all providers should continue to prioritize those over the age of 70, a group considered to be at the highest risk.

Some vaccine providers began allowing appointments for the new groups. A few others in the state decided to hold off until more of the 70+ population was vaccinated.

The state’s COVID-19 incident commander, Scott Bookman, told reporters Wednesday that the state is 73% of the way toward completing its goal of vaccinating 70% of those 70 and older by the end of February. A spokesperson for the Colorado Dept. of Public Health and Environment (CDPHE) told 9NEWS 50.1% of people 70 and over have received their first dose.

Use the form below to send 9NEWS your vaccine-related questions or news tips.

RELATED: What can Colorado expect of the COVID variants?

This week, Boulder Community Health (BCH), the largest provider in Boulder County, e-mailed its patients warning them the system would be holding off on vaccinating the 65+ population to finish catching up with the 70+ population.

“We could have opened it up now...except that we would have been scheduling you three weeks in the future with less certainty that we had a vaccine for you so for us it's working well to go week to week,” the system’s CEO, Dr. Robert Vissers, told 9NEWS.

Vissers said Boulder Community Health is currently administering about 700-800 doses of the vaccine each day. He said the system has the capacity to administer about 1,500 per day if supply increases.

He said BCH should be able to begin vaccinations for people 65+ next week.