Pfizer announced Monday it has a vaccine that is at least 90% effective. Once a vaccine is approved, when can Coloradans expect to get it? 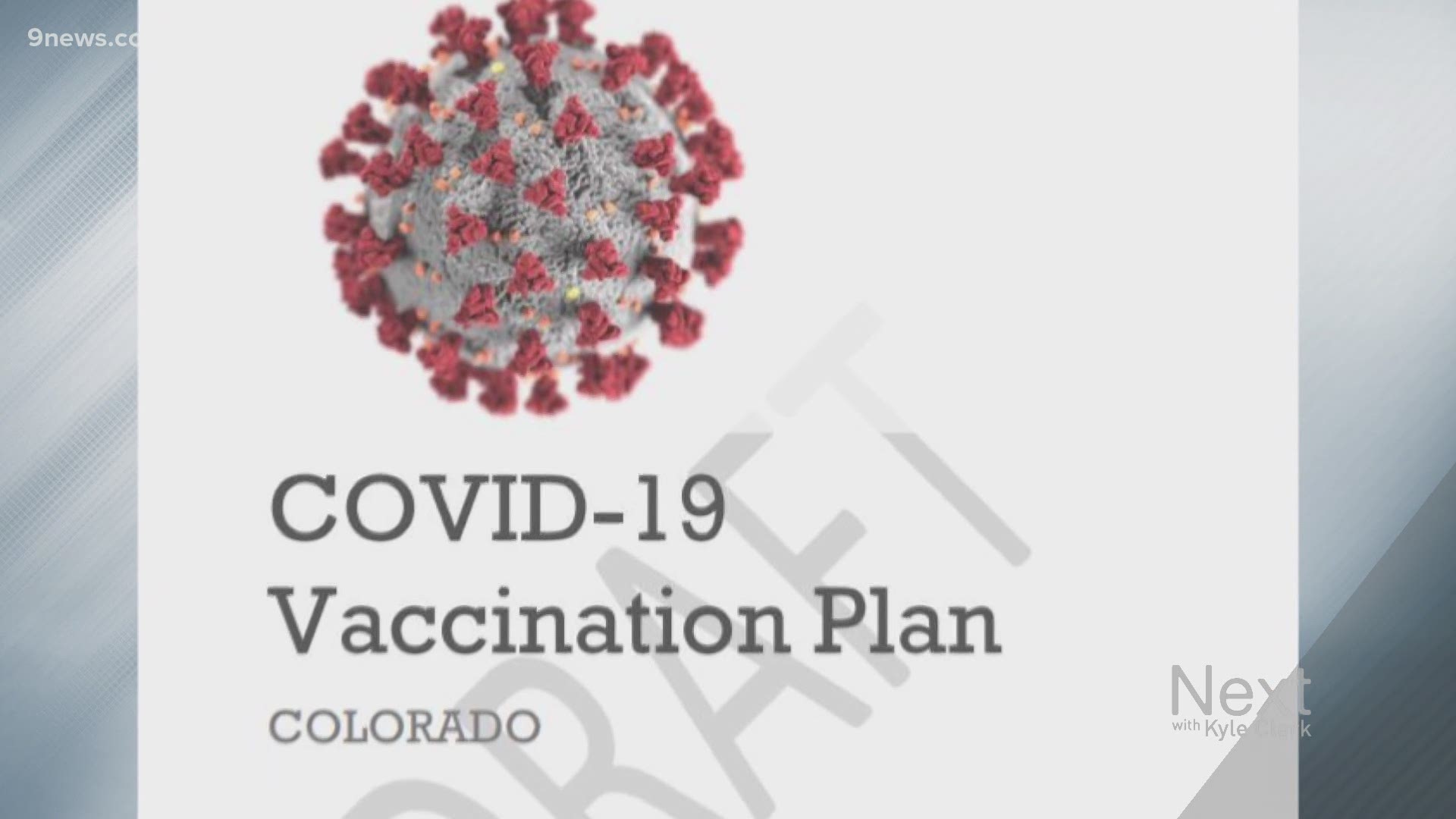 DENVER — Colorado Gov. Jared Polis announced Monday the state could receive between 100,000 and 200,000 doses of a promising vaccine from Pfizer before the end of the year.

His optimistic outlook came the same day the pharmaceutical company announced its vaccine proved to be more than 90% effective in preventing the virus. Pfizer officials plan to approach the Food and Drug Administration later this month to request emergency use authorization.

Polis estimated Monday that if the vaccine proves effective in wide use and other vaccines are approved, the general public could start receiving the shot by spring.

But in the short term, if the Pfizer vaccine does come to Colorado, the general public wouldn’t see it right away.

“That probably won’t even meet the need of that in house healthcare worker at the hospitals that we’ve seen,” he said.

A state plan for vaccine distribution, which prepares for a limited supply of vaccine doses, prioritizes health care workers, first responders and high-risk people for the first doses.

During this phase of vaccinations, Campbell said hospitals will generally receive the vaccines directly and work with their staff. If initial doses are low, those hospital systems will prioritize which members of their staffs are at higher risk.

Next on the priority list would be high-risk residents at long-term care facilities like nursing homes and assisted living centers. The state estimates more than 46,000 of them would need to be inoculated.

Campbell said the more than 40 facilities in Boulder County are partnering with major pharmacy chains to send in strike teams to immunize residents when vaccines are available.

After that population has received what it needs, the next phase would include public-facing essential workers and residents who live in congregate environments like college dorms, shelters and prisons. The state’s plan estimates more than 660,000 people would fall in that category.

After they receive the vaccine, adults over 65 years old and adults at high risk can receive it under the state plan. Then the rest of the public can.

Campbell said when the vaccine becomes widely available, the state will work to distribute it to providers. It could also be available through a drive-up location, similar to COVID testing.