How Colorado's looking for COVID variants

Three cases of B.1.351, the variant first discovered in South Africa, were found in the Buena Vista Correctional Complex. 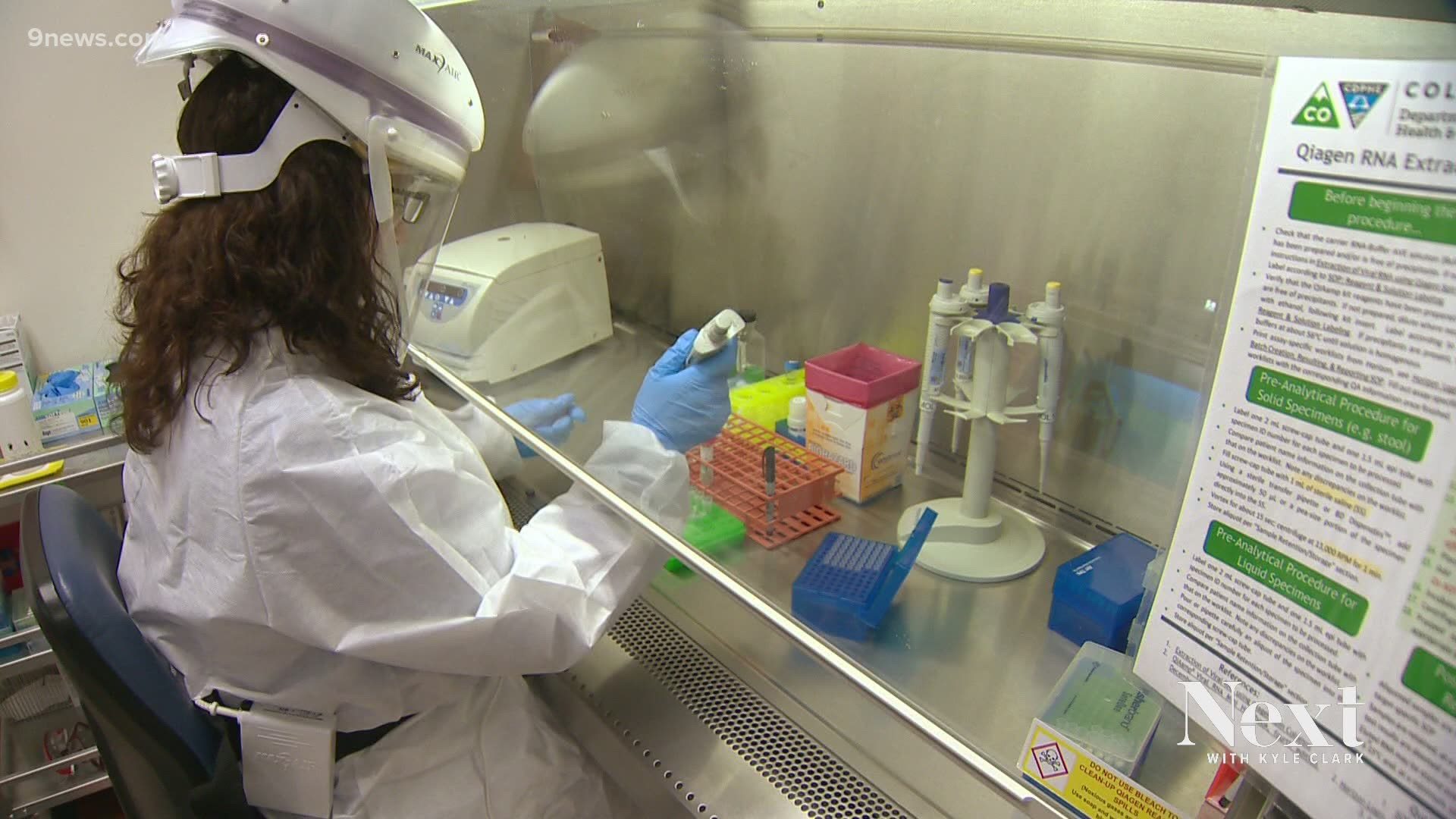 DENVER — The Colorado Department of Public Health and Environment (CDPHE) will try to sequence all positive COVID-19 test results from Chaffee County after three positive cases of the B.1.351 variant were discovered there this weekend.

The three cases at Buena Vista Correctional Complex are the first of that variant in the state of Colorado. Cases of B.1.351, the variant first discovered in South Africa, have been found in several other states.

RELATED: 90% of Colorado K-12 educators have received at least 1 dose of COVID vaccine

Two staff members at the facility and one inmate tested positive for the variant. The state epidemiologist, Dr. Rachel Herlihy, told reporters Tuesday that one of the three cases was a re-infection, meaning the patient had previously had COVID-19.

The B.1.351 variant hasn’t been found to cause more severe cases of the virus, but health experts believe it is more transmissible than other strains of COVID-19.

Currently, the state lab is testing about 5% of positive COVID samples for variants. The process is more involved than a standard COVID-19 test, as it requires gene sequencing.

“There’s a significant upfront preparation that has to happen to ensure that we get coverage of the entire genome when we’re looking at it,” said Emily Travanty, laboratory director for CDPHE.

Under protocol right now, the state sequences a sampling of positive test samples from around the state. The state lab also sequences samples that include a genetic marker that seems to indicate the presence of another variant, B.1.1.7, which first was discovered in the U.K. The first case of B.1.1.7 in the United States was discovered in Colorado.

“We’re trying to make sure that everything that has the marker goes to sequencing,” Travanty said, though she also explained finding the variant first discovered in the U.K is a bit easier than others because of a certain marker in its sequencing.

The problem is, there is not a marker like that for other variants, like this one just found in Buena Vista. Because of that, the state will have to continue keeping an eye on that small sample they can test each week and focus their efforts when they find cases.

“We’re trying to make sure we are not focused only on the marker and that we are getting a really broad sampling…cast a wide net across the state to make sure we don’t miss anything else.”

Also Tuesday, Gov. Jared Polis said there's an emergency plan that surges vaccines to people who might be impacted by variant cases. The states rushing those to family members and other contacts of staff members at the prison in Buena Vista.

The state lab also said they are going to try to test all the positive samples from Chafee County for variants, to see if this is spreading.

RELATED: DougCo commissioners pass resolution asking for all COVID-19 restrictions to be lifted