Colorado Crisis Services gets record-breaking number of calls during pandemic

The state is making sure it has the resources to handle the increased volume of people reaching out for help. 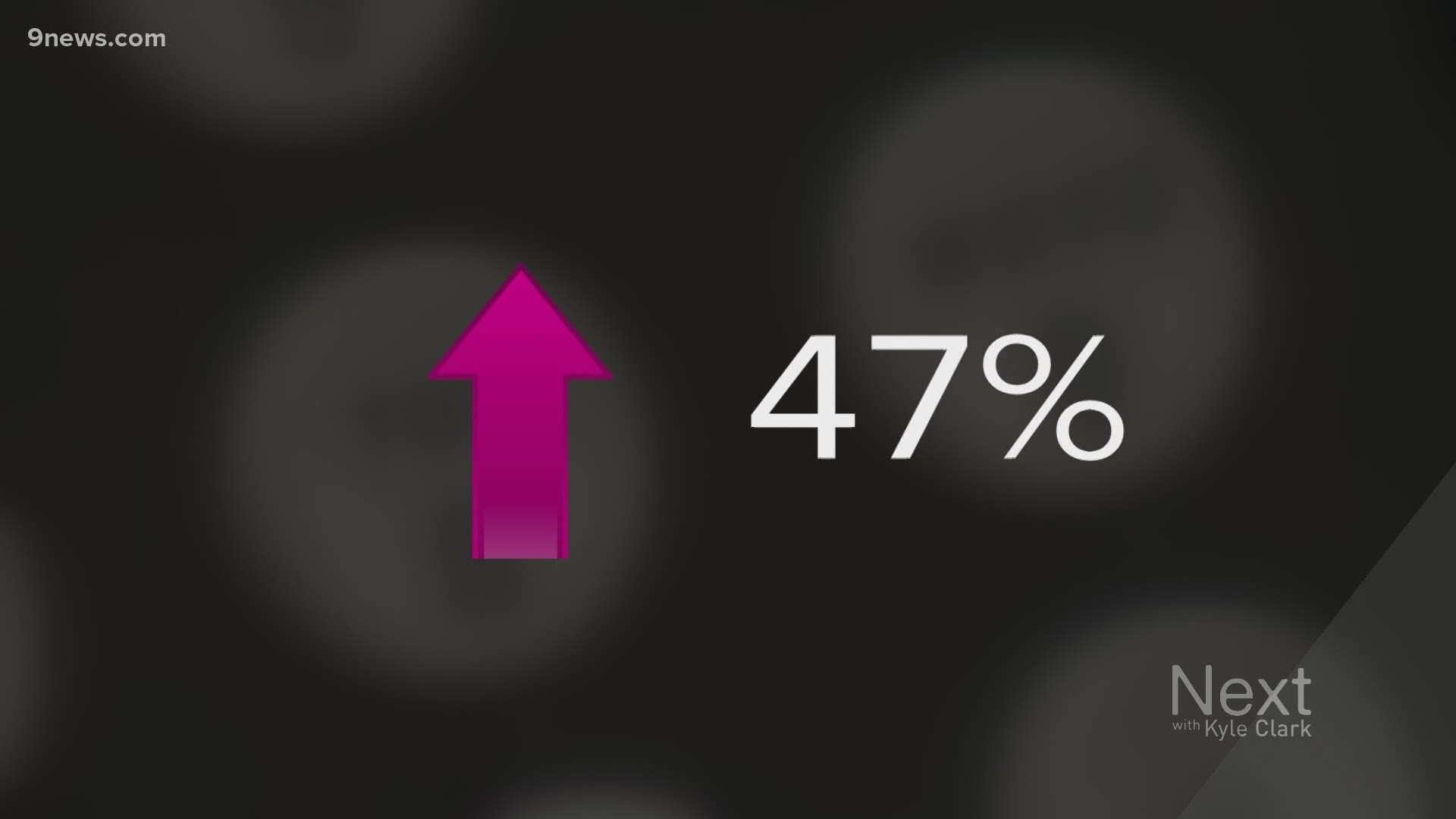 DENVER — The Colorado Department of Public Health and Environment (CDPHE) said the Colorado Crisis Services line had a record-breaking volume on inquiries in February, March and April of this year.

In an email, the state said they do know many community-level risk factors are on the rise. Through April, 60% of the calls were COVID-19 related, including topics linked to financial and relationship stressors, anxiety, depression, suicidal ideation and substance use, according to CDPHE.

The state also said they have not noticed an increase in suicide deaths in 2020 so far, compared to similar time periods in previous years. With that said, health officials in Colorado say it's too soon to draw any conclusions because the data has a significant delay built into it, and the information comes in county-by-county from the coroners.

CDPHE said Colorado's collective mental health does play a role in how the state proceeds with managing COVID-19.

In their email to Next with Kyle Clark, the state department of health wrote:

"Coloradans' mental health including suicide prevention is a priority and will continue to be a priority for the state. The Governor has stated one goal of moving into the Safer-at-Home phase is to minimize secondary health effects, including the impact these policies have on isolation, loneliness and mental health."

The state had anticipated an increase in people reaching out for help, especially as many providers shifted to delivering services via telehealth, and more calls were directed to the hotline. A marketing campaign around the hotline also picked up again.

Vincent Atchity with Mental Health Colorado has been watching the issue closely.

"Most of us are people who thrive better with community and are not natural hermits," he said. "That takes a toll when you feel cut off from their support system."

Atchity said the economic downturn only adds to the concern.

"All of the impact of the economic downturn and the toll that will take on people as they face prolonged periods of unemployment and housing instability -- we could see a dramatic second wave of a pandemic that would be a mental health pandemic, associated with depression that's not just an economic depression but a mental health depression," Atchity told Next.

RELATED: Millions spent on Colorado field hospitals that might never see a patient

Dr. Christian Thurstone, the director for behavioral health at Denver Health, said they have seen a 30% increase in outpatient volumes, for issues including help for anxiety, depression and substance abuse during the course of the coronavirus pandemic.

Thurstone said, on average, Denver Health paramedics respond to eight overdoses in the Denver metro area a week but since the week of March 1, they have responded to an average of 11 overdoses weekly.

Similar to what CDPHE said, Denver Health hasn't seen an increase in the number of suicide deaths or suicide attempts presenting themselves to the hospital's emergency department.

"The number of people going to the emergency department with suicidal thoughts has really decreased since the pandemic started," said Thurston. "I really don't take much comfort in that because what that shows me is people aren't reaching out for help. They're afraid to go to the hospital and afraid to get in-person help."

The state is making sure the resources available now are able to handle the increased volume of people reaching out.

Additionally, Thurston said he wants people to know there is help 24/7.

He mentioned protective factors during this pandemic, one of them being that it's OK to talk about mental health, and it's OK to say that you're not OK.

Thurston referenced the "pulling together effect" that happens after a disaster, too, where people come together and support one another. For example, at Denver Health, people have been donating food and toys for health care workers. Thurston said actions like that have a very real impact on protecting people's mental health.