The Colorado Secretary of State's Office announced Wednesday that a lawsuit will be filed to overturn the rule that requires the Electoral College to vote for the winner of the popular vote. 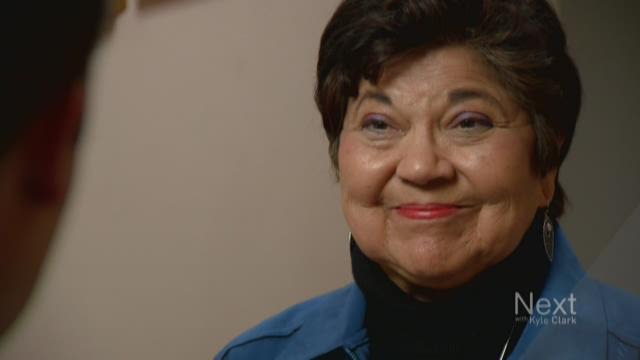 Several members of the Electoral College across the country started a movement to keep Donald Trump out of office. Their plan is to rally so-called “faithless electors” around a moderate Republican to become president instead of Trump.

But there’s a potential snag in Colorado. State law requires all nine of our electors to vote for the winner of the popular vote, which is Hillary Clinton this year.

Colorado Secretary of State's Office announced Tuesday that a federal lawsuit is being filed in hopes of striking down that Colorado law.

Colorado Governor John Hickenlooper, Colorado Attorney General Cynthia Coffman and Colorado Secretary of State Wayne Williams are named as defendants in the suit. The lawsuit is being filed by two of Colorado's Democratic electors, Polly Baca - a former state senator - and Robert Nemanich.

The lawsuit argues that the U.S. Constitution intends for the Electoral College to “be a deliberative and independent body free to cast votes for whomever they deem to be the most fit and qualified candidates.” The language of the suit also criticizes both Trump’s loss of the popular vote, and his campaign in general.

"Plaintiffs believe that the Republican nominees for President and Vice-President, Donald Trump and Mike Pence, represent a unique danger to the Republic and embody the very reason why the Founders created the Electoral College," the suit says.

Lynn Bartels, a spokeswoman for Williams, said the lawsuit would be filed in U.S. District Court on Tuesday afternoon.

Williams issued a statement about the suit, to say this has been a law since 1959. He calls the choice of these two Colorado electors arrogant, odious and a conspiracy:

Since 1959, Colorado law has required electors to vote for their pledged candidates. Coloradans cast their votes based on these pledges. Unfortunately two faithless electors – prior to even taking office – have arrogantly thumbed their noses at Colorado’s voters and have announced their intent to violate Colorado law.

Instead of honoring the will of the Coloradans who voted for them, these two faithless electors seek to conspire with electors from other states to elect a president who did not receive a single vote in November. Indeed, the very Federalist 68 they cite cautions us that “every practical obstacle should be opposed to cabal, intrigue, and corruption.” Yet that is exactly what the electors here have succumbed to: cabal, intrigue and corruption. The court should reject this illegal conspiracy.

Make no mistake, this is not some noble effort to fight some unjust or unconstitutional law; rather, this is an arrogant attempt by two faithless electors to elevate their personal desires over the entire will of the people of Colorado. And in so doing, they seek to violate Colorado law and their own pledges. The very notion of two Colorado electors ignoring Colorado’s popular vote in an effort to sell their vote to electors in other states is odious to everything we hold dear about the right to vote. It is this type of evil that President Franklin Roosevelt warned us about when he cautioned that voters – not elected officials such as these faithless electors – are “the ultimate rulers of our democracy.

Simply stated, there is no honor in their actions, and my office will vigorously defend the will of the people of Colorado over two faithless individuals who refuse to uphold their pledge to give voice to Colorado’s electorate at the national level.”

"That's too bad. I feel sorry for him," Baca says of Williams' words. "Because he certainly doesn't understand the Electoral College and the history of our Constitution. So maybe he ought to read up a little bit and study a little bit more."

Baca has spent more than years 50 in Colorado politics, and has never attempted something like this before. She says this time, it's about genuine fear for the country. This time, it's about carrying out Alexander Hamilton's vision of the Electoral College.

A handful of electors across the country also plan to vote against Trump, another Colorado elector named Michael Baca (no relation to Polly) has said to 9NEWS. The group includes one Republican elector from Texas. They're hoping to push John Kasich into office in Trump’s place.

Most political experts have called the idea a long shot, but that’s also what most experts said about Trump’s odds of winning the election this year. Thirty-seven votes could send the vote to the House, which would then choose the president.

Rogue elector says Republican is on board