A self-driving car owned by Uber struck and killed a pedestrian in Tempe, Ariz. on Sunday night. Could it happen here? 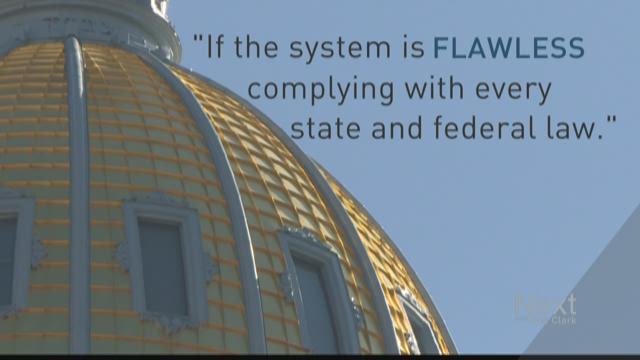 A self-driving car owned by Uber struck and killed a pedestrian in Tempe, Ariz. on Sunday night.

It may not be a question of if this will happen in Colorado at this point, but when?

Last year, the state passed a self-driving car law, which says a they can be on the road "if the system is capable of complying with every state and federal law. Not "flawless," or "road-tested," but "capable of." Currently, the state isn't tracking the number of companies testing driverless cars.

Essentially, companies are on the honor system. If they believe their vehicle can abide by the law, the vehicle can hit the road. If someone doesn't think their car can self-drive and obey all the traffic laws, they are supposed to ask the state for permission to test it.

Colorado's had only two applications - one from a company called EasyMile, which makes these boxy-looking shuttles, and the state itself.

CDOT is testing a driverless truck to follow its crews and protect them from being hit by other vehicles on the road.

We also know CDOT supervised a self-driving Anheuser-Busch semi when it transported beer in 2016.

Colorado's law says liability for a crash involving a self-driving car should follow all of our existing laws on the subject. Incidents like the Uber case in Arizona could end up making new case law on the issue in court.