The U.S. Supreme Court will hear the case on April 28. 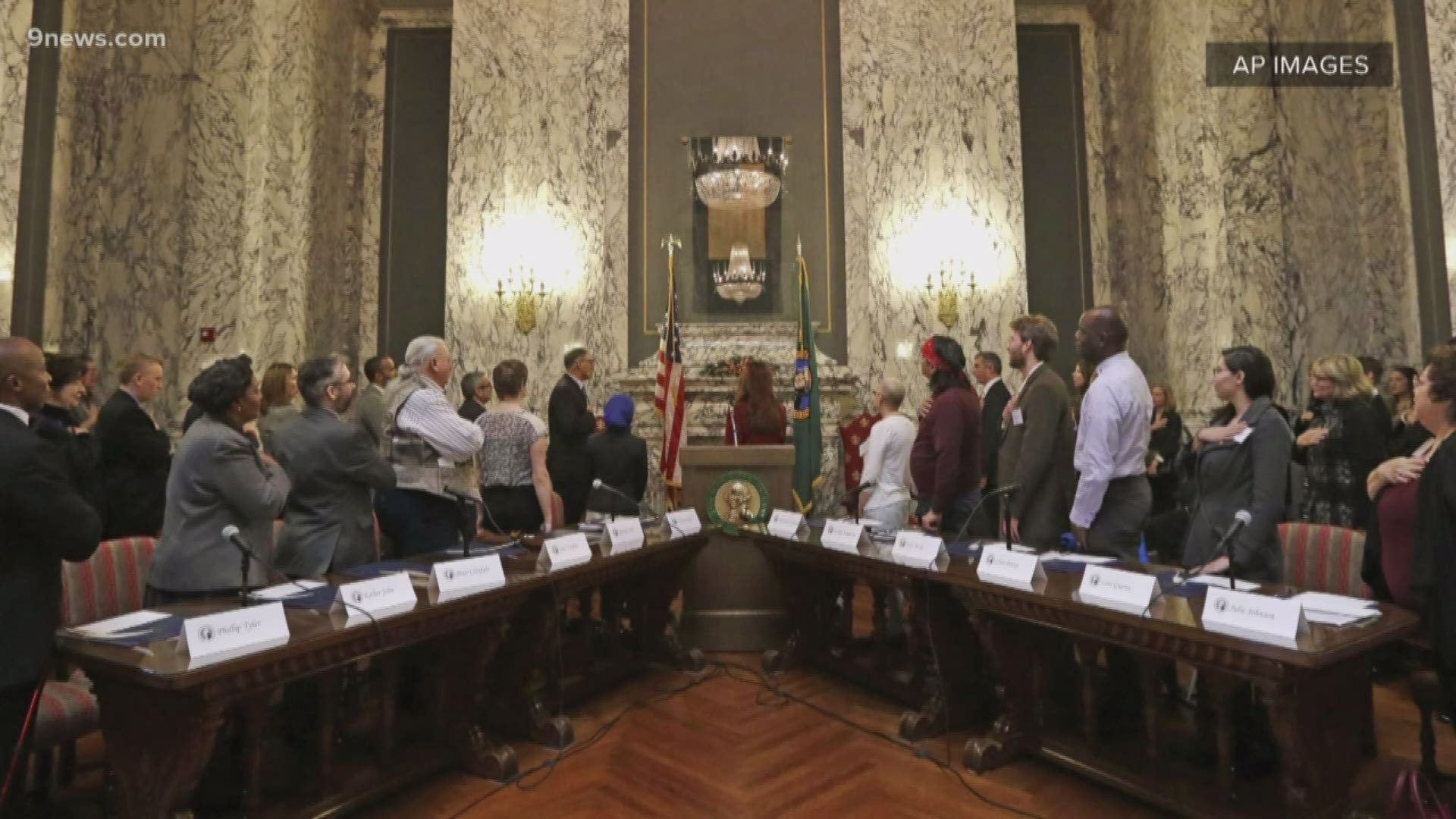 DENVER — The U.S. Supreme Court has said when it will hear oral arguments in the case involving a Colorado “faithless elector."

According to the court, the one-hour arguments are slated for Tuesday, April 28. A ruling that's expected by June 29 will determine whether electors are free to cast a vote on their own or are bound by the presidential election results.

Last August, a U.S. Federal Court of Appeals determined that it's unconstitutional to remove a "faithless elector" for not casting their vote for the presidential candidate who receives the most votes in Colorado.

This decision – Baca v. Colorado Department of State – is now up for review in the Supreme Court.

In 2016, one of Colorado's nine electoral college electors, Michael Baca, cast his vote for a candidate who did not receive the most votes in Colorado.

Hillary Clinton won the presidential vote in Colorado, and state law requires the nine electoral college electors to cast their vote for the person who wins the popular vote in the state.

Then-Secretary of State Wayne Williams removed Baca as an elector, discarded his vote and appointed a replacement elector, who then cast a vote for Clinton.

Baca is now a high school government teacher in Las Vegas. He told 9NEWS he didn't set out to have a case in front of the Supreme Court but now that it's there, he wants the decision to lead to reforms from lawmakers. His hope is that the country moves to a "one person, one vote" plan, with the winner of the national popular vote taking office.

Colorado Attorney General Phil Weiser, a Democrat, will likely be the one arguing the case in front of the Supreme Court in April. In his role, he will defend the actions of Williams, a Republican.

Baca's attorneys have until March 2 to file their briefing with SCOTUS. This is a document that essentially spells out why the court should rule in their favor.

Weiser's office has to file their rebuttal to this on April 1.

Amicus briefs — or arguments from people or groups that have interest in the case, but aren't involved — are due on April 8.