What are those colorful dinosaurs off of Highway 93?

Enormous beasts, long-thought extinct, have been spotted around Golden. They're the work of artist Pat Madison. 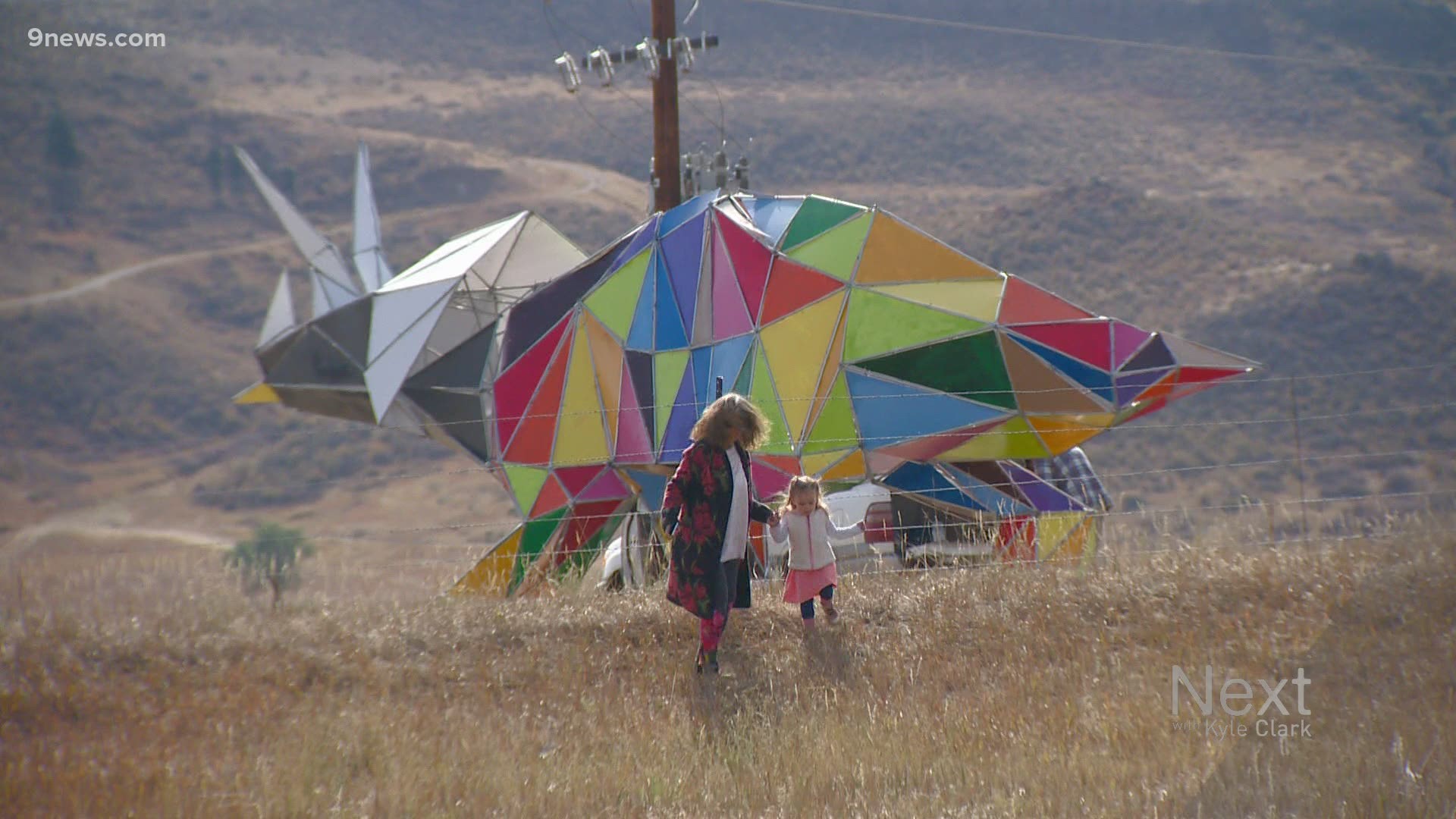 Starting in March, when the stay-at-home order was issued in Colorado, Madison starting putting his family together -- his family of triceratopses, that is.

He built a baby triceratops, two moms and a dad. They're large, bright and colorful sculptures now standing as a family on private property at the southwest corner of Highway 93 and West 56th Avenue, north of Golden.

“My friends own the property, and they saw the smaller triceratops, and they said ‘hey, make a life-size one and you could put it on our property,'" Madison said.

As you drive south on Highway 93, the first dinosaur you'll see is the dad. He’s the most prominent and most colorful.

“The big triceratops, as near as I can tell, is the accurate size,” the artist said.

Highway 93 is known for being a bit congested, so his work will get a lot of views, but there is also a bit of wind that howls through there.

“That wind that barrels down here makes me a little bit nervous about whether or not they would blow away, so I’m just putting some finishing touches on anchoring them,” Madison said as he secured his art with rocks and guy-wires.

Madison is no stranger to the art scene.

“My wife is the true artist," he said. "She’s a retired Jeffco art teacher, hanging out with her and her friends, I think some of that rubbed off on me."

He also has three works of art in Golden. If you’ve walked along Clear Creek near Washington Avenue, you would have seen his "Return of the Cutthroat" and "Rotary Butterflies" pieces.

He was hoping his yet-to-be-named triceratops family would find a place downtown.

“They just had a competition for one of their public art spaces, and they selected another piece,” Madison said.

So, the city missed out on having a triceratops family in town, but Golden is known for the prehistoric figure, according to Madison.

“The reason why I picked the triceratops is Golden is more or the less the home of the first fossil found of a triceratops,” he said.

Now, this private land just north of Golden will be known for a modern triceratops… or four.

“It felt good to be able to put this someplace where people will be able to see it and appreciate it. I hope it makes them smile and maybe laugh when they come by,” Madison said.

People young and old have already come by to see Madison’s triceratops family.

“You know, it’s very rewarding any time I put something out there. I’m always worried that it’s not going to be well accepted, but it’s been very encouraging and rewarding the way people have reacted to this art piece,” Madison said.

Like any old dinosaur, the only thing that will move these sculptures from their current spot will be time.