As she enters Colorado governor's race, Ganahl won't say if 2020 election was fraudulent 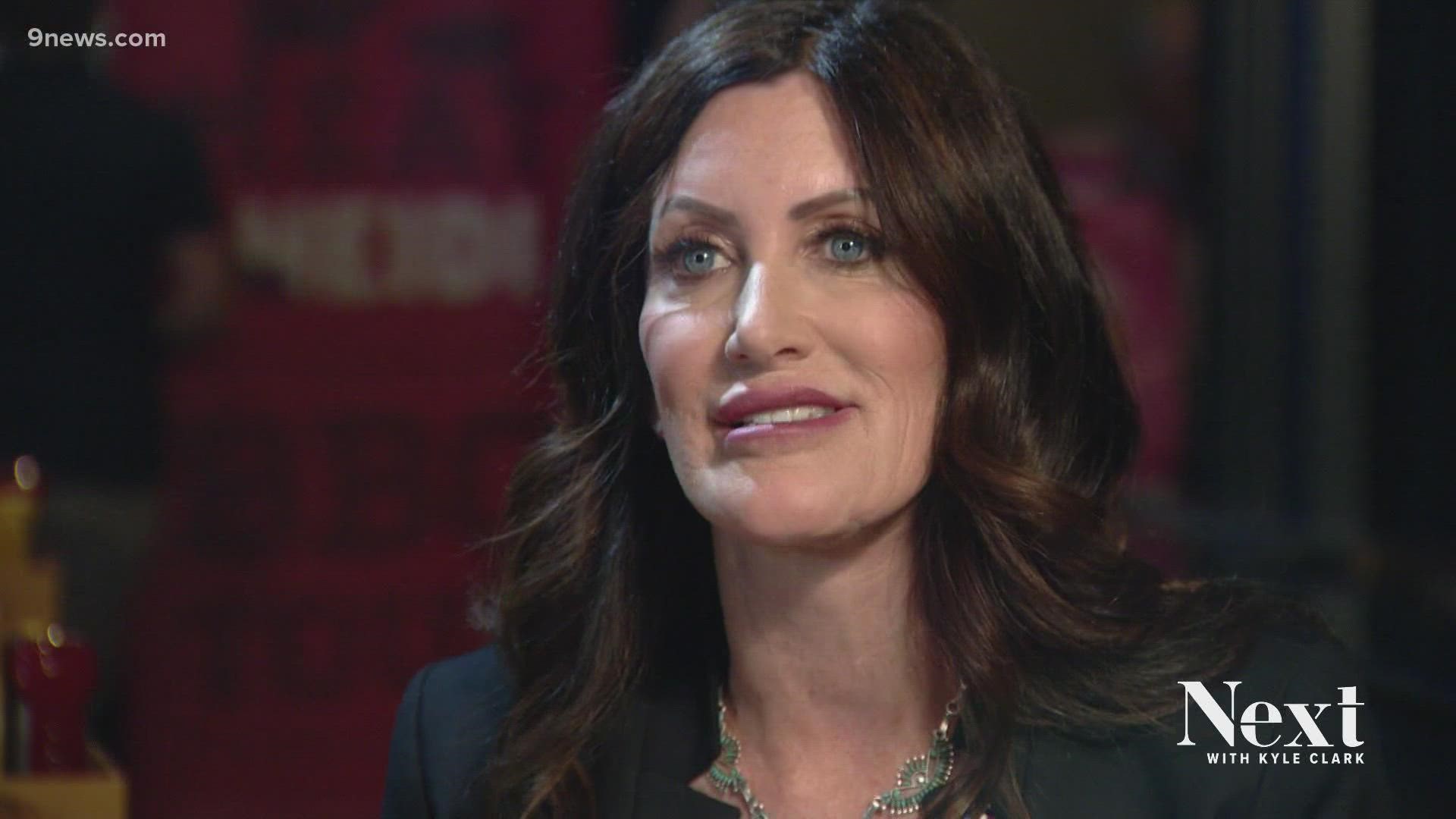 The University of Colorado (CU) Regent, and last Republican to hold an office elected statewide, kicked off her campaign with multiple stops in Monument, Castle Rock, Centennial, Aurora, Westminster, Fort Collins and Greeley.

Next with Kyle Clark caught up with Ganahl for a one-on-one after her stop in Westminster.

9NEWS political reporter Marshall Zelinger: "We talked the day after the November 2020 election, which was not a great day for Colorado Republicans. And one of the questions I asked you was the prospect of running a statewide race as Republican in Colorado. Do you remember what you told me?"

Ganahl: "Vaguely. I said it would be difficult, but I think it's gotten a bit easier because of the stuff that's going on in our state. It's really bad right now, and nationally. And so, crime's skyrocketing, the cost of living's out-of-control, our kids are in trouble, so we need change. And I'm a mom, on a mission, I'm an entrepreneur, I'm a small business owner and I can't stand watching what's happening to our state, so at the end of the day, I was like, someone has to put their hand up and be the change we want to see here."

Zelinger: "…is the direction of Colorado?"

Zelinger: "Your Twitter handle today, last I checked, had 196 tweets, so let's called it 200. Before you were running for governor it had 2,000 tweets. Now, as a CU Regent, you have voted publicly on CU issues, education-related issues, but for people that want to get to know you and might want to know what did you say and think about the January 6th insurrection or what do you think about COVID restrictions in the state, all of that proof that you might have said it on Twitter is now deleted. Why not leave it there for someone to be able to view and for you to answer questions about?"

Ganahl: "Oh my gosh, Marshall, there's a world outside of Twitter. There's a lot of ways to learn about me and what I do. But honestly, I've had a policy as a businessperson to clean up my social media every few months for years, it's not anything new, so I was kind of shocked by the, kind of, hoopla over it. But, I am so involved in the community around Colorado. I'm involved in lots of non-profits. Obviously Camp Bow Wow and SheFactor. I think that's how people can get to know me and what my views are."

Zelinger: "One last thing on that, 1,800 or so tweets disappearing. I know it's one area, but that's a lot, that's the majority of what you -- I mean, everything before May 31 is gone."

Ganahl: "I don't think that's important. I think what's important is what's wrong with Colorado right now and the direction we're headed in. This is, kind of, silly to spend our time together talking about Twitter when crime is skyrocketing, kids, the suicide rate is out of control here. No one's talking about that. As a mom, that just ticks me off. Our kids are dying. That's serious. That's more important to talk about." 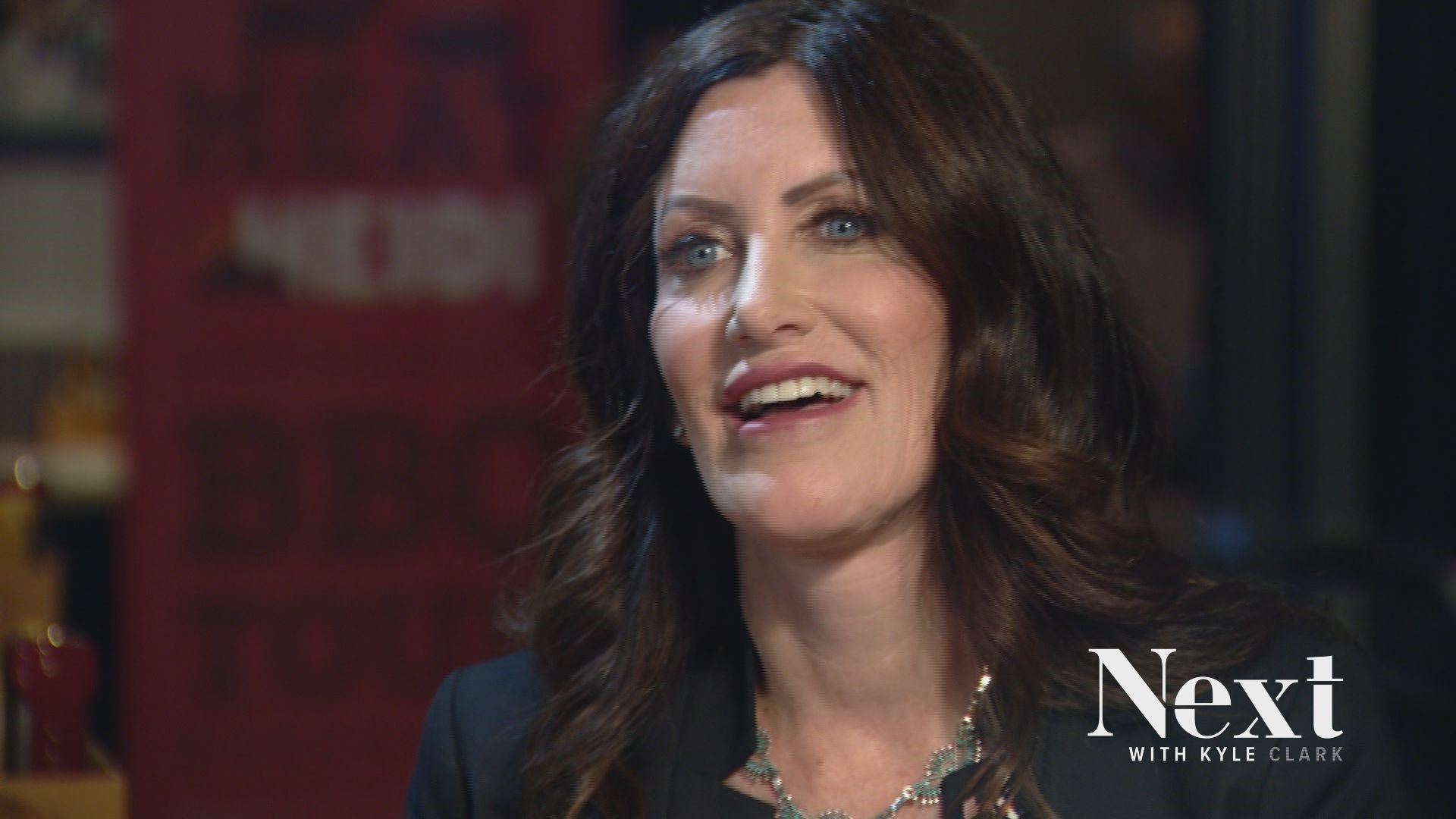 Zelinger: "As a Republican, as anybody, do you think there was fraud in the 2020 election?"

Ganahl: "Again, why all the divisive questions? Let's talk about what unites Colorado and what unites Colorado is that our kids are in trouble, crime is skyrocketing, the cost of living is out-of-control, small businesses are being shuttered. That's what the people of Colorado are focused on and what I want to focus on in my race. Let's talk the future and building a better future for Colorado."

Zelinger: "Is there anything that you still need to learn to know if you feel that there was fraud in the 2020 election?"

Ganahl: "Oh my goodness, Marshall. Let's talk about what's important to the people of Colorado. And that's kids, it's skyrocketing crime. I just said that kids are killing themselves at record rates and we want to talk about other things that aren't that important to many people."

Ganahl: "I think the best thing he's done is try and stay calm and focused and communicate with us about his decisions. I disagree with many of his decisions. I think the nursing home debacle last fall is not getting talked about. That's a really serious issue and the news just, kind of, shoved it under the carpet…and I think that we've got to talk about that. I mean a lot of our seniors, a lot of the folks in nursing homes died because of that decision."

The nursing home reference is about a June Colorado Public Radio investigation by reporter Ben Markus.

Earlier this year I was working on a story about the "third wave" of COVID in Colorado. Not an investigation, just a look at the craziness the state found itself in: cases rising, Polis tests positive, counties want stay-at-home, etc.

It uncovered that the state's COVID testing and contact tracing were overwhelmed in late 2020, while nursing home deaths were rising to double the national average. Markus also found that the state paid nearly $90 million to a start-up company to test nursing home workers and residents without symptoms, but abandoned the test after just two months.

In a follow up email to Ganahl about what she would have done as a solution, she said: "I would say 'everything'. As governor, the buck stops with you. Instead of relying on repaying partisan political favors to top donors, I would have been proactive and transparent to find the best option available to protect our most vulnerable seniors. Polis laid blame on other members of his cabinet for approving the failed multi-million dollar contract. Coloradans deserve a leader who will take responsibility for their actions and I have that integrity as a former CEO."