One of the laws is called the Isabella Joy Thallas Act and is named after a Denver woman who was shot while walking her dog. 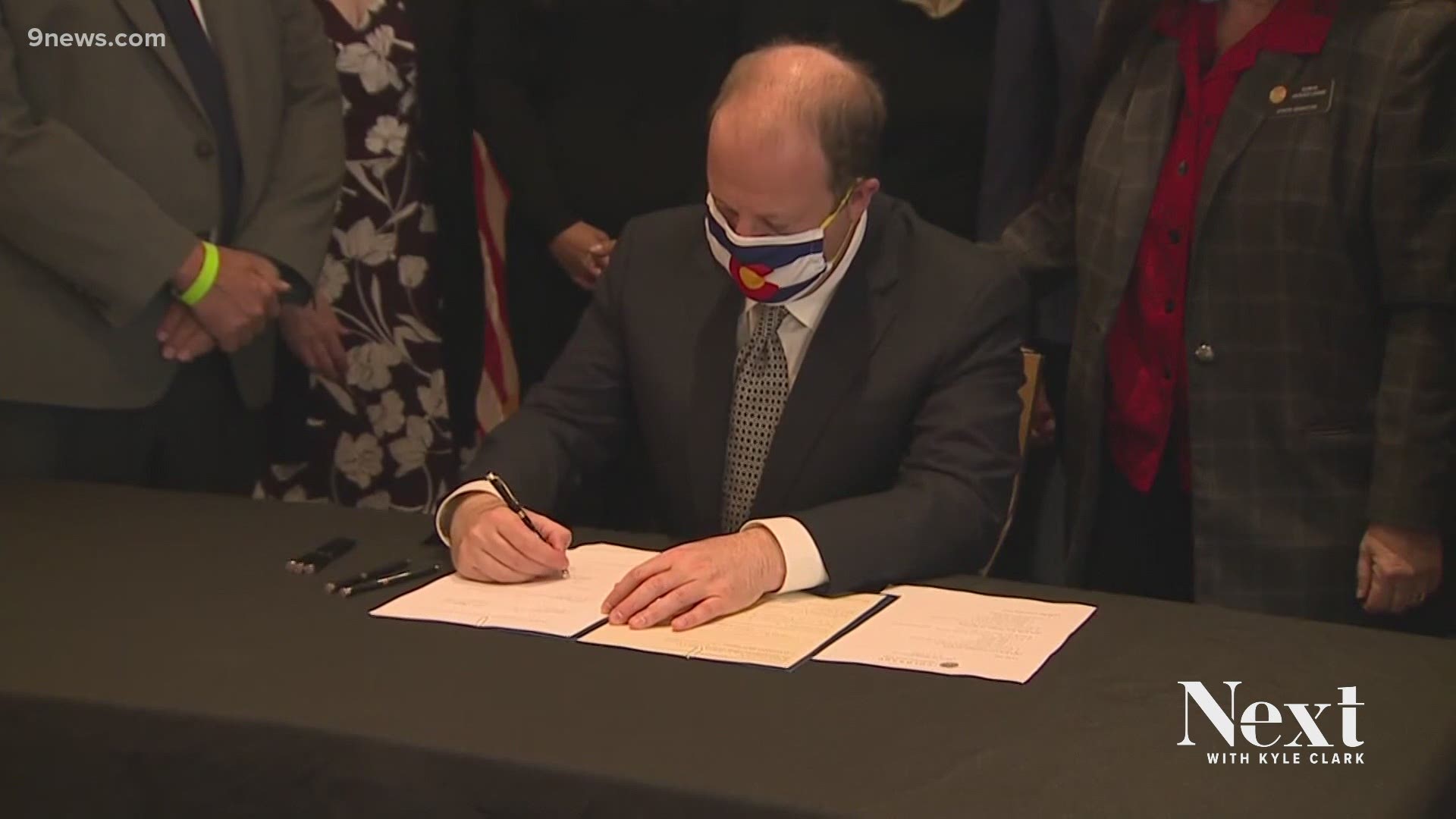 DENVER — Gov. Jared Polis on Monday signed two gun control measures into law at a noon ceremony at the governor's mansion in Denver.

The new laws are tied to House Bill 1106, which requires safe storage of guns in households with minors; and Senate Bill 78, which requires firearms owners to report when their weapons are lost or stolen within five days.

RELATED: 'This is one that I'll remember as long as I'm alive': DPD Chief Pazen discusses Isabella Thallas murder

The latter is known as the Isabella Joy Thallas Act, in honor of the Denver woman who was murdered on June 10, 2020 by a neighbor as she was walking her dog in LoDo. The rifle used in the murder was stolen by the alleged shooter from a lifelong friend, a Denver Police officer, and without the officer's knowledge or consent.