Colorado is designing a state option for health care

State leaders are hoping people will weigh in on their proposal to offer a state option for health care but not everyone thinks the plan will work. 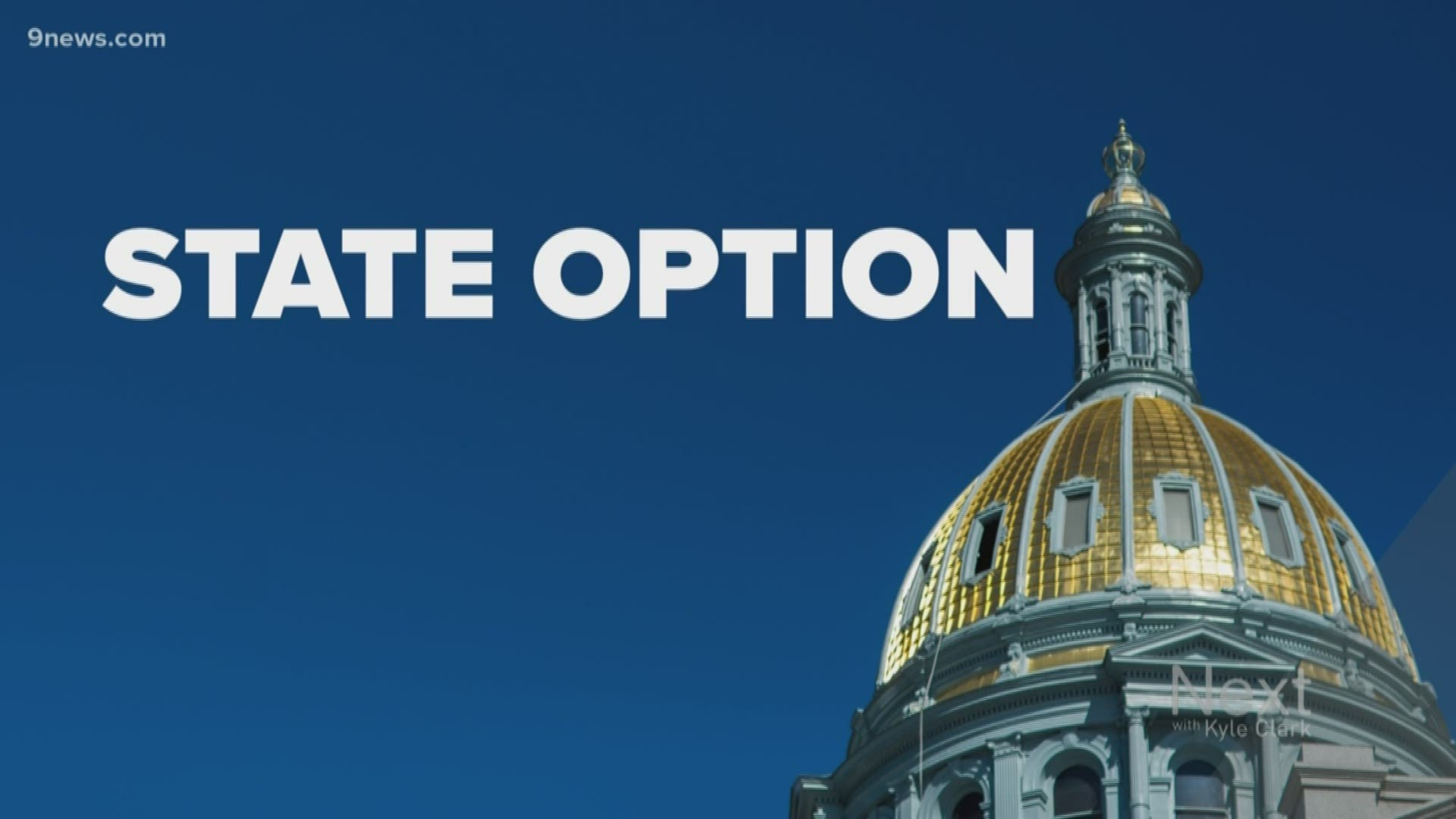 DENVER — The state of Colorado is asking for public input on a proposal for a state-designed health insurance plan. The community has until Oct. 25 to weigh in on the proposal before it heads to state lawmakers on Nov. 15.

Here is what we know about the proposal:

What is a state option for health care?

Kim Bimestefer is the executive director of the Colorado Department of Health Care.

She said her department is working on designing a health care option that people in Colorado can join, with the goal being to make the health care marketplace more competitive and more affordable by cutting down premiums and out-of-pocket costs.

In the proposal published online, it outlined how that might be possible writing:

The state would set the parameters for this proposed state insurance plan but when it comes to administering it, it would hand that responsibility to insurance providers who have the capability to do so.

Why does the state think this is important?

Bimestefer said lawmakers and her department heard from Coloradoans that said health care isn't as affordable as it could be, and that some patients are paying more than in other states.

One of the changes the state is looking to make in this proposal focuses on hospitals.

"What we've changed is we've said, 'Hospital, we'd like you to change your pricing, so you're more competitive with what consumers all across the country pay,'" said Bimestefer. "Our prices are higher in this state for hospitals. We believe there is opportunity in our Front Range and some of our resort communities, while we are fiercely protecting the sustainability of hospitals in rural communities."

However, details on how that will be done are still being worked on and are part of an ongoing conversation, according to Marc Williams with the Colorado Department of Health Care Policy and Financing.

Williams did say said the state is worried about pricing discrepancies along with the Front Range and mountain-area hospitals, and that they are working with all hospitals to ensure their viability.

Who is not thrilled with the idea?

The Colorado Hospital Association (CHA) posted a statement online that said while it agrees affordability is an issue, they have concerns with the proposal:

"After initial review, Colorado Hospital Association has concerns with the state's draft report on public option. While CHA and its member hospitals and health systems supported House Bill 19-1004 during the legislative session and the legislators that brought the idea forward, and we appreciate the work by the Polis Administration to develop this plan, there are several components that give us cause for concern," said Chris Tholen, CHA executive vice president.

House Bill 19-1004 was signed by Governor Jared Polis in May 2019, so that the Department of Health Care Policy and Financing and the Division of Insurance in the Department of Regulatory agencies could develop this proposal.

“In the public stakeholder process, CHA and its members shared that any public option plan should:

Safeguard access to high-quality care through sufficient payments for providers and hospitals.

The Colorado Association of Health Plans, which works with 11 insurance companies in Colorado, said they are still working on digesting the plan but an initial concern is about a recommended requirement for some insurance companies to provide a state option plan. Those insurance providers would have to be large enough with the capability of carrying out this requirement.

In response, Bimestefer said when it comes to asking hospitals to lower prices, her team "wouldn't be expecting them to jump up and down for joy."

"We need to give them grace and time," she said.

Bimestefer also said between 2016 and 2018, 27 Denver-area hospitals saw profits increase 50% to more than $2 billion, so it feels like there is some wiggle room save money.

People could started reading through the proposal Monday.

Then there were two public meetings in Denver and Pueblo on Tuesday, so state officials, including from the Department of Health Care Policy and Financing, could walk people through the proposal.

The state extended the public comment period by a week to Oct. 25, and is planning to give a final draft to state lawmakers on Nov. 15.

However, this is just a proposal. In order for a state option to be rolled out in 2022, state legislators have to pass another set of bills in the upcoming session, starting in January.