Colorado lawmakers consider paid family leave once again; What does the 2020 bill say?

"Every worker in Colorado is going to start getting paid family leave" if this bill gets enough support its sixth time around. 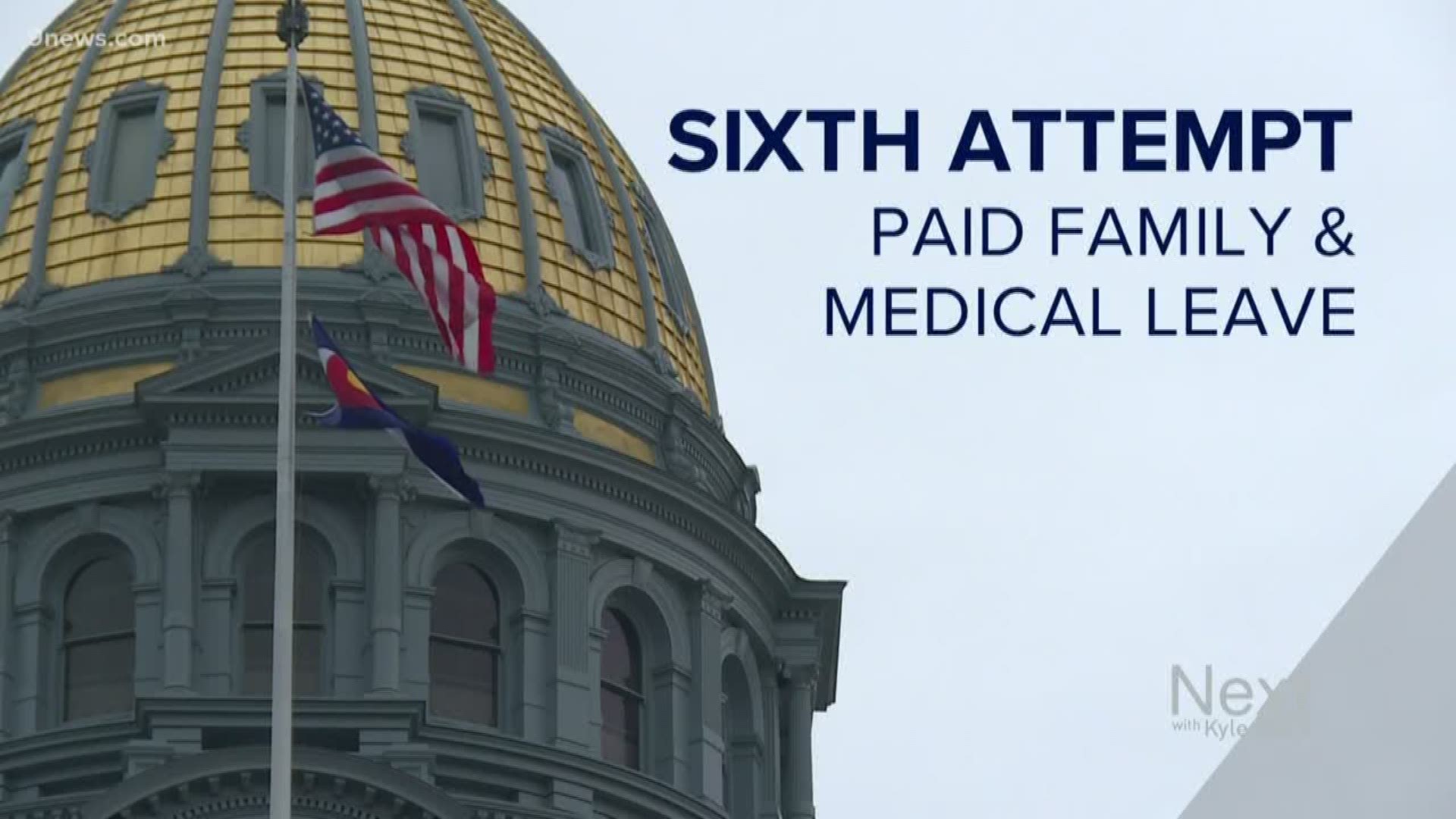 DENVER — A new version of how to pay for paid family and medical leave is about to be introduced at the Colorado state capitol.

Democratic lawmakers believe they have the compromise that can get through their own caucus and, perhaps, be acceptable to the business community.

The bill that will be introduced in the coming weeks will require businesses to offer a specific version of paid time off.

"This is a mandate on the benefit. Every worker in Colorado is going to start getting paid family leave," said Sen. Faith Winter, D-Westminster.

On Thursday, they began reaching out to the groups that will be impacted by the legislation to let them know what they plan to introduce.

"You could use it if you had a heart attack, if you go through cancer, if your child needs care, you could use it to care for that child or another family member," said Winter.

This will be the sixth attempt to pass a version of paid family and medical leave. A bill at the end of last year's legislative session didn't get the support Democrats needed and ended up as a task force instead of implementing the actual law.

A Family and Medical Leave Insurance Task Force met 12 times in the second half of 2019, debating for more than 42 hours and getting public comment from nearly 1,000 people. That Task Force came up with 21 recommendations.

"Today, we're presenting a partnership that takes the best protections from a social model with the flexibility of offering a private plan," said Winter.

A social model is where everyone pays into the system that is run by the government.

A private plan is similar to your health insurance. You would buy insurance through the private market to get the benefits of paid family and medical leave.

In California, Rhode Island and Connecticut, employees and not the businesses, pay into the program.

In Oregon and New Jersey, the cost is shared between employees and employers.

New York fall somewhere in between. An employer can choose to pay for the Paid Family Leave benefit on behalf of employees. If the employer doesn't opt in, it's funded through employee contributions.

The proposed plan for Colorado is an either-or.

Businesses would be required to offer this and could cover the cost, split the cost or have only the employee pay the cost. An employee will have to be at their job for six months before they're eligible for the benefit.

How much would you pay? The legislation to be introduced will include a maximum that employees would have to pay.

"If you are asked to share in the cost of what the insurance is, the most it would cost you, because we have a cap in there, is one half of one percent of your total pay," said Winter.

So, how much would you get and for how long?

The amount you'll get has not been determined yet. That's one reason why the bill still has not been introduced.

"If a new payroll tax is imposed under the guise of a 'fee' to establish a state 'family leave' bureaucracy, we’ll fight it," House Minority Leader Rep. Patrick Neville, R-Castle Rock, said in his opening day speech.

"Last year we promised to deliver on paid family leave. We brought our state closer than it's ever been to guaranteeing that every working Coloradan can take the time off they need to care for a loved one or a newborn without fear of financial ruin," House Speaker Rep. KC Becker, D-Boulder, said in her opening day speech on Jan. 8. "The time is now. We need stakeholders on every side of the issue to return to the discussion and work out a paid family leave program that is fiscally sustainable, workable for business, and makes a real difference for working families."

Erin Edwards contributed to this report.

RELATED: These are the bills that politics guy Marshall Zelinger is watching at the Colorado capitol this year