Colorado has to cut spending on next year's budget, while also making up the $896 million it suddenly doesn't have to pay for this year's budget. 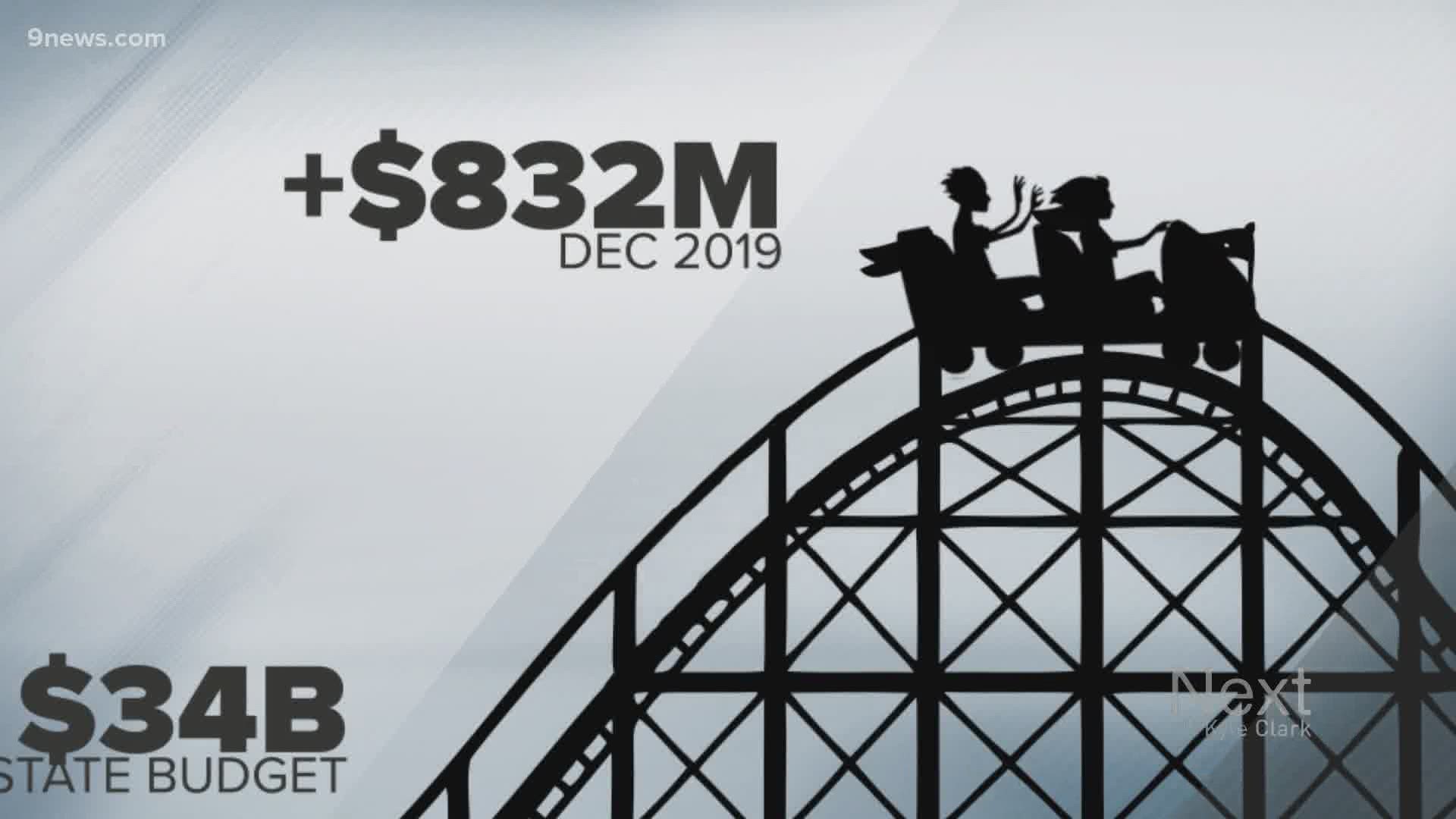 DENVER — Colorado lawmakers have a $3.3 billion shortfall for the budget year that begins in July.

That means the state legislature will have to figure out how to pay for state programs and services with 25% fewer dollars than this current year's budget that ends in June.

The Joint Budget Committee (JBC) received the special revenue forecast as a result of the COVID-19 emergency.

Normally, lawmakers receive quarterly updates on the state's revenue outlook. In December 2019, lawmakers were told the state would have $832.5 million more for FY21 than it did in FY20. In March 2020, that forecast was revised to $27 million more, as a result of the projected impact on COVID-19. On Tuesday, the number was updated to $3.3 billion fewer dollars in FY21 than FY20.

The $3.3 billion number does not subtract the $228 million slashed from FY20 in an emergency executive order by Gov. Jared Polis (D) at the end of April. Let's call it "about" $3 billion.

Colorado's budget is $34.4 billion, but lawmakers have direct control over the general fund portion of the budget, which was about $12 billion.

Imagine that you planned to spend as much, if not more money, than you did the previous year. Then, just before you start dipping into that money, you find out that you no longer have the funds to cover one-quarter of what you paid for the year before. That's the state of Colorado.

"What has transpired over the last two months have been unimaginable," said Legislative Council Staff Chief Economist Kate Watkins.

The JBC gets forecast updates from both Legislative Council Staff and the Governor's Office of State Planning and Budgeting.

The Office of State Planning and Budgeting projects a $3.4 billion shortfall for FY21. However, the governor's budget director estimates lawmakers need to cut $2.7 billion since the JBC has already targeted $700 million in cuts.

WATCH: Some mental health resources could be cut from Colorado's budget because of COVID-19 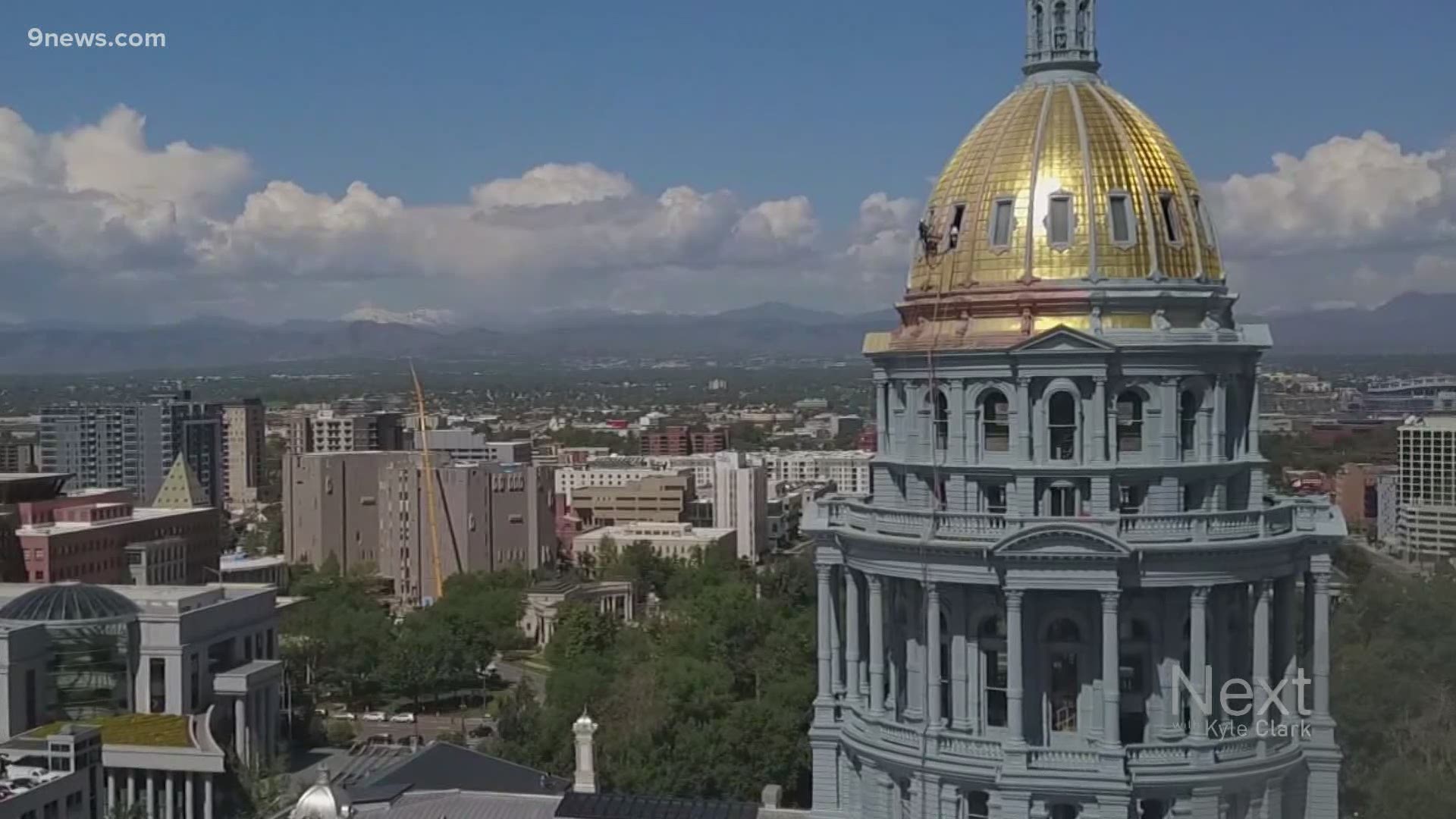 JBC member Rep. Kim Ransom, R-Douglas County, asked if the state revenue forecast would change if businesses were allowed to open as they chose, instead of having to wait for whole sectors to be allowed to open.

Watkins answered that the forecast was based on the "gradual reopening based on geographies" and that it would require help from the medical community.

"Restrictions and the virus, we would have to almost model that with an epidemiologist," said Watkins. "We're economists, we're not epidemiologists."

Another eye-popping statistic from the JBC meeting was the unemployment fund dropping from $1.1 billion in March to an estimated deficit of $7 million by the end of June. The projection has the state's unemployment fund in the negative by $2.477 billion by June 2022.

"We actually borrow from federal accounts," said Colorado Department of Labor and Employment Senior Economist Ryan Gedney. "We set up an account and then we draw money from that account and pay in that way."

It's businesses, and not the state, that funds unemployment.

Business owners currently pay an unemployment fund premium based on the salaries it pays employees and a history of the number of layoffs that business has had over time.

To replenish the state's unemployment fund, those premiums will increase for business owners, as well as a surcharge for having the fund go into the negative.

In the 2010-2012 insolvency, the state received $1.1 billion in federal loans and $625 million in private bonds that were paid off by higher premiums and surcharges to business owners.

"If we didn't have the solvency surcharge, that just prolongs the amount of time it takes to bring the fund back up to solvency," said Gedney.

To Ransom's earlier question posed to the JBC, what would happen if businesses opened tomorrow?

"There's probably a better way to say this, but the damage is already done in terms of how much we've already paid out," said Gedney. "We paid out $315 million in April alone, it's very likely we'll pay out $300 million again in May even if things opened up and everything got back to normal right now."

RELATED: Money may be too tight to fix trail damage after the pandemic rush