Proposition DD legalized sports betting as of May 1, 2020, and was advertised as a way to bring in millions of dollars in revenue to Colorado's Water Plan. 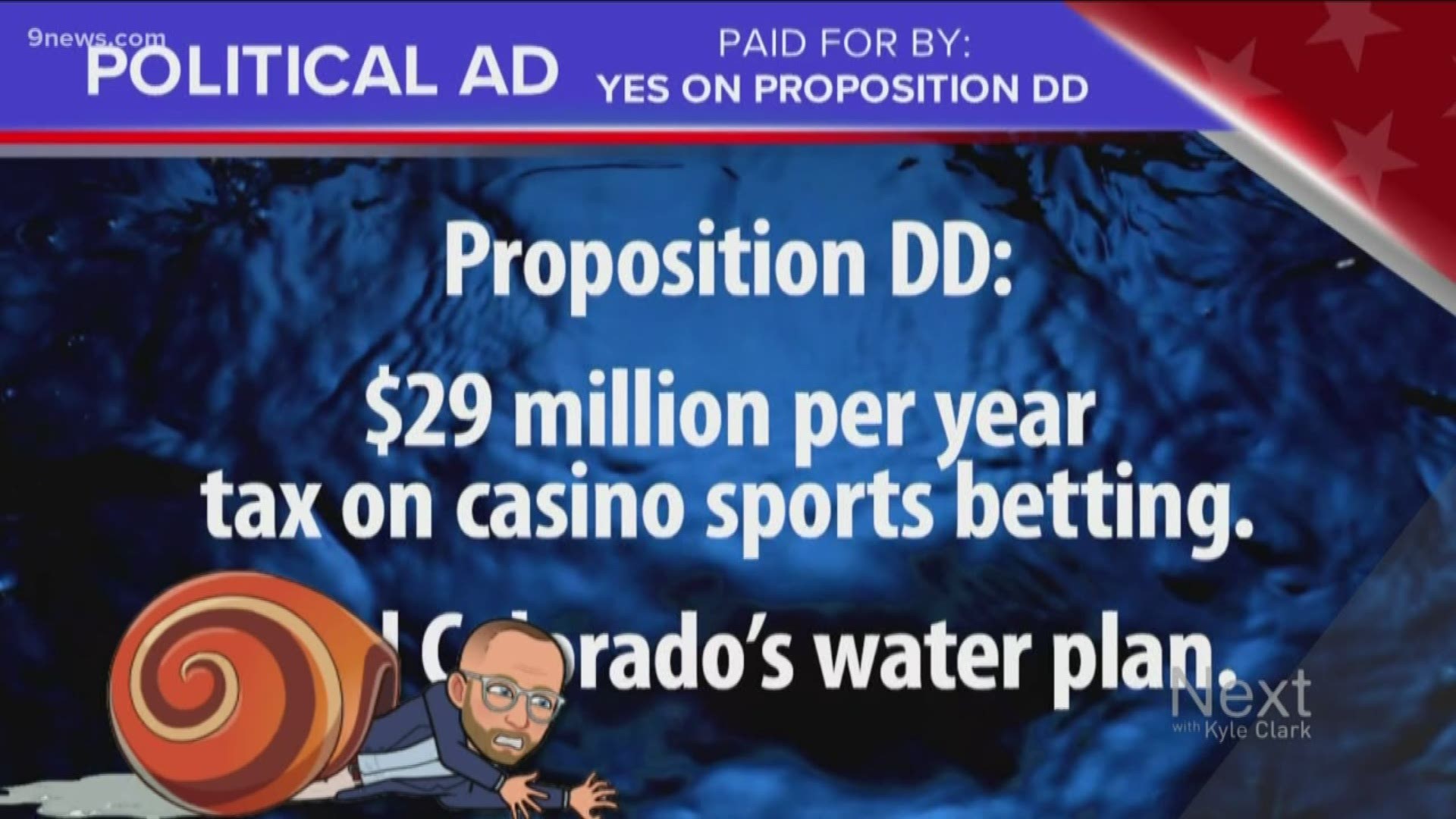 DENVER — If sports betting was supposed to make it rain on Colorado's Water Plan, state lawmakers are being prepared for a drizzle.

At a recent Joint Budget Committee meeting, the lawmakers that prepare the state's budget were warned about reduced expectations for the start of legalized sports betting.

Voters in November passed Proposition DD, which legalized sports betting as of May 1, 2020, and taxed the casino revenues at 10%.

It showed up on the ballot after lawmakers passed a bill referring the issue to voters just before the end of the legislative session in early May. As part of that bill, Legislative Council put together a fiscal note, to estimate the cost of legalizing sports betting. That fiscal note stated that casinos could be charged up to $125,000 for a sports betting license that would need to be renewed every two years.

"With the fee revenue, although it was stated they could charge up to $125,000, the Division (of Gaming) indicated that the fees are not meant to be for profit, it's supposed to be for the actual cost of the licensing process and the background investigation," Joint Budget Committee staff analyst Angela Uhl told the JBC.

That wasn't the only lower number that Uhl informed the JBC about.

In a previous Truth Test, we showed how the state's own Blue Book listed the estimated revenue as $16 million a year for the first five years. It turns out that even that estimate may be high.

"Internally, they think, realistically, the revenue might be closer to $1.5 to $1.7 million," Uhl said.

She was referring to the Division of Gaming's preparation for issuing licenses for sports betting.

Meanwhile, 6% of the revenue will go into a hold harmless fund, which is a pot of money that gambling cities and counties, community colleges and the State Historical Fund can tap into if they can prove they lost money due to a decrease in the amount of money bet on traditional gambling because of sports betting.

"The fact that we had a fiscal note that said one thing, when we passed the bill, a lot of numbers that were floating around during the actual campaign for (Proposition) DD, and now the reality of what we're being told are drastically different, so I think we're going to have to have a pretty good conversation with the department (or Revenue) on this one," Esgar said.

According to Sara Leonard, the communications director for the Colorado Water Conservation Board, this isn't going to impact immediate plans.

"None of the goals are changing," she said.

Leonard said state lawmakers must allocate Colorado Water Conservation Board funding, so it wasn't in the budget to be spent yet.

Garnett sponsored the bill to ask voters to legalize sports betting. He doesn't believe the ballot language, or the legislative estimates, misled voters.

"It's not going to be magic from 'Day One,' but we're slowly going to move in the right place," Garnett said. "People just want to know that the mob's not going to come in and take over. They want the regulatory process to work."

"It's hard, period. But, I think, what people wanted to know is where is the money going to go? Is it going to go to greedy politicians like Alec Garnett at the state Capitol or is it going to go to protecting Colorado's water, something that generations of Coloradans are going to need?" Garnett said. "It's not so much the dollar amount, as the source of where it's actually going."