When state lawmakers voted on if they can work from home, it became a battle that included Sen. Vicki Marble's thoughts on colleagues with pre-existing conditions. 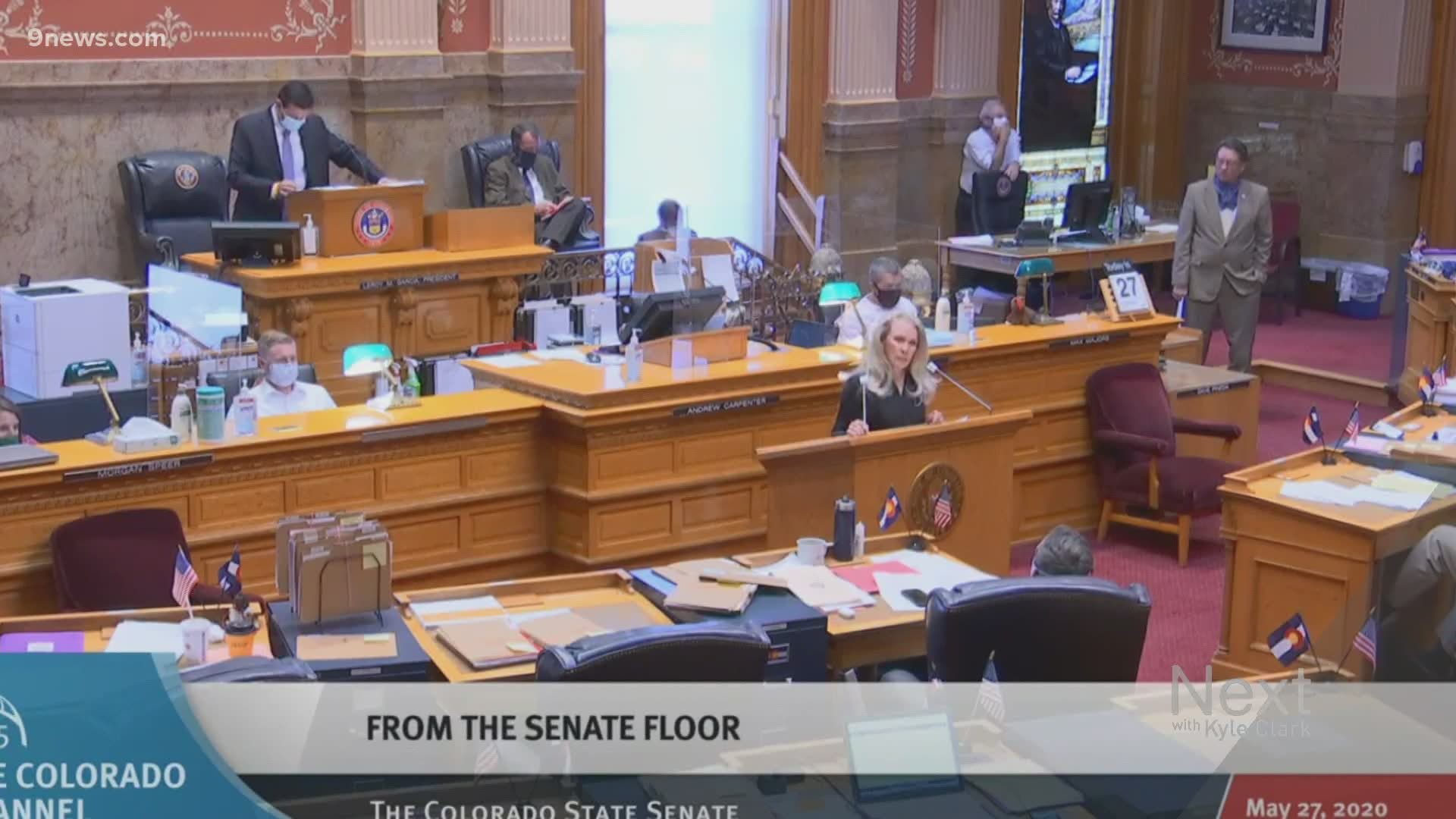 DENVER — Employees at a normal workplace do not get to vote on whether they can work from home.

Colorado lawmakers do, and Wednesday, the vote turned into a battle between legislators with pre-existing conditions and another who suggested they should just stay home.

So, what lessons can other Coloradans learn from the situation at the capitol that they can take to their own workplace?

For hours on Wednesday morning, both chambers of the Colorado legislature debated whether to allow remote participation.

"It's a shame that I had to drive across town, against my doctor's orders, to be here, to speak up and ask for some compassion,” State Rep. Jovan Melton (D-Aurora) said through a mask to his colleagues as he explained he recently suffered acute heart failure. “I should not be here. My doctor has told me, ‘Do not go to work.’”

Melton came to the capitol after State Rep. Richard Holtorf (R-Akron) characterized absent members as “AWOL” (absent without leave) at the start of the day.

Some changes were made to the capitol before lawmakers returned the day prior, but while partitions between desks were officially installed, temperature checks and questions about symptoms are optional to enter.

RELATED: Colorado Capitol entry comes with temperature checks that don't matter, and other first-day back news

Ultimately, since Democrats control both the House and the Senate, the resolution passed, meaning lawmakers can work and vote from home if need be.

That decision wasn’t made, however, before State Sen. Vicki Marble (R-Fort Collins) suggested that lawmakers who are uncomfortable should perhaps opt not to work at the capitol.

"If you are that afraid, maybe you should think about getting somebody here who's not and who can show up,” she said without a mask. "I feel safer here than I feel anywhere, and you know what? I go to Walmart. And you know what? I don't wipe down that cart every time I take it out. I put my hands on, shove it through and I'm going shoulder-to-shoulder with people in the aisles, even though Walmart has taken precautions to say, you go this way down that aisle and that way down that aisle -- people just aren't ready to accept that.”

The capitol debate lends itself to a bigger discussion about the workplace.

What if you're required to show up in person with non-mask wearing co-workers and that makes you uncomfortable? There is not a one-size-fits-all answer. At private businesses, people do not necessarily have to wear masks in offices.

However, depending on the scenario or concerns a person has, the health department could get involved.

"If the setting is clearly in violation of public health orders or, frankly, if the person is not sure, we're happy to receive phone calls,” said Dr. John Douglas, the director of the Tri-County Health Department. "If you're working in an office setting, the requirements are different. There's encouragement for social distancing and encouragement, but not requirements, for face masking."

The House was not requiring masks, but the Senate was.

Lorrie Rae with Employers Council helps guide businesses through the uncertain future of social distancing and employee rights. She suggests speaking with a human resources department if you feel uncomfortable about your situation.

“If you don't understand why that employee is not comfortable, and you're not talking to that employee about that, and they have some sort of medical condition that you're not aware of, then yes, you could be in violation,” she said.