It's the time of year when Republican lawmakers introduce socially-conservative bills that ultimately die, like a bill that would ban gay couples from adopting. 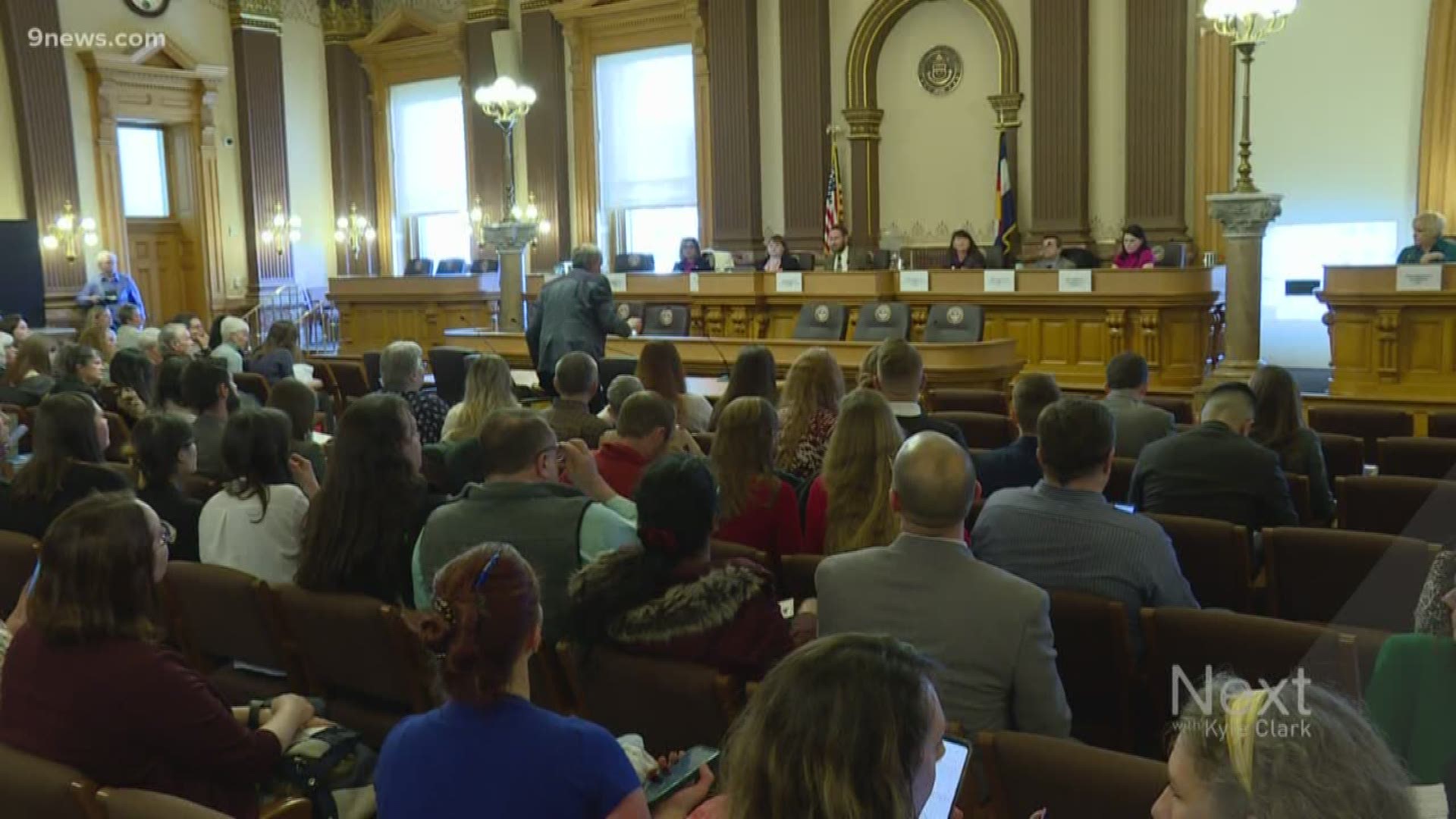 DENVER — There's love in the air with Valentine's Day on Friday, but little of it for the annual event at the state capitol.

It's the time of year when Republican lawmakers introduce socially-conservative bills that will ultimately die.

There are six of those bills in the "kill" committee which started on Thursday afternoon and may last until Friday early morning.

One of the last bills would prevent same-sex couples from adopting children.

It's never getting out of the committee and with Democrats in control, would never get close to the Governor's desk. Gov. Jared Polis (D) proudly talks about his partner, Marlon Reis, and their two children.

"I don't believe that it is mean-spirited to run this bill, even though we have a Governor who is gay and has a child," said Rep. Stephen Humphrey, R-Severance. "I really don't want to do this to hurt anybody personally, but I think that this is an important issue because of what's best for kids."

Humphrey said this is a bill that voters who elected him support.

"I think that this is an important bill to run for my district, which is very conservative," said Humphrey. "Other districts aren't going to like it at all, and I understand that."

Valdez is the chair of the legislature's LGBTQ (lesbian, gay, bisexual, transgender, and queer) caucus. He participated in a news conference inside the capitol to rally against what the caucus calls "hate bills" prior to the committee hearing.

"I wouldn't say blanket 'no,' that I wouldn't work with somebody who voted for this legislation. I'd be mad at them. I'd have a stern word for them, for sure," said Valdez. "These bills are not representative of everybody on the other side of the aisle."

"These may be reflective of the constituencies of my colleagues who are running the bills, it's certainly not reflective of the Republicans that live in my district," said Rep. Colin Larson, R-Jefferson County.

Larson is one of the Republicans not supportive of the ban on same-sex adoptions.

"I don't want government dictating the terms of my marriage, the terms of my relationship with my child, and I think that's a two-way street," said Larson. "Very, very rarely, I mean literally less than 10 times, have I heard someone reach out to me, specifically on an issue like this."

Last year, Democrats defended their oil and gas and health care legislation, saying voters who elected them knew what they stood for. Larson said the people who elected him aren't clamoring over this topic.