If the COVID variant is more infective, why has Colorado only seen 4 cases?

The state's lab director says it's not that we are lucky. There's likely more of the variant out there, it's just hard to test for. 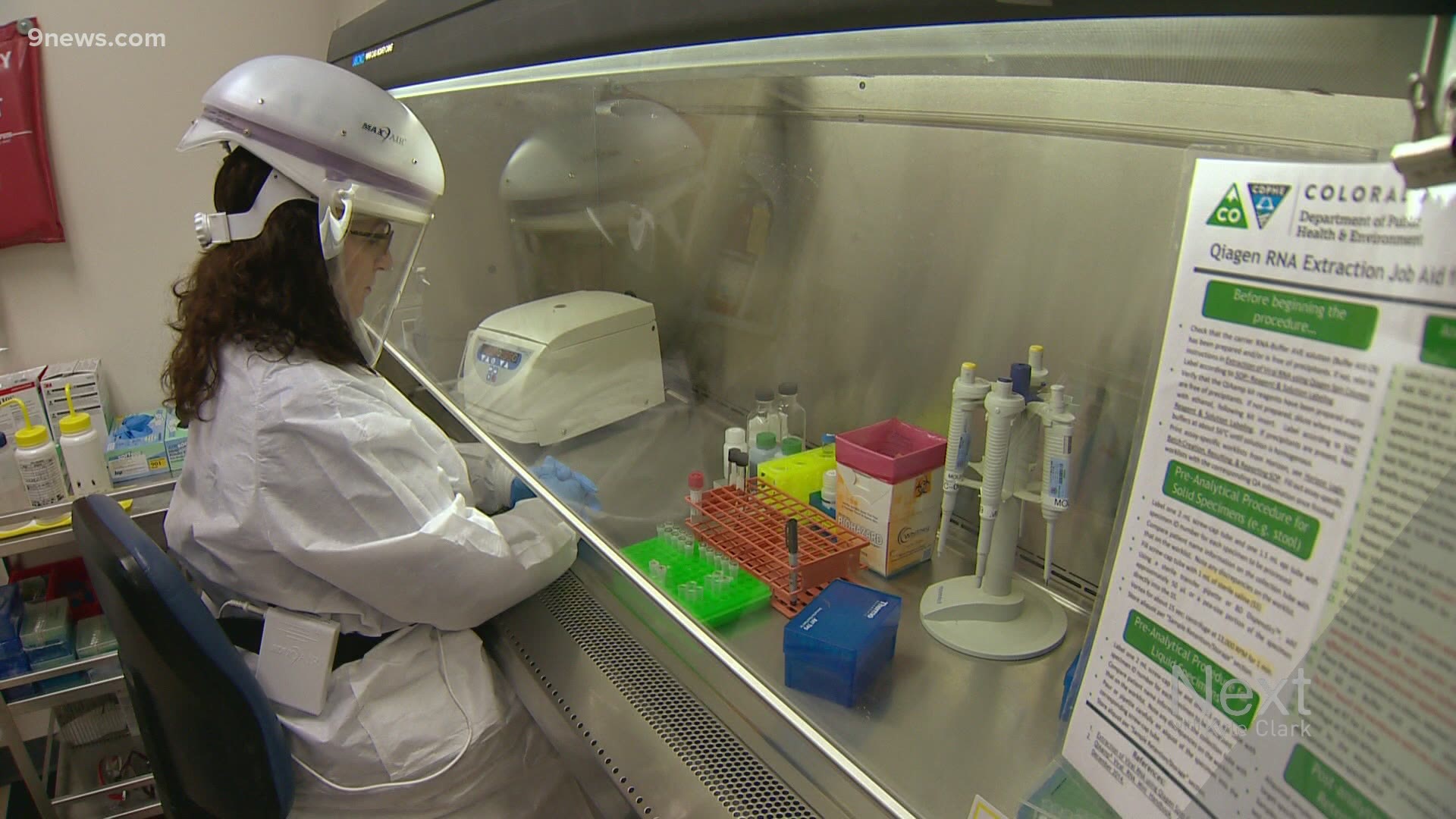 ELBERT COUNTY, Colo. — The public health department in the first county in the United States with a confirmed case of the COVID-19 B 1.1.7. variant held a special testing session on Monday, promising to pass all positive samples along to the state lab to test for the specific variant.

Tuesday marks two weeks since Colorado announced the first case, a national guard member working at a nursing home in Simla. Since that day, the state has confirmed four cases of the variant, which researchers say appears to be more contagious than other strains of the virus.

“Given that there’s no history of travel for these first four cases during the incubation period it’s likely that they acquired them through community spread,” said Emily Travanty, scientific director for the Colorado Department of Public Health and Environment. Travanty oversees work in the state’s COVID-19 testing lab.

“Every test in the state doesn’t come through the state laboratory and not every laboratory is running a test that could detect this dropout variant,” she said.

RELATED: What we know about the new variants of COVID-19

RELATED: Member of National Guard was first confirmed case of variant in U.S.

Identifying the strain, which originated in the United Kingdom, generally requires identifying a specific genetic marker. Once that marker is identified, the positive sample must be sequenced to determine if it is the B 1.1.7. strain or any others.

“A sequencing test can take up to 3 days or longer depending on just how strong the signal is within the patient sample,” Travanty said. “We really do not have the capacity for that in Colorado at all to do every positive test that’s coming through so we’re trying to have a targeted approach where we’re looking first for cases that might be the drop-out variant for a signature.”

To look for the special strain, the state is taking a targeted approach, testing samples if that genetic marker is identified or if a person had direct contact with one of the other confirmed cases. And Travanty said to monitor for spread in other parts of the state, they’ve requested various labs send some positive samples for sequencing.

“We have over 15 facilities that have agreed to send us five positives every week so we’re looking to start sequencing 60 to 100 samples from across the state,” she said.

“We really want to look at areas that may have higher spread happening – we want to try to make sure that we’re seeing positive samples from those regions coming into our labs so we can look specifically at the sequence and see if there’s anything special or different about those genomes.”

Travanty believes there are more cases of the variant in the state, but it will take time to identify them.

“We do know looking at data from the U.K. that when it first emerged there [were] a few sporadic cases and then it started to spread after that so we could be early as well in the spread of this variant.”

RELATED: US ramps up vaccinations to get doses to more Americans