Global warming could mean the end of the pika in Colorado. This group is trying to change that.

Volunteers are helping scientists monitor pika populations in Colorado. Some projections say the tiny mammals could disappear from the state by 2100 as temps rise. 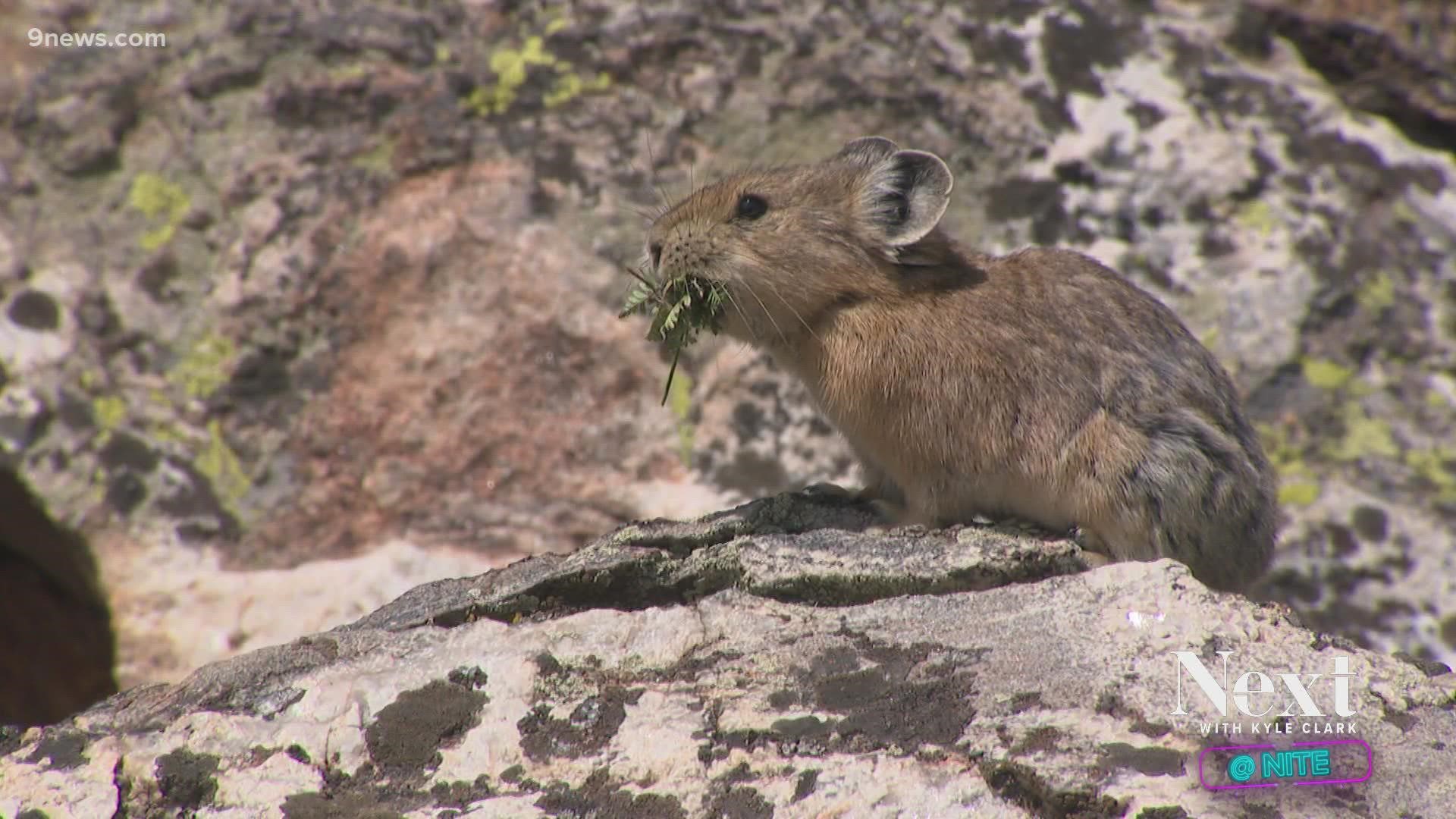 DENVER — If you've ever hiked above treeline in Colorado, you've no doubt heard the tell-tale squeak of an American pika.

The russet potato-sized mammals live in mountain talus fields, spending the warmer months building haystacks with flowers and grass, then living beneath the snowpack, munching on that food during the winter.

"They just feel like the animal of Colorado,” Alex Wells said.

He's the community science coordinator for the Denver Zoo, and one of the directors of the Colorado Pika Project. He said pikas are a logical Colorado creature because they only live up high.

The Colorado Pika Project has been monitoring the animals in Rocky Mountain National Park, the White River National Forest and the Front Range over the course of several years.

"There are models, there are projections, predictions that say pikas are going to disappear from this state in the next 100 years, and I don’t want to live in that state,” Wells said.

He said pikas can't survive more than an hour in temperatures at or above 70 degrees. They scurry below boulders to cool down, but the longer they're down there, the less time they have to forage. Then, in the winter, they rely on snow to insulate them. Wells said he worries that as snowpack continues to shrink and the snow melt starts earlier and earlier, pikas could be in danger of freezing to death -- in especially cold months.

"I think for a lot of folks who hike and spend time in the mountains, the mountains would not be the same without pikas," he said.

The Colorado Pika Project is a partnership between the Denver Zoo and Rocky Mountain Wild. Within five years, Wells said he hopes his team has enough information to provide to public health agencies to better manage the tiny critters.

"That’s part of the hope with community science, getting hundreds of folks up here thinking about climate change and how it’s impacting Colorado’s ecosystems and the natural spaces that our volunteers love to spend time in,” Wells said. "It makes it closer to home that climate change is important and it has to come up in everyone’s personal life"

If you want to sign up to volunteer with the project, follow this link to learn more.