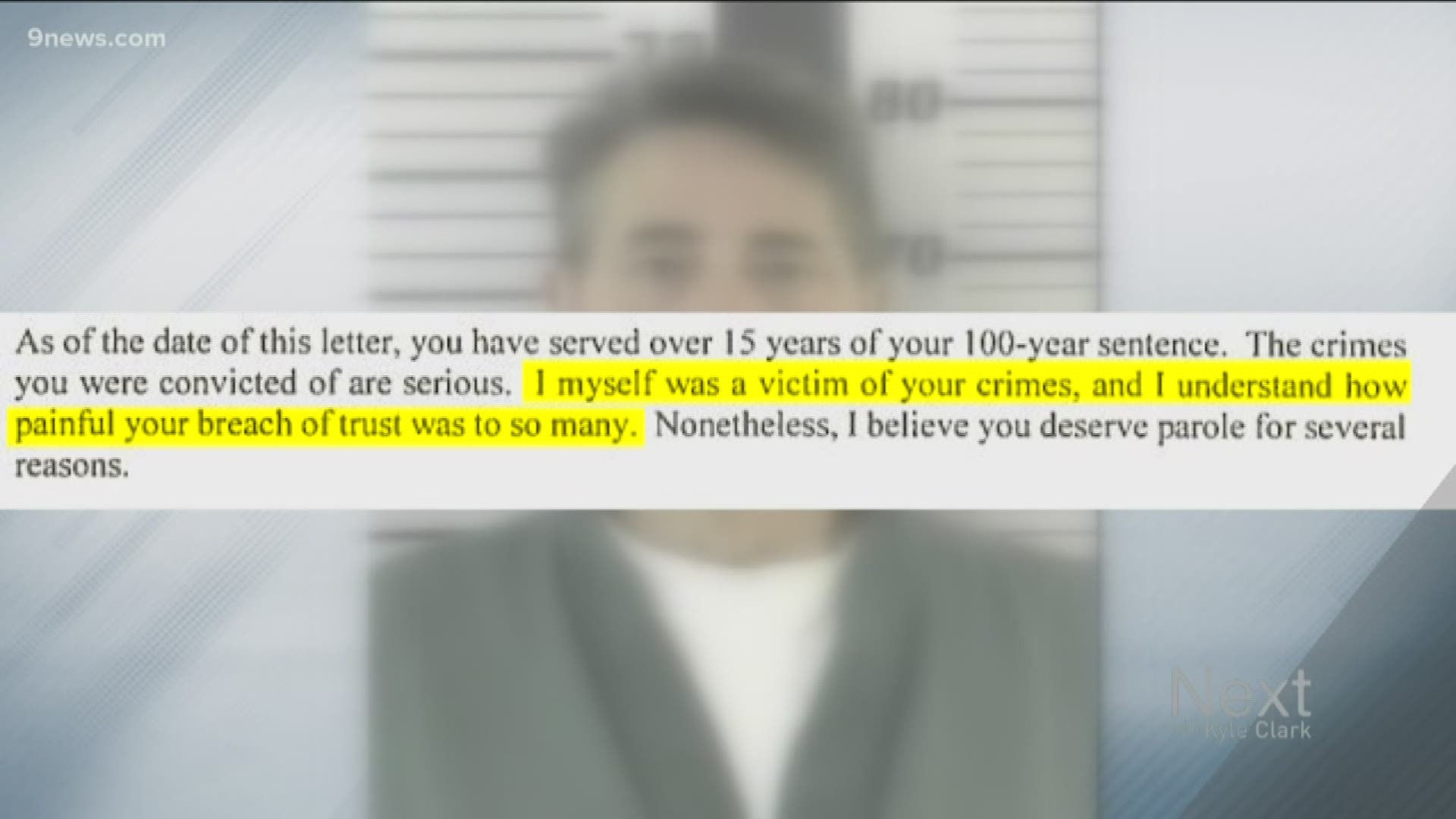 Gov. Jared Polis (D-Colorado) has commuted the sentences of three people and pardoned five others, his office announced Monday.

This includes a woman who has twice sought sanctuary in a Boulder church to avoid deportation and a man who was sentenced to life in prison for a crime he committed as a teenager.

That man, Erik Jensen, was 17 when he helped his friend, 16-year-old Nathan Ybanez, kill his mother. Former Governor John Hickenlooper commuted Ybanez’s sentence in December 2018, making him eligible for parole next year.

RELATED: Man sentenced to life without parole as a teen gets new sentence

Following Polis’ commutation, Jensen will now be immediately eligible for parole and will have a mandatory release date no later than March 1, 2020. Polis said he commuted Jensen’s sentence in part because he has a strong support system at home, as well as the fact he is making strides toward a bachelor’s degree and helped found a faith-based counseling program in prison.

“You have helped other inmates find purpose and positivity and provided them support in their darkest times,” Polis wrote.

The governor also pardoned Ingrid Encalada LaTorre. She has sought sanctuary in a Boulder church to avoid deportation after being convicted of stealing a social security number.

Encalada LaTorre bought a social security number so she could work. She says she didn't know it might belong to someone else or that it could bring legal consequences. 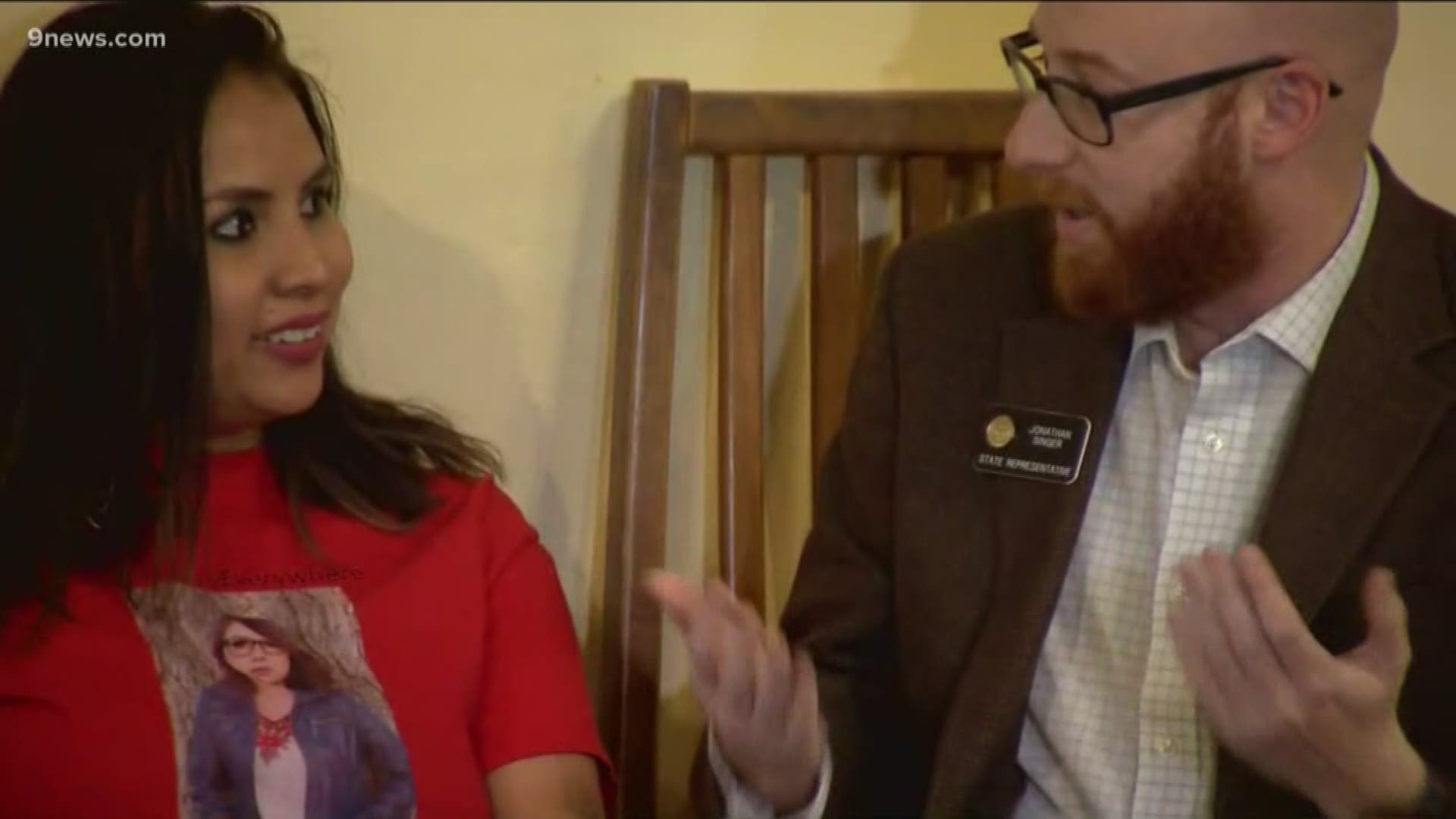 “As Governor of the state of Colorado, I do not have the authority to affect your citizenship status,” Polis wrote. “But, at least, as due to this pardon, I hope that your prior conviction will not stand in your way.”

The other four people pardoned by the governor were:

Eric Edelstein: In 2002, Edelstein pleaded guilty to possession of a schedule IV controlled substance. Since then, according to Polis, Edelstein owned a construction company and worked as a volunteer ski patroller in Steamboat.

“I hope this pardon will create opportunities for you, such as business development in your chosen profession and the opportunity to participate in community events,” Polis wrote.

John Furniss: In 2001, Furniss pleaded guilty to conspiracy to distribute marijuana. According to a letter Polis wrote explaining the pardon, Furniss says a suicide attempt at age 16 left him blind and without smell -- something he used marijuana to medicate. In the years since his conviction, Polis said Furniss is working to become a professional woodworker and gotten married.

Brandon Burke:  In 2000, Burke pleaded guilty to possession of a schedule II grown substance. In the years since, Polis said he has purchased a home, gotten married and had kids.

“You acknowledge you made mistakes as a young man and you have taken responsibility for your actions,” Polis wrote.

Jamie Matthews: Ten years ago, Matthews pleaded guilty to distribution of a controlled substance, attempted distribution of a controlled substance and driving while ability impaired. Since then, Polis said Matthews got a degree from Fort Lewis College and received an award for the highest cumulative GPA, and is now working as a certified public accountant.

“You are a dedicated mother to your daughter,” Polis wrote. “Your friends and colleagues describe your perseverance, determination and courage.”

In addition to Jensen, two other people received commutations:

William Hoover Jr.: In 2004, Hoover Jr. was sentenced to 100 years for racketeering and stealing more than $15,000. He was eligible for parole in 2024, but with the commutation, he is now eligible by March 1, 2020, at the latest. In a letter explaining his decision, Polis said he had a personal connection.

“I myself was a victim of your crimes, and I understand how painful your breach of trust was to so many,” Polis wrote. “Nonetheless, I believe you deserve parole for several reasons.”

Polis claimed he considered commutation because Hoover founded Prisoners Against Drunk Driving and showed remorse for his crimes.