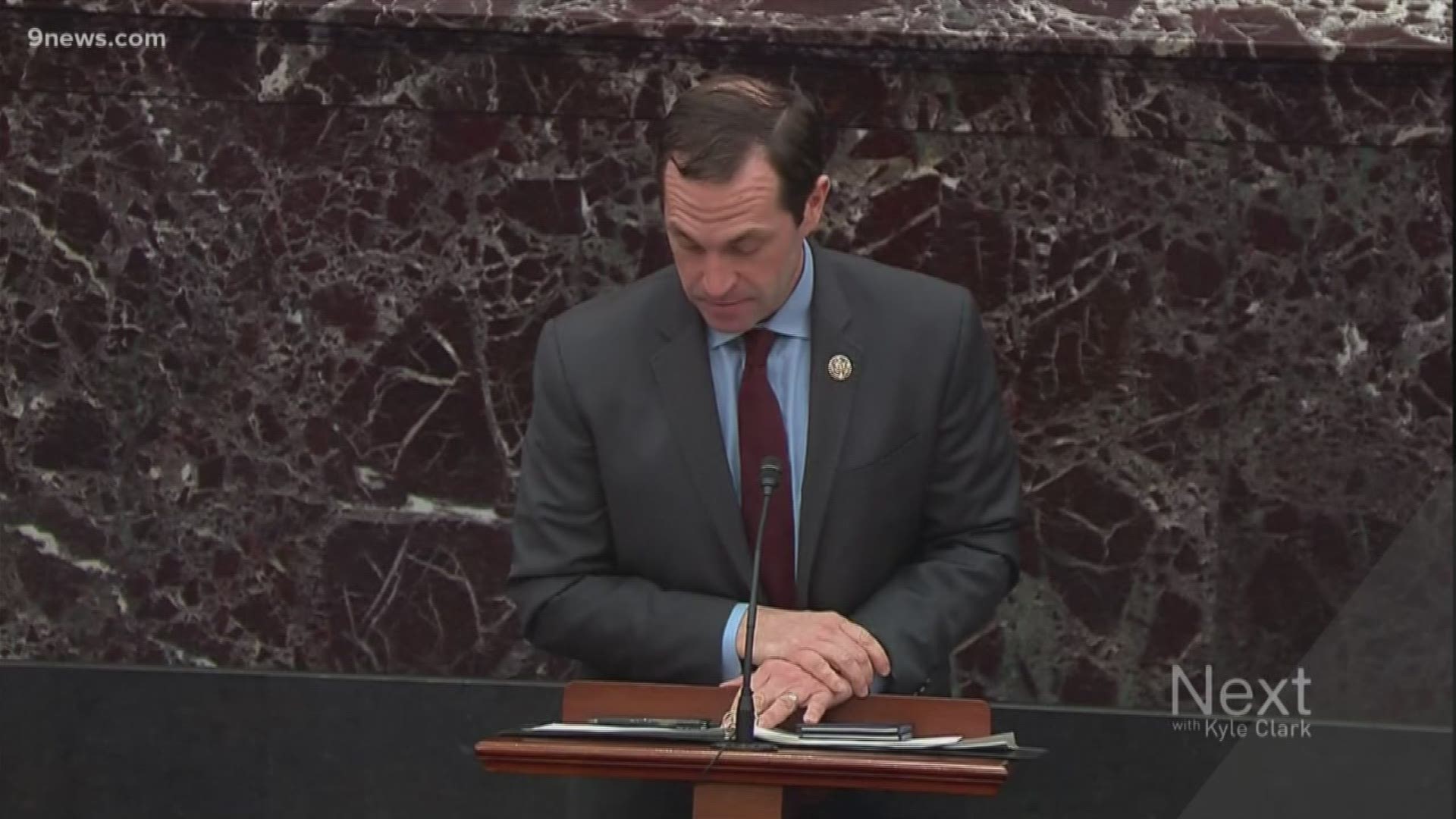 WASHINGTON, D.C., USA — Democratic Congressman and House impeachment manager Jason Crow, from Colorado, turned to the World of Witchcraft and Wizardry to try to convince the Senate to remove President Donald Trump from office.

During Monday’s closing arguments in Trump's impeachment trial, each side was allotted up to two hours for any final statements. It was during these statements that Crow pulled a quote from J.K Rowling’s Harry Potter and the Chamber of Secrets to will senators to recognize “…that your duty demands that you convict President Trump.”

The dad of two called upon senators to tap into their parenting strategies when voting on the articles of impeachment. He was the first among the seven impeachment managers to deliver a statement.

“There are a lot of things outside our control, but my wife and I have tried to teach our kids that what we can always control are our choices,” Crow said. “It is in that spirit that, hanging in my son’s room, is a quote from Harry Potter. The quote is from Professor Dumbledore, who said, ‘It is our choices that show who we truly are, far more than our abilities.’”

Crow expanded on the Hogwarts headmaster’s quote, saying the future of America is dependent on the senators’ choice on how to best fulfill their oath.

“More than our words, our choices will show the world who we really are, what type of leaders we will be and what type of nation we will be," Crow said, as he tried to convince his colleagues an acquittal would undermine Congress’ ability to hold a president accountable.

The House impeached Trump last month on charges of abuse of power and obstruction. The Senate’s final vote on the articles of impeachment will take place Wednesday, which will determine whether or not Trump will be removed from office.