Reps. Doug Lamborn and Lauren Boebert say they will not certify results that say Joe Biden won the presidency. 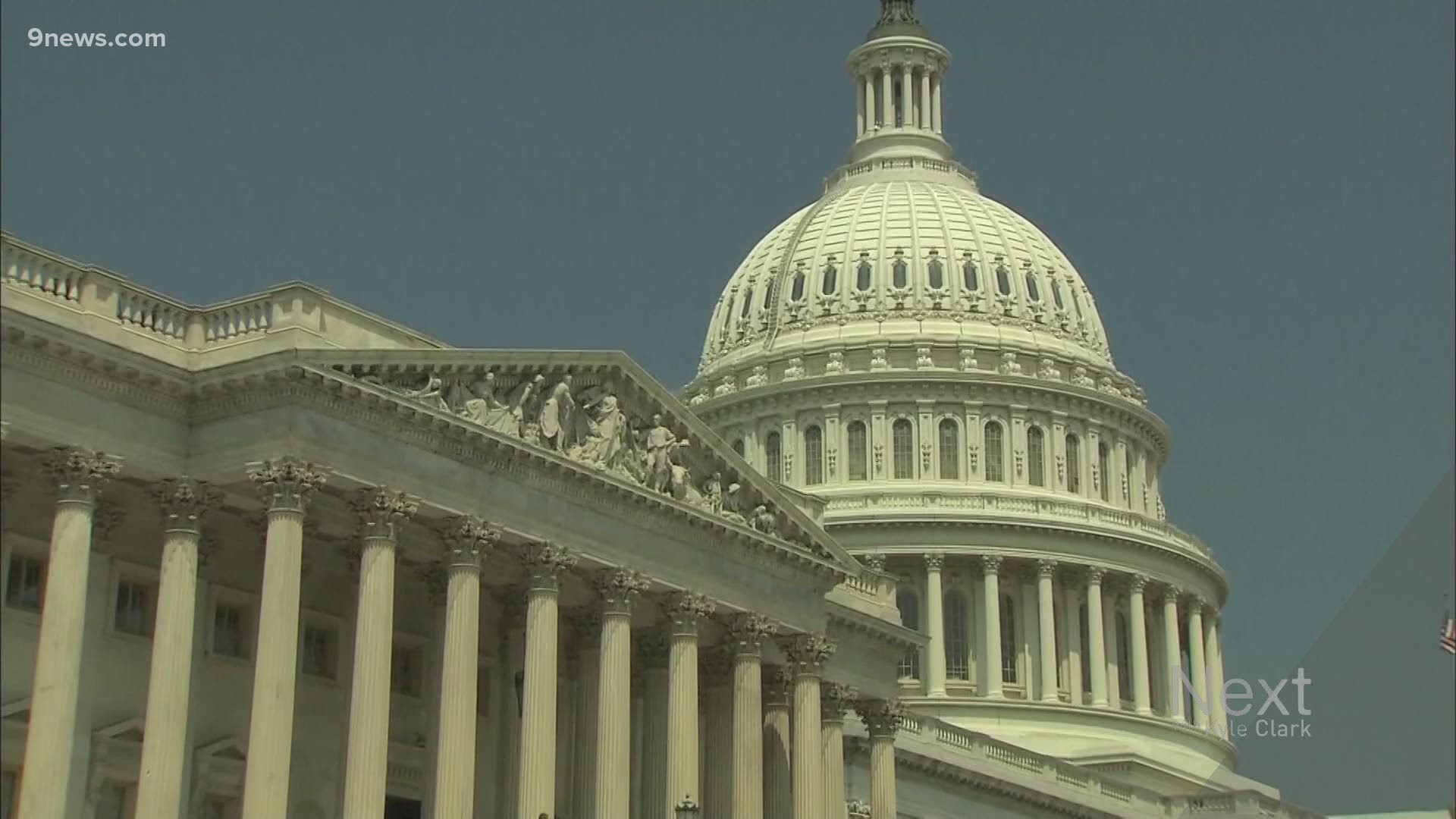 DENVER — Two members of Congress from Colorado will try to block America's choice for President on Wednesday.

Rep. Doug Lamborn, R-Colorado, tweeted that he will object to the Electoral College certification on Wednesday.

"My constituents deserve to know that the 2020 election was free of fraud, which is why on January 6th, I will object to certifying the Electoral College votes of Arizona, Georgia, Pennsylvania, Wisconsin, Nevada, and Michigan," his statement included.

I will object to the Electoral College results due to election irregularities. A fair election system is a fundamental building block of our republic & my constituents deserve to know that the election was free of fraud. @realDonaldTrump fought for us, on #JAN6 I'll fight for him pic.twitter.com/9LSj5Dao94

He joins Colorado's newest House member, Rep. Lauren Boebert, R-Colorado, who tweeted last month that she will object to the Electoral College results.

"The Electors have already voted. There are no electors that have voted faithlessly and whose ballots are in dispute right now," said Colorado's Democratic Attorney General Phil Weiser. "In past, we had 'faithless electors,' and they could be debated in Congress as to whether or not those ballots were legitimate. That's not before this Congress."

Guided by the US Constitution and my responsibility to my constituents, I will object to the Electoral College results on January 6th.

There were no "faithless electors" this year, meaning electors who cast their Electoral College ballot for a candidate opposite of who won that state.

"Those who are undermining the certification of these results, they're playing a dangerous game and they're engaging in a stunt that they should be penalized for," said Weiser. "I am not aware of a prosecutable crime, but I am aware of, what I will call, a dereliction of duty. I believe you are calling into your question your fitness to hold office and you shouldn't be reelected."

"They're doing it to avoid a primary challenge of any kind. They're doing this because this is what their Republican base wants them to do," said Magellan Strategies pollster David Flaherty.

Flaherty is a conservative pollster who noted that the Third Congressional District covering the Western Slope and southern Colorado, where Boebert represents, and Lamborn's district are decidedly Trump supporters and that backing the president helps keep their support for the next election.

RELATED: ‘These attacks have a cost,’ Weiser says of Trump, lawmakers’ plot to overturn election results

Meanwhile, a staunch Trump supporter has said he will not object to the certification of the Electoral College results.

Rep. Ken Buck (R-Colo.), who represents Colorado's Fourth Congressional District, which covers the Eastern Plains, northeast and southeast Colorado and Douglas County, said that the election has been investigated at the highest levels.

"If you can't trust the Department of Justice to look at this election and render an unbiased, fair verdict than we have more serious problems," said Buck.

In his statement about why he would not object, he explained why it would be bad for the future of the Electoral College.

"(Congress') job is to count the electors submitted by the states, not to determine which electors the states should have sent," wrote Buck. To take action otherwise – that is, to unconstitutionally insert Congress into the center of the presidential election process – would amount to stealing power from the people and the states. It would, in effect, replace the electoral college with Congress, and in so doing strengthen the efforts of those on the left who are determined to eliminate it or render it irrelevant."

"I thought it was somewhat surprising because Ken has been one of the most conservative members of Congress for nearly his entire career," said Flaherty. "He's doing this looking ahead to '22, and maybe he's considering a statewide run for something in Colorado."

In 2022, Colorado will vote for governor and Sen. Michael Bennet's U.S. Senate seat.

"This position that he's taken allows him to tell unaffiliated voters, general election voters, I did stand apart and did not go along with this right to the very end because of my beliefs and what the Constitution says," said Flaherty.

When Congress meets in joint session on Wednesday, Republicans will have enough votes to complain about the results, but not enough to alter who America picked to be president.