The Colorado Rockies will not play their opening game of the 2017 season on West High School’s baseball field, thanks to a new agreement with the Stadium District. 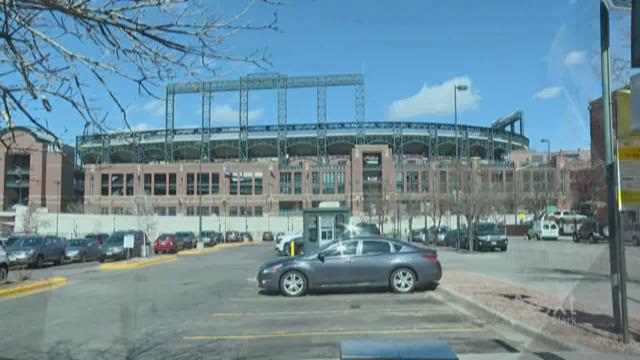 The Colorado Rockies will not play their opening game of the 2017 season on West High School’s baseball field.

If this sounds obvious to you, let’s catch up on the last two weeks, shall we?

Essentially, the Rockies’ lease at Coors Field was coming to an end, and in negotiations for a new lease, the team wanted to buy the “West Lot,” a parking lot that sits south of the stadium, which is now owned by the Metropolitan Baseball Stadium District. Seven metro area counties make up the District that represents taxpayers who helped fund the stadium through a now-expired sales tax.

You might not think much of it if you drove by, but the West Lot is made of 291 spaces between Jackson's and the Denver Chophouse, bordered by 19th and 20th Streets and Wazee and Wynkoop Streets.

The Rockies have proposed creating a Hall of Fame there, or some sort of ballpark experience area, as well as apartments and offices.

The Rockies are responsible for paying the maintenance of Coors Field. Building on that parking lot would give the team a new revenue stream to cover those costs. Those are often paid by fees from naming rights, but Coors made a deal when they put their name on the stadium; after a one-time payment in the early 90s, they own the naming rights “in perpetuity,” meaning for life.

And that takes us to the negotiations Wednesday, when the Rockies and the District announced that they reached a 30-year lease agreement for Coors Field. It’s a $200 million dollar lease, but only $75 million of that is to rent Coors Field itself. The other $125 million will be paid to the District to lease the West Lot for 99 years.

Here's how the money breaks down.

"The team was willing to take, really, an economic risk as it relates to development," said board member Ray Baker.

For all 99 years, the Rockies will get to keep the revenue it generates from developing the land. After 99 years, the District gets the land back.

We know what you're thinking. Why didn't we just keep the parking lot, develop it ourselves and pay for the maintenance of Coors Field with money we generate instead of the Rockies? According to the District board, the parking lot is appraised at around $35 million.

"If we sold the land outright, it would be $35 million, but we're ground leasing it, so we're going to get $125 million during that period of time, and then the taxpayers will get that ground back at the end of the 99 years. I suppose you could make the argument that the Rockies are actually paying $90 million-plus more than the land is worth for the opportunity to develop it," said Lee.

Part of the deal also allows for the District to convert other parking areas into a new development. Lot C, which includes 710 spaces in what seems like Brighton, but is really RiNo, could be changed from parking into a mixed-use development also. If the District were to develop that parking lot, it would keep all the revenue and put it in the improvements fund, but would also have to replace the parking spots it removes and add them elsewhere.

The contract also allows the team and the District to jointly develop Lots A and B, which are closest to Coors Field underneath and north of Park Avenue West. Though, the board said that would be unlikely any time soon because of the requirements needed for parking.

Major League Baseball had to approve the lease agreement, and did so on Wednesday morning.