Tuesday afternoon, we learned the state is asking for less than half of the possible beds that could be built at the convention center and in Loveland. 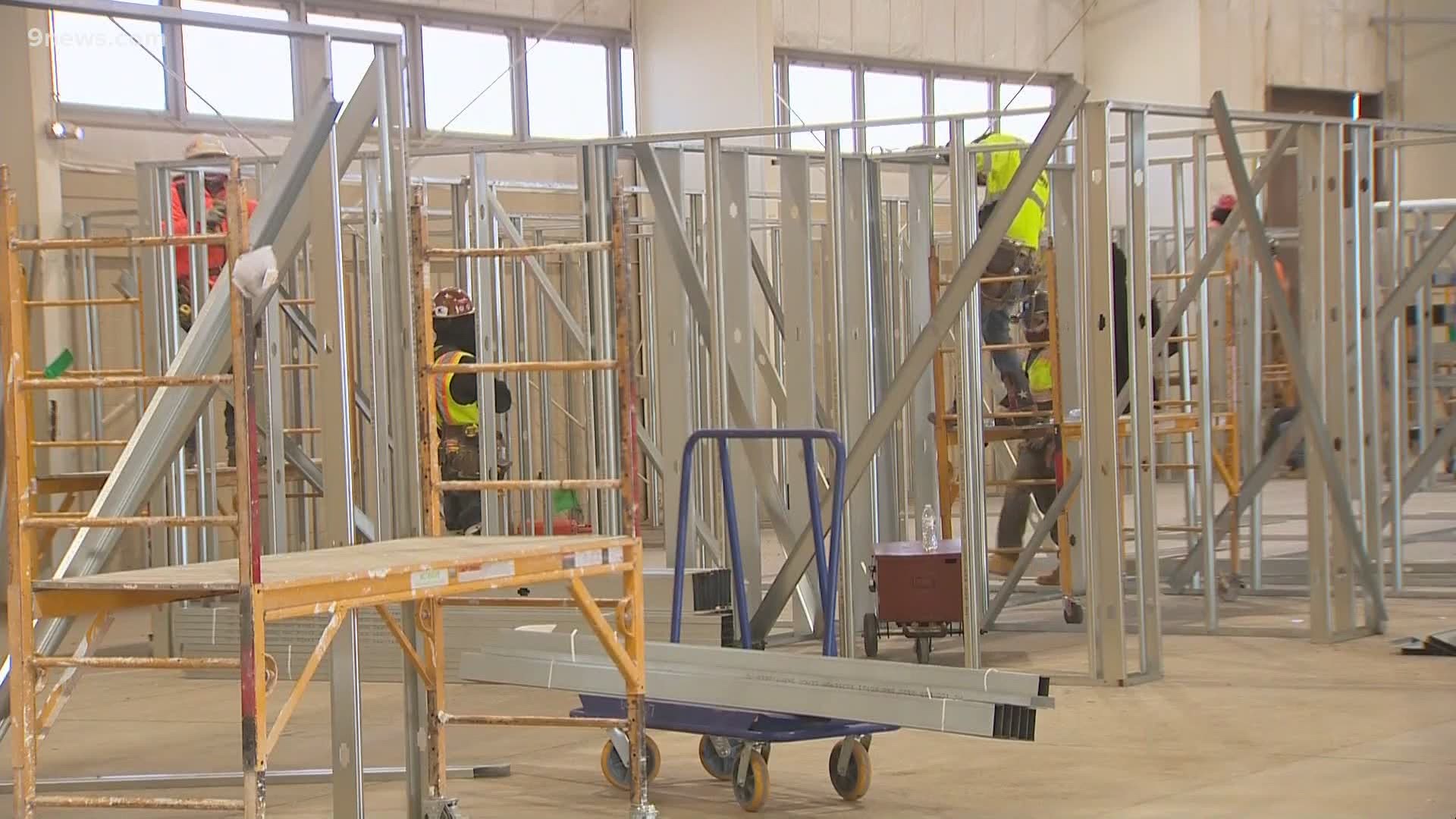 LOVELAND, Colo. — As Colorado health leaders suggest the curve of COVID-19 has begun to flatten in Colorado, the state will not build as many beds inside field hospitals as it could.

"It's very important that we are prepared for any potential surge as we move forward in this," Scott Bookman, the COVID-19 incident commander for the Colorado Department of Public Health and Environment, said on a conference call with reporters Tuesday. "But we also want to ensure that we're using our resources appropriately."

Tuesday morning Bookman said the state may scale back some of the construction based on data on the virus. By afternoon, his boss, Gov. Jared Polis, D-Colorado, told reporters the state will build less than half of the possible capacity of beds at field hospitals.

“As we move towards reopening our economy, it’s likely that the incidents of the virus will increase again,” Polis said during a tour of a field hospital under construction inside the Ranch in Loveland. “It’s decreasing now, which is great. But we can’t stay closed forever and it’s going to increase again and having this capacity in place is what gives us the confidence we need.”

Polis said he believes the Loveland hospital, which the Army Corps. of Engineers has estimated has a capacity of 1,060 beds, needs between 400 and 600 beds. In Denver, the Colorado Convention Center, which has a capacity of 2,000 beds, will only need 500 to 600 beds, Polis said.

“I’ve expressed to our command structure that there will be a stop-work order once we have that number of beds,” the governor said.

Polis repeatedly said he and other state health leaders hope no one will use the beds inside these hospitals. The state lease on the Ranch in Loveland lasts through January, according to Polis, though he said he hopes the state will vacate the property before then.

“In the Denver Metro, North Metro Area, having 1,000-1,500 beds will give us more confidence in knowing that if we go to work and if we’re trying to go back to normalcy and the virus grows faster than we think… then it won’t outgrow our actual capacity here,” the governor said.

Field hospitals would provide secondary beds for COVID-19 patients who don’t require critical care, as demand for beds inside state hospitals is expected to increase for non-COVID-19 patients when the state lifts restrictions, like a guideline postponing elective medical procedures, Polis said.

As the curve begins to flatten, Colorado is also in a better position on ventilators, the governor said. Since the beginning of the pandemic, he said Colorado has acquired 500 to 600 ventilators with some pending requests.

“But we’re confident that we have what we need now, there’s no question about that,” Polis said. “It’s just making sure.”