Colorado voters are encouraged to mail their ballots by Oct. 27. 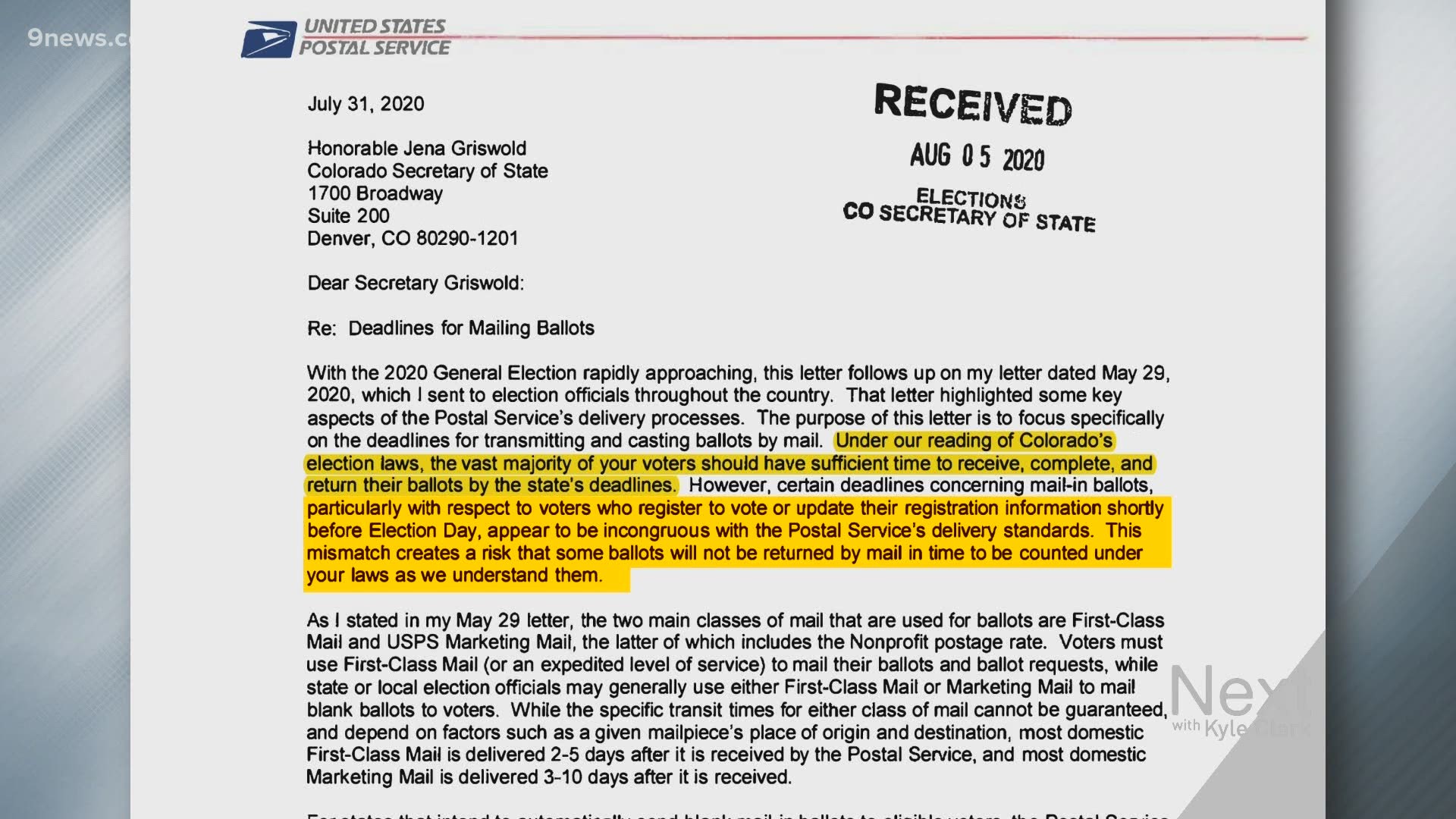 DENVER — The U.S. Postal Service (USPS) sent a letter to Colorado Secretary of State Jena Griswold Friday alleging that while the “vast majority of [Colorado] voters should have sufficient time to receive, complete and return ballots” there is the possibility that “certain deadlines” create a risk that “some ballots will not be returned by mail in time to be counted.”

During a news conference on Thursday, Griswold referred to Trump’s comments about cutting funding to the USPS and mail-in voting as “voter suppression.”

“While I am concerned about service disruptions and other attacks on the U.S. Postal Service from President Trump and other members of his administration, I am confident that Coloradans will have their voices heard in the November election,” a Friday statement from Griswold reads.

Colorado voters who choose to mail their ballots are encouraged to do so no later than Oct. 27, which the post office said is within its capacity, according to the letter.

The secretary of state’s office has recommended that voters mail their ballots in a week ahead of time for years.

Read the letter in full by clicking or tapping here.

Griswold said 93% of Colorado voters did so by mail in 2016. This election, her office predicted that only 2 to 4% of voters will cast their ballots in person.

The president alleged that cutting USPS funding would starve the agency of money Democrats say it needs to process an anticipated surge in mail-ballots during the COVID-19 pandemic.

Griswold, a Democrat, has previously disputed additional unfounded allegations by the Republican president that mail-in voting would lead to massive voter fraud in the November election. Griswold said her office is funding up to 100 additional drop boxes before the November General Election and has encouraged Colorado counties to apply for funding.