Colorado still has caucuses, and this is why you should consider participating

Colorado got rid of presidential caucuses, but caucuses are where some of the most important decisions are made about who represents you. 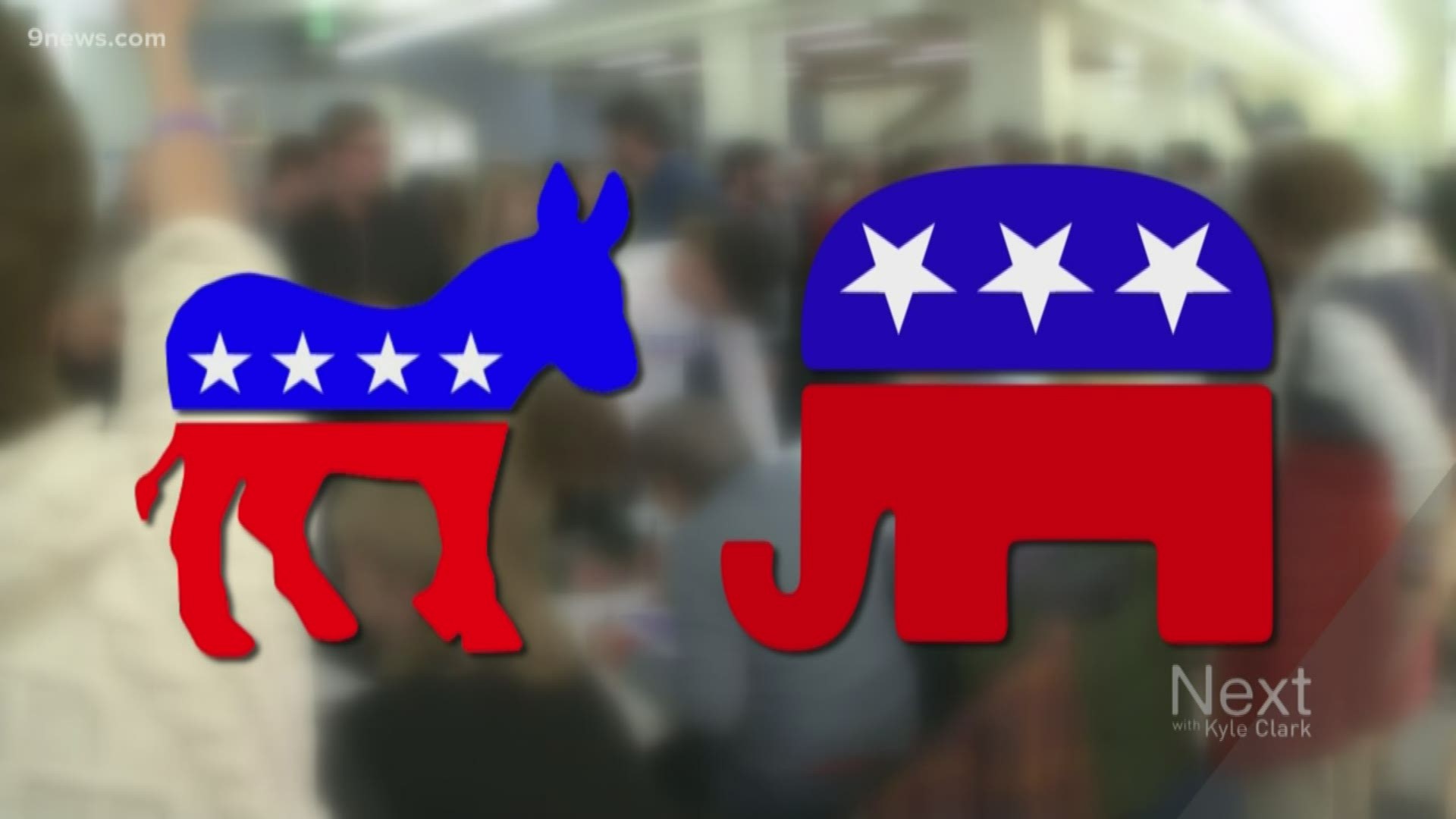 DENVER — The winner of the Iowa Caucuses can still not be determined even days later.

For those of us in Colorado, thinking we dodged a bullet since we switched from a caucus to a primary, you're forgetting, we still have a caucus system -- just not for picking presidential nominees.

"It would be a really unfortunate downside of this if people decided not to participate in other caucuses based on what they saw in Iowa," said Colorado's Democratic Party Chair Morgan Carroll.

While the presidential primary will happen through mail-in ballot on Tuesday, March 3, the party caucuses will meet on Saturday, March 7.

At the March 7 caucuses, Democrats will decide which U.S. Senate candidate gets support to be on the June 30 Senate primary ballot.

The candidates running for the Democratic nomination either have to collect signatures and petition onto the ballot or get 30% or more support at the Democratic State Convention on April 18. To get that support, they need to convince caucus-goers starting on March 7.

Candidates John Hickenlooper, Andrew Romanoff, Stephany Rose Spaulding, Trish Zornio and Erik Underwood are attending the caucus to get on the ballot.

Another reason to go to the caucus? If you want to be on a vacancy committee that has appointed lawmakers sitting in 21 of the state's 100 legislative seats.

"If there's ever a vacancy, and there will be vacancies, you never know who, when or where, you want to go to caucus, you want to run to be a PCP or a precinct organizer, so that if there's a vacancy, you have a say on who the next elected representative will be," said Carroll. 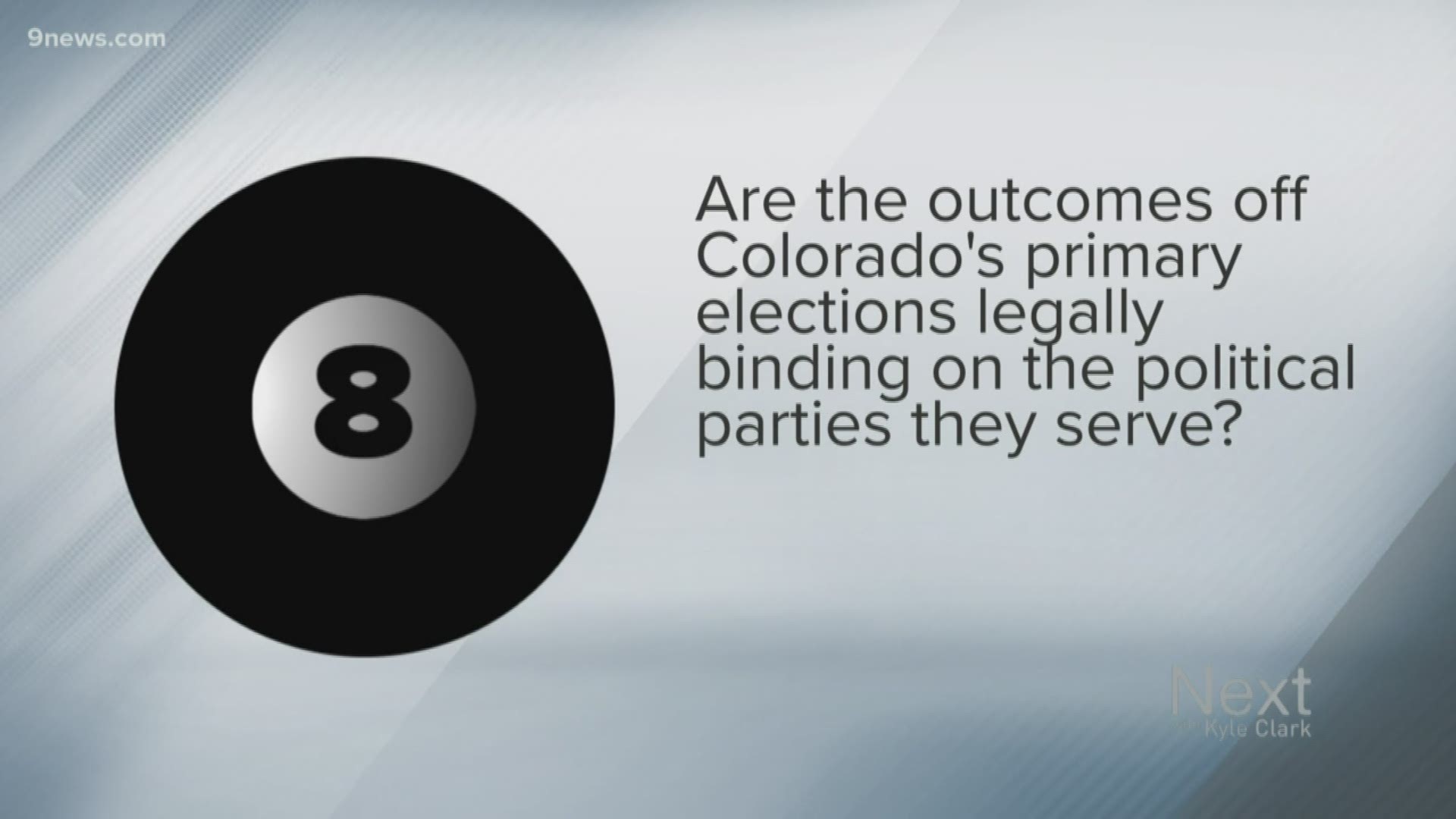 "Colorado does have one of the highest appointed members of our legislature, and I don't think this is the way our system is designed to work. I do think we want people, for the most part, staying in their seats when they get elected," said Colorado Republican Party Vice Chair Kristi Burton Brown.

Although, for Republicans, you don't necessarily need to go to the caucus to get put on a vacancy committee later in the year.

"Sometimes the spots on those committees are actually filled throughout the year when other spots become open. It's the main way to be a part of that committee, it's not the only way," said Burton Brown.

Of the 21 lawmakers who were appointed at one time to get in the door at the state Capitol:

Three other previously appointed lawmakers lost in 2018 and one resigned.

One other reason to attend the caucuses is to be one of Colorado's nine electors. An elector is someone who casts the official vote for president after the November election results are certified.

In 2016, Micheal Baca was selected as one of nine Democratic electors. When it came time for him to cast his electoral college vote for Hillary Clinton, since she won Colorado's vote, he chose to be a "faithless elector" and vote for John Kasich, as a way to try to prevent Trump from becoming president. He was removed and replaced. He sued, and a U.S. District Appeals Court ruled that he should have been removed. The case will be heard by the Supreme Court in April.

If you want to be an elector or help choose your elector to make sure they vote for who you expect them to vote for, you should go to caucus.

"I think any presidential elector who hasn't taken the time to meet people locally is probably not going to get elected, and I think the electorate is more savvy now, after 2016, that they might ask a few more questions of the people running, to make sure that's who they really want to vote for," said Carroll.

If you're an unaffiliated voter, you can vote in the presidential primary and the U.S. Senate primary in June, but you can't caucus.

If you want to caucus, you have until Feb. 14 to affiliate with a party.

"To participate in the Democratic or Republican caucuses, you must be affiliated with that party by February 14, registered to vote and in your current address," said Carroll.