The sunflower farmer has one simple request: enjoy the beauty from the public road and don’t trespass on private property. 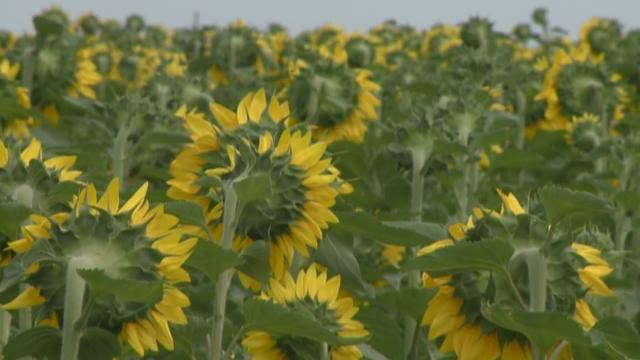 It’s that time of year when fields become full of color and a lot of photographers trade mountain vistas for sunflower-swept plains.

Some of the hottest spots for sunflower photos are near Denver International Airport where farmers plant a rather hefty sunflower crop.

"We plant roughly around a thousand acres a year,” said Tom Kirkmeyer, a farmer in the area. “This year we have 1,300 acres.”

Kirkmeyer leases fields both on airport property and around the airport. And every year, he sees the same thing.

“It's usually early in the morning or in the evenings its nothing but cameras lined up and down the road," he said.

And all he has is one simple request: enjoy the beauty from the public road and don’t trespass on private property.

“When they're walking around out there it obviously becomes a liability issue,” he said. "We see people out there cutting heads off and taking them back to their car and it's about the equivalent to us harvesting your garden."

Many people may not realize a simple fact, but the beautiful sunflower fields are actually farmers’ crops.

Kirkmeyer sells his sunflowers to a processing plant that roasts the seeds, packages them and sells them.

“When you get multiple people out there stealing heads it adds up over a three weeks time,” he said.

Denver International Airport leases some of its property to farmers as an extra revenue source for the airport.

A spokesman for DIA told Next the airport generated $256,000 from leases to farmers last year.

The airport estimates those farmers grossed about $2.4 million. They estimated about 19 percent of it was from sunflowers specifically, about $456,000.

DIA encourages people who want to take photos to do it from the road, as trespassing on airport property could result in a citation of up to $999 or 30 days in jail.