Two Denver officers will now get 11 years worth of backpay for a 2009 incident involving Michael DeHerrera because of the high court's decision. 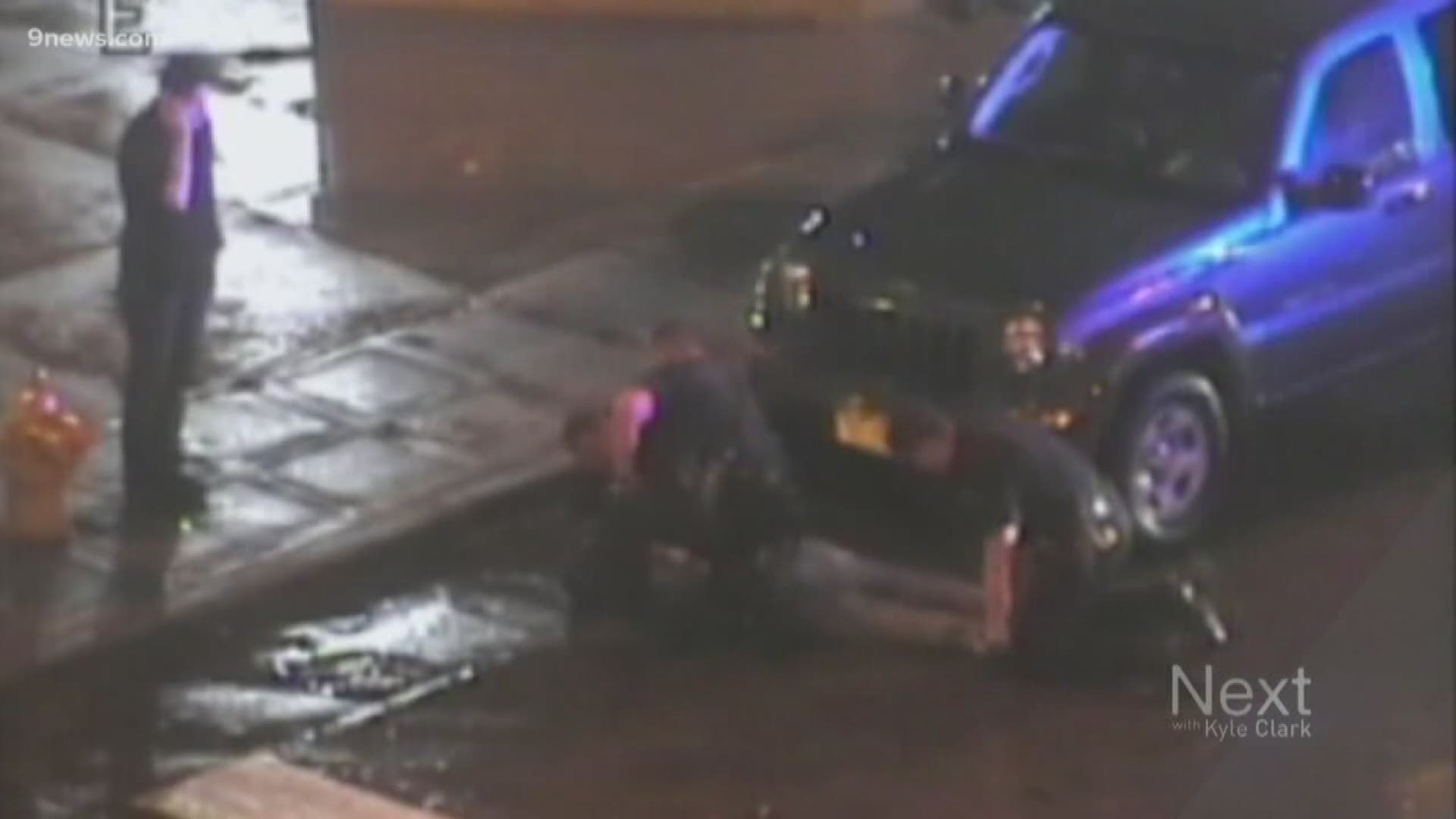 DENVER — Two Denver police officers are owed 11 years of back pay after the Colorado State Supreme Court denied a request to take up the case that has plagued Denver Police and the city for more than a decade.

Officer Randy Murr was originally suspended for three days, and Officer Devin Sparks was docked three days worth of pay for an incident on April 4, 2009, in Denver's LoDo neighborhood. That incident involved use of force during the arrest of Michael DeHerrera and Shawn Johnson, two patrons of a downtown club who were asked to leave after trying to use the women's restroom.

After high activity location (HALO) video of the incident was aired on 9NEWS, their punishment was rescinded, a new investigation was conducted, and the officers were fired in 2011.

Since then, the officers' firings have been appealed multiple times, resulting in an April 2019 Colorado Court of Appeals decision that concluded the rescinding of the suspension and docking of pay should not have happened because the Manager of Safety did not have an "implicit power" to change the punishment.

"We are acutely aware that this result means that the officers essentially escape the consequences of their conduct, a result that is directly contrary to what the facts compel. But agencies and courts must employ just and proper procedures to obtain just and equitable results," the court wrote in its decision.

Last summer, the city of Denver asked for the Colorado Supreme Court to grant a petition for Writ of Certiorari, which essentially means the city wanted the state's highest court to hear the case and consider reversing the Court of Appeals decision.

On Monday, the Colorado Supreme Court denied that request, which means the officers are entitled to their jobs back, along with 11 years of back pay.

"The immediate next step will be for the city to work with opposing counsel to agree on a resolution," said a spokesman for the Denver City Attorney's Office.

A spokesman for the Denver Police Department deferred to the city attorney's response and would not say if Chief Paul Pazen would want the officers back working in the department.

The HALO footage depicted DeHerrera talking on a cell phone nearby where officers were arresting Johnson.

The video, which has images but not audio, showed Sparks approach DeHerrera, throw him face-first onto the pavement and strike him nine to 10 times on the leg with a SAP tool, according to court documents. A SAP is a lead-weighted leather weapon. DeHerrera does not appear to resist.

Sparks then "forcefully dragged [DeHerrera] back to a police car," where he was taken to a hospital and treated for serious injuries caused by Sparks, the documents say.

Then-Manager of Safety Ron Perea originally disciplined the officers for writing false reports, but after the video became public, he rescinded the discipline and ordered DPD to reopen the internal investigation based on new evidence.

After another nine-month investigation, a new Manager of Safety, Charles Garcia, fired both Sparks and Murr.

"While I was still trying to take responsibility for my actions, I knew that they were wrong. Maybe I should have just waited in the line for the mens' restroom, but I knew that their response was uneven, that it was unlawful, that it was wrong," said Johnson on Monday after the Colorado Supreme Court denied to hear the case."There's no justification or explanation for why we would pay these officers, who violated their rules and their regulations."

"They're just getting rewarded for beating my son up, for nothing," said Michael DeHerrera's father, Anthony DeHerrera.

Anthony DeHerrera has been a Pueblo County Sheriff's Deputy for 32 years, and found out this morning that the officers in his son's case would be eligible for backpay and their jobs back.

"Basically, they got an 11-year vacation with pay," said Anthony DeHerrera. "I can’t see trying to get a bad cop his job back on a technicality."

I wouldn’t say it’s a technicality, it’s not like someone forgot to dot an 'i' or something like that,” said Sean Olson, the attorney for Murr and Sparks. "I don’t see that as a technicality here, that is an abuse of the system that is in place to protect these officers from politically motivated employment decisions."

Here is a timeline of those events, as outlined by the court documents:

April 4, 2009: DPD launches a 15-month investigation into the incident and the officers' actions. Murr and Sparks justified the use-of-force by claiming that DeHerrera had been preparing to strike Sparks.

July 19, 2010: The Manager of Safety (MOS) found that Sparks did not use inappropriate force, but that both Murr and Sparks violated a policy to write accurate incident reports. He ordered Sparks pay a three-day fine (payable by working for three days without pay or by having 24 hours deducted from his leave bank) and Murr suspended for three days. This ignited a 10-day appeal period. Neither officer chose to appeal.

Shortly after, Denver District Court denied the officers' request for an injunction.

The officers had filed suit, asserting that the MOS did not have the authority to rescind a disciplinary order and issue a new one after the 10-day deadline for appeal had passed.

March 2011: The MOS terminated Murr's and Sparks' employment after finding that Sparks had used "inappropriate force" and Murr violated a provision of DPD's "commission of a deceptive act."

A three-person hearing panel granted Murr's and Sparks' appeal that the MOS's first disciplinary order [a three-day fine and three-day suspension] had become final once the 10-day appeal period had lapsed.

The panel then affirmed Sparks' dismissal but reversed Murr's. The Safety Manager was granted a stay that allowed the decision to dismiss Murr to remain pending the outcome of the officers' appeal, which they promptly filed.

Dec. 9, 2013: The Civil Service Commission reaffirmed its prior decision, including upholding Sparks' and Murr's dismissals.

Both officers then filed suit in Denver District Court.

April 4, 2019: Court of Appeals reverses the Denver District Court decision, concluding that "there is no basis for the Civil Service Commission's decision that the Manager of Safety has such an implicit power."