The calendar says it's summer, but winter is here, according to Colorado's new I-70 traction law. 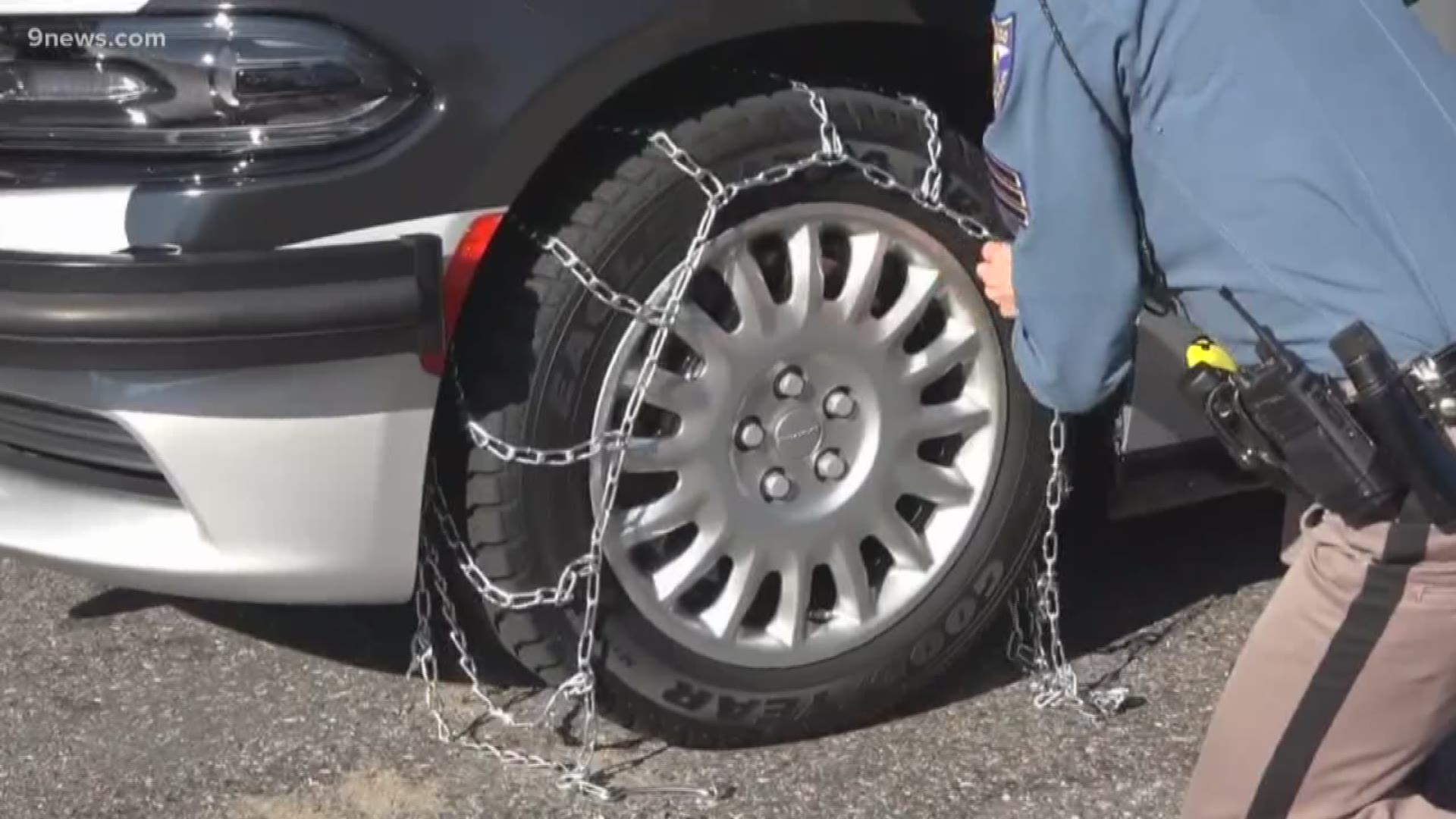 DENVER — Attention, drivers who use Interstate 70: Colorado’s new traction law means vehicles need to be prepped for winter weather nine months out of the year.

The law, signed by Gov. Polis in May 2019, said vehicles need to either have snow tires or carry some sort of traction device (like chains or tire socks) at all times if they’re not four-wheel drive or all-wheel drive. The rule applies to the stretch of I-70 between Dotsero and Morrison, and it’s in effect from Sept. 1 to May 31, regardless of the forecast.

The new law also increased the minimum tire tread requirements for all tires to three-sixteenths of an inch.

The Colorado Department of Transportation and Colorado State Patrol were asked to consult on enforcement and inspection checkpoints as part of the law. They have not yet figured out what enforcement of this new law is going to look like.

RELATED: When will Colorado's new traction law be enforced, and what would enforcement look like?

CSP Trooper Gary Cutler told 9NEWS drivers should be aware that severe weather conditions can lead to even stricter regulations. CSP gives the road statuses codes, he said, and the most stringent rules are put in place under a Code 16.

RELATED: Snow or shine, a bill would require specialized tires, chains or AWD on I-70 all winter long

“Code 16 is basically a last-ditch attempt to keep the roadways open, and this means that everybody, commercial and passenger vehicles, need to have an alternative traction device, which would be like auto socks or chains. And that doesn’t matter if you have four-wheel drive, all-wheel drive, or anything like that,” Cutler said.

Cutler also provided a common-sense reminder for all people who drive in Colorado during winter: be prepared for anything.

If your car doesn’t have the correct equipment, you may not be able to drive home. And in the event you get stuck on the road, it’s best to have extra warm clothes, safety equipment, water, a full tank of gas and any items that might help get the vehicle out of the snow.

“The more prepared you are, the less trouble you’re going to get into, whether it’s by law enforcement or it’s just the elements,” he said.

Several people have asked us what this new law means for rental cars.

Rental companies are not required to prepare drivers for winter driving. Following the law is up to the renter.

If a driver wants to head from Denver to the mountains in a rental car, the renter has to ask for and pay for an upgrade to a vehicle with four-wheel drive or all-wheel drive that complies with the law.

Several rental companies also told 9NEWS they have all-season tires on their cars, but not snow tires.