Coloradans turn to strangers for help with messy unemployment system

People are so desperate to get help from the state that they're turning to unofficial sources for help so that they can get unemployment benefits. 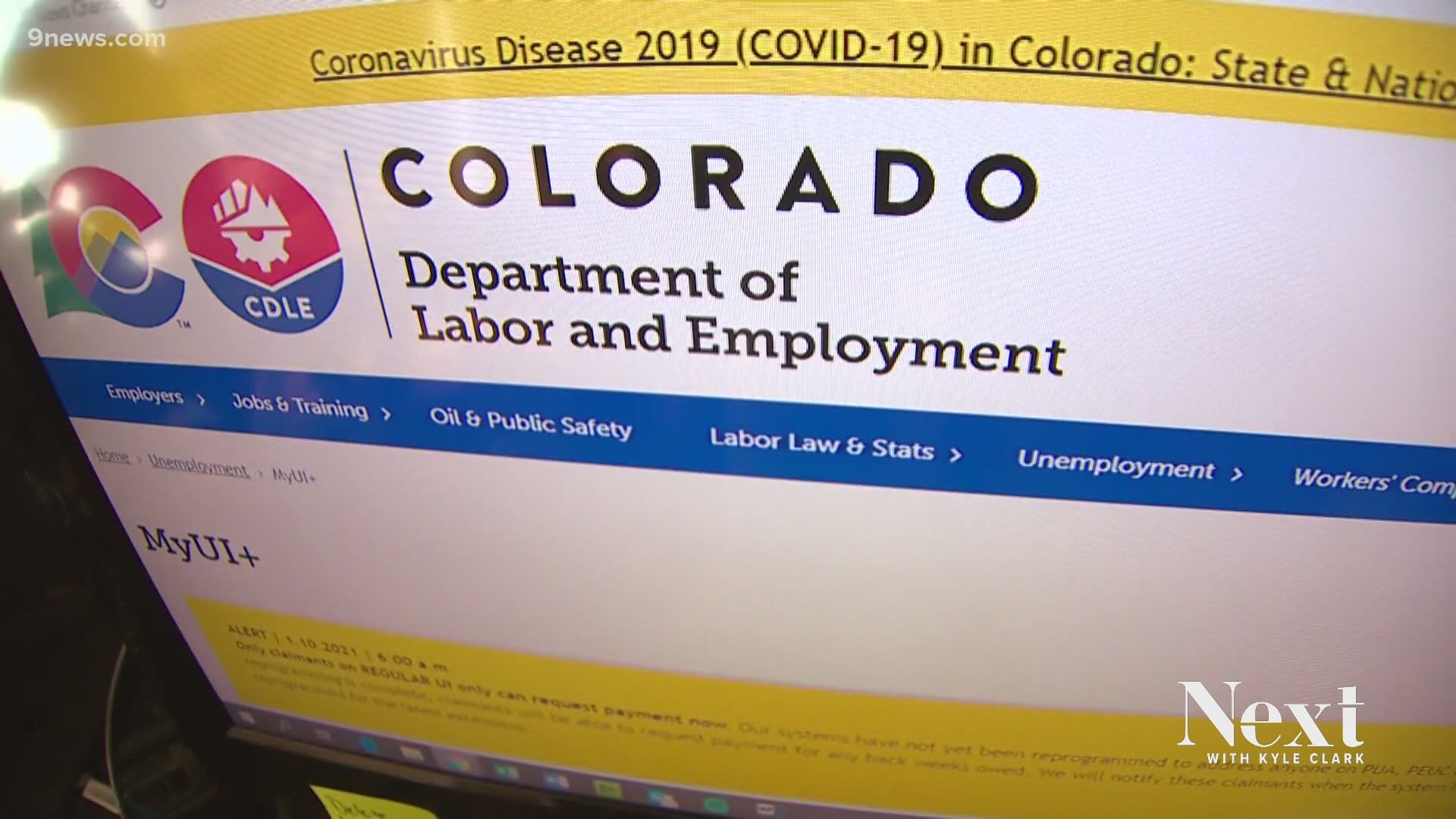 DENVER — What would you do to pay the bills?

Without a job, and with a delay in receiving regular unemployment benefits she's expecting from the state, Jody Camarillo borrowed money.

"Negative money, no money for food. I took out a loan to cover my expenses in the meantime, thinking that three weeks would be long enough to get paid, and obviously, it wasn't," Camarillo told Next with Kyle Clark on Tuesday.

She's been unemployed since October and was receiving regular unemployment benefits from the Colorado Department of Labor and Employment (CDLE) until a computer system upgrade stalled her payments.

"I took out a high-interest web loan," said Camarillo.

"They're actually very good to work with even though they're charging you a fortune in interest," Camarillo said.

"My goal was to pay it off before the first payment was due, and then I would only have one small interest payment afterwards," said Camarillo. "I've been working really, really hard to get to build good credit, and I was finally breaking into the good credit zone. I don't know if I would have been able to get a loan through a bank."

Camarillo recently went through a new process on her unemployment profile to confirm her identity.

It's a topic that has confused other claimants, who have turned to crowdsourcing for help.

A spokeswoman with the Division of Unemployment Insurance said the state is, indeed, responding to people seeking help.

One of the questions recently asked in the Facebook group dealt with verifying your identity on the unemployment portal. Swank described how one user helped another navigate the new system.

"Those little things are success stories, I don't care. They may not have got the money yet, but they wouldn't have known exactly how to do it if it wasn't for our group," said Swank.

"I don't know how close they were coming to it, but someone said suicide is the only answer, and I was personally involved in getting that person help," said Swank. "They have lots of people checking in on them and they thanked everybody for their concern."

Do you have a story about your unemployment benefit experience that you want to share? Email Marshall@9news.com.

RELATED: $260 million in unemployment benefits paid this week as people in phase 2 continue to wait on the extension of federal benefits

RELATED: Colorado saw more rental assistance requests in January than all of 2020

RELATED: Third stimulus check update: Who gets the full $1,400 payment?