Revitalizing an industry that's been declining for decades could be one key to mitigating some of the state's fires. 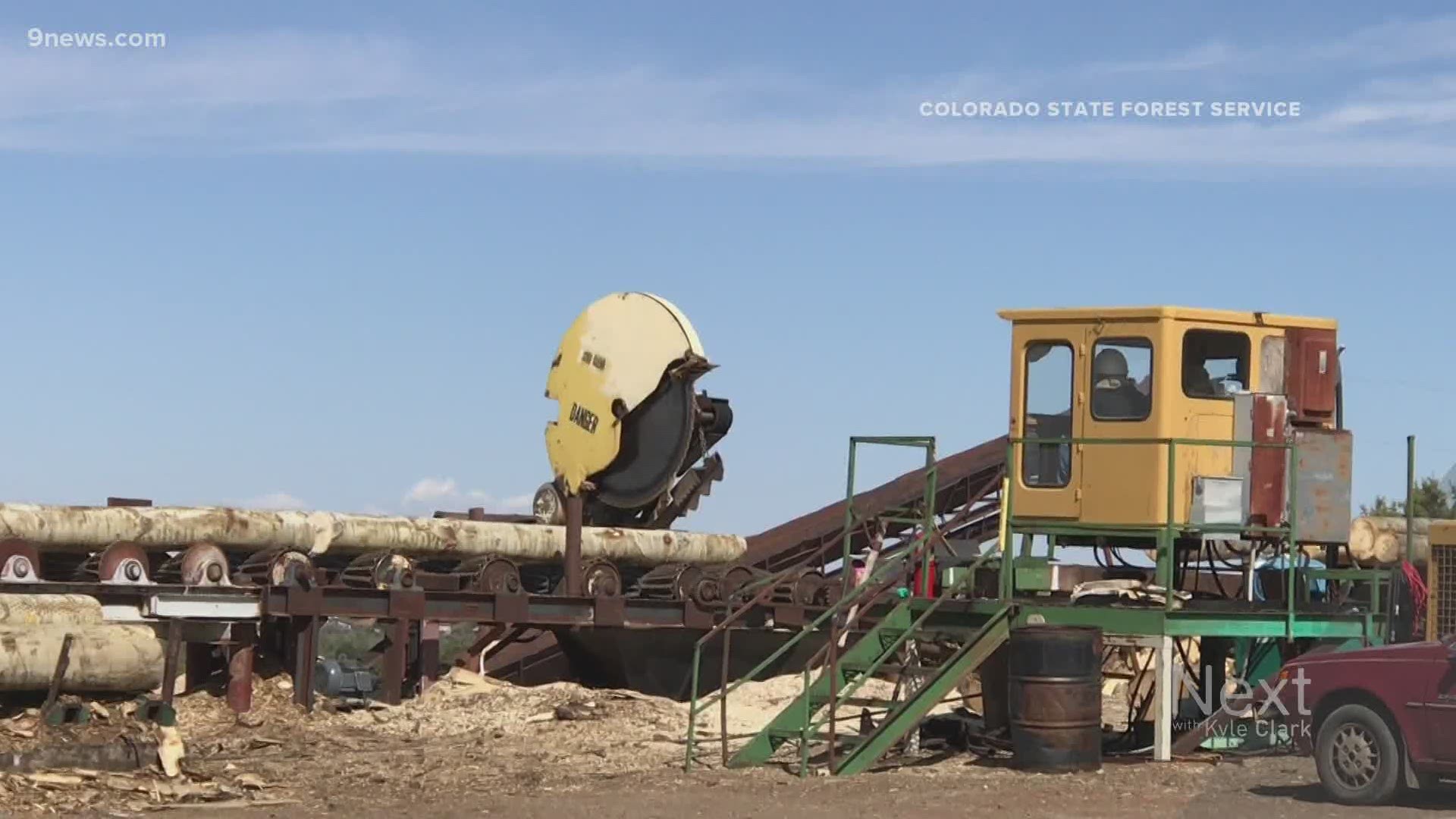 FORT COLLINS, Colo. — As powerful wildfires burn large parts of Colorado this summer, officials with the Colorado State Forest Service are working to revitalize an industry that might help: the wood products field.

“It’s declined so much over the decades to the point that they’re not capable of providing a great deal of impact to some of the situations we see right now,” he said.

According to Reader, 20 years ago Colorado had more than 80 sawmills throughout the state. Today there are around 30.

Reader said a reason for the decline was a shift in priorities of policy.

“Some of the changing priorities, particularly in Colorado in how we use our public forests, they have a lot of potential for recreation, water quality and water production and wildlife,” Reader said. “As we began to recognize those other priorities, simply going in with traditional forest management, wood removals to support sawmills, became less of a priority.”

But Reader said as the state learned more about active forest management across the west and Colorado, they began to realize the value of the industry for its mitigation work. A foresting company could help clean up fuels on private or public lands that could lead to the growth of a fire.

“I had a logger tell me 'for the past 20 years you’ve been trying to run me out of the state, now you’re trying to work me to death,'” Reader said.

In recent years the state has begun to help the industry through a loan program. The state forest service has also invested in research and development.

One of the leading problems with mitigated timber is its lack of value, according to Mark Morgan, who owns Morgan Timber Products in Fort Collins.

Morgan serves on the board of a trade group for forest product producers.

He said the timber harvested in mitigation work works best as wood pellet fuel, but there isn’t a market for it in Colorado.

“We’re buried in cheap gas,” Morgan said. “Colorado’s got some of the cheapest energy in the U.S.”

Europe is a big market for wood pellet fuel, but Morgan said exporting that product there is extremely cost prohibitive.

Another option would be using the timber to make pulp for paper. But that process requires a lot of water, which Colorado doesn’t have easy access to.

Morgan also said the problem with mitigation work is the demand for an intense cleanup. Instead of grinding up and leaving behind slash, most projects demand it be cleaned up, which is expensive work.

“A lot of that material would be sound ecologically if you ground it or crushed it or left it on-site,” Morgan said.

“People want to do fuels reduction work, but they want everything to look like it’s a park or something,” he said. “Perfect is the enemy of good.”

Through economic development, the state has had success growing the industry in parts of the state, largely in southern Colorado, according to Reader, the wood product utilization forester for the state.

“We do have to look at adding value to these products,” Reader said.