A defense attorney is trying to convince a Gilpin County judge that the breathalyzers in the state of Colorado were certified through flawed measures. 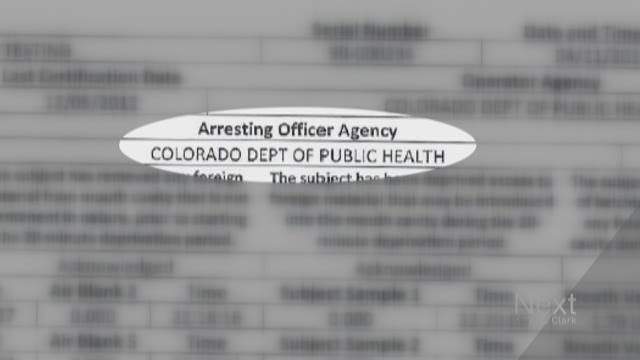 The state's DUI program is on trial.

A defense attorney is trying to convince a Gilpin County judge that the breathalyzers in the state of Colorado were certified through flawed measures.

"This could potentially impact DUIs across the state," said defense attorney Danny Luneau.

Lunea is trying to keep the breathalyzer results out of a specific DUI case that he's defending in Gilpin County. He has a former Colorado Department of Public Health and Environment lab worker, Mike Barnhill, who told him his signature was forged, signing off on tests that helped certify specific breathalyzers.

Luneau said Barnhill also signed off on other forms, even though he had not seen the tests done, to properly authenticate what he was signing.

During court, former co-workers of Barnhill, testified that he had authorized them to sign his name.

Luneau also has other evidence that he's using to try to keep the breathalyzer results out of his case. It's a date-stamped certificate that shows specific breathalyzers are certified and approved to determine blood alcohol content, except it has the signature of a laboratory director that did not work at the Department of Public Health and Environment during the time listed on the certificate.

"If you have a program, a breath-testing program that's accurate, scientifically reliable and transparent, not only will innocent people not get convicted, guilty people will not be able to get off using these arguments," said Luneau.
He said that the Colorado Department of Public Health and Environment conducted its own internal investigation, which found no wrongdoing.

In an email response to Next, Mark Salley, a spokesman for the Colorado Department of Public Health and Environment wrote:

"Regarding the lab’s certification process for Intoxilyzer 9000 instruments for evidential breath alcohol testing. One of the numerous analytical and function tests involved in the certification process, the Final EBAT Breath Test, includes testing the signature pad on the instrument by inputting a signature where an officer would sign if it were a real test. This doesn’t equate to certifying the instrument. It is merely a simulated test that uses place-holder information."

That statement is in reference to the documents that Barnhill claims his name was forged on. According to the state, those documents alone do not certify the breathalyzer, but merely prove that the machine works like it's intended.

The court case continues Tuesday morning in Gilpin County. The judge will hear more arguments about why the breathalyzer for one specific DUI case should not be allowed as evidence.