More than 100 cases were filed in 2020 under the extreme risk protection order law. 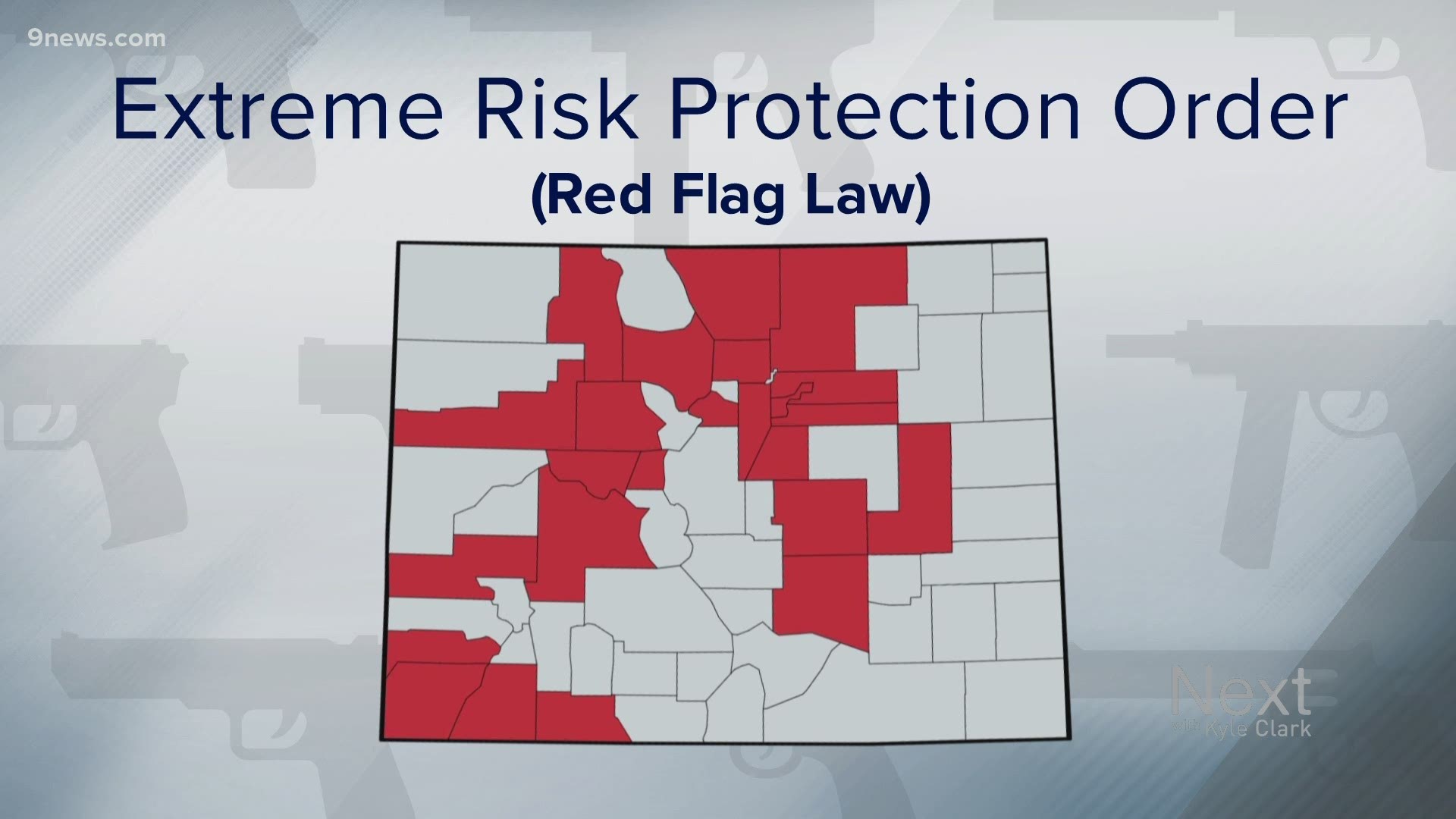 Bryce Shelby, 28, self-identified with the Black Panther Party, expressed the desire to join a nationalist paramilitary organization, and posted violent and threatening posts to social media, according to a petition for an extreme risk protection order.

The Denver Police Department (DPD) filed the petition for the protection order with the Denver Probate Court on Nov. 3. The court approved an order on Nov. 12 that required Shelby to surrender his firearms or they would be seized, according to records.

DPD confirmed on Tuesday that they seized the guns.

RED FLAG LAW BY THE NUMBERS

Shelby's was one of 111 cases filed in 2020 under the state's extreme risk protection order law. The law allows a family member, household member, a roommate, legal guardian or even a member of law enforcement to petition a judge to have someone's guns seized if they are deemed a threat to themselves or others.

Out of the 111 cases, a judge approved a temporary restraining order, requiring a person to hand over their guns, 66 times. That's about three-in-five cases.

Following a temporary restraining order, a hearing is supposed to be held within two weeks to determine if the order will be issued for a year.

In 39 cases, the judge denied the request to seize weapons. That's about one-in-three cases.

Cases were filed in 24 of Colorado's 64 counties.

Most cases were filed in Denver. Out of 39 cases, 29 restraining orders were granted and 10 petitions were denied.

Jefferson County courts heard 13 cases. In seven of them, the restraining order was granted, and in six cases, the petition was denied.

El Paso County had 11 cases with 10 denials, and another case where a temporary order was issued, but the year-long request was denied.

Weld County had seven cases, with five denials, including a sixth where a temporary order was issued, but the year-long request was denied.

In the Denver case involving the threats to Weiser, DPD and the FBI investigated Shelby after they became aware of his social media posts. During the investigation, Shelby told an undercover FBI agent that he planned to shoot Weiser and didn't mind getting "blood on his hands," according to the DPD petition.

He had "scoped out" Weiser's residence by driving past it on more than one occasion, the petition says.

DPD also said Shelby told the undercover FBI agent that he wanted to eliminate Denver Mayor Michael Hancock, Aurora Mayor Mike Coffman and the police chiefs for both those cities.

Shelby was observed with two firearms -- an AR-15 style rifle and an SKS/AK style rifle -- that he brought with him in his vehicle and to protests in Denver and Aurora, according to the petition. One of the rifles was described as a "ghost gun" that was built by a friend and has no serial number.

On Nov. 12, the Denver Probate Court ordered Shelby to surrender his guns under the state's red flag law.

While he has turned over his weapons, which is a civil matter, no criminal charges have been filed.

"Isn't that amazing, but that's the world that we live in now," said Troy Eid, former U.S. Attorney for the District of Colorado. "Federal investigations take a long time, I know from experience. It may well be that this investigation is continuing just the way you would expect it to, you can't read anything into it."

Eid explained that federal law is limited on non-specific threats to people.

"There is not a general federal criminal threat law. There are specific laws. You can threaten to kill the President of the United States, that's a separate federal crime. You can threaten to kidnap somebody and to hurt them if they don't go with you in the kidnapping, if they try to escape or don't cooperate. You can say, 'I will kill you if you don't pay me $1 million,' that's extortion," said Eid. "But the U.S. criminal code doesn't have just a general criminal threat statute that says if you make a threat, that's enough to charge someone with a federal crime."

A statement from the Attorney General's spokesman explains why there may be no criminal charges in this case.