Susan Holmes has become a vocal critic of police policy since her son was shot and killed by a CSU officer in 2017. 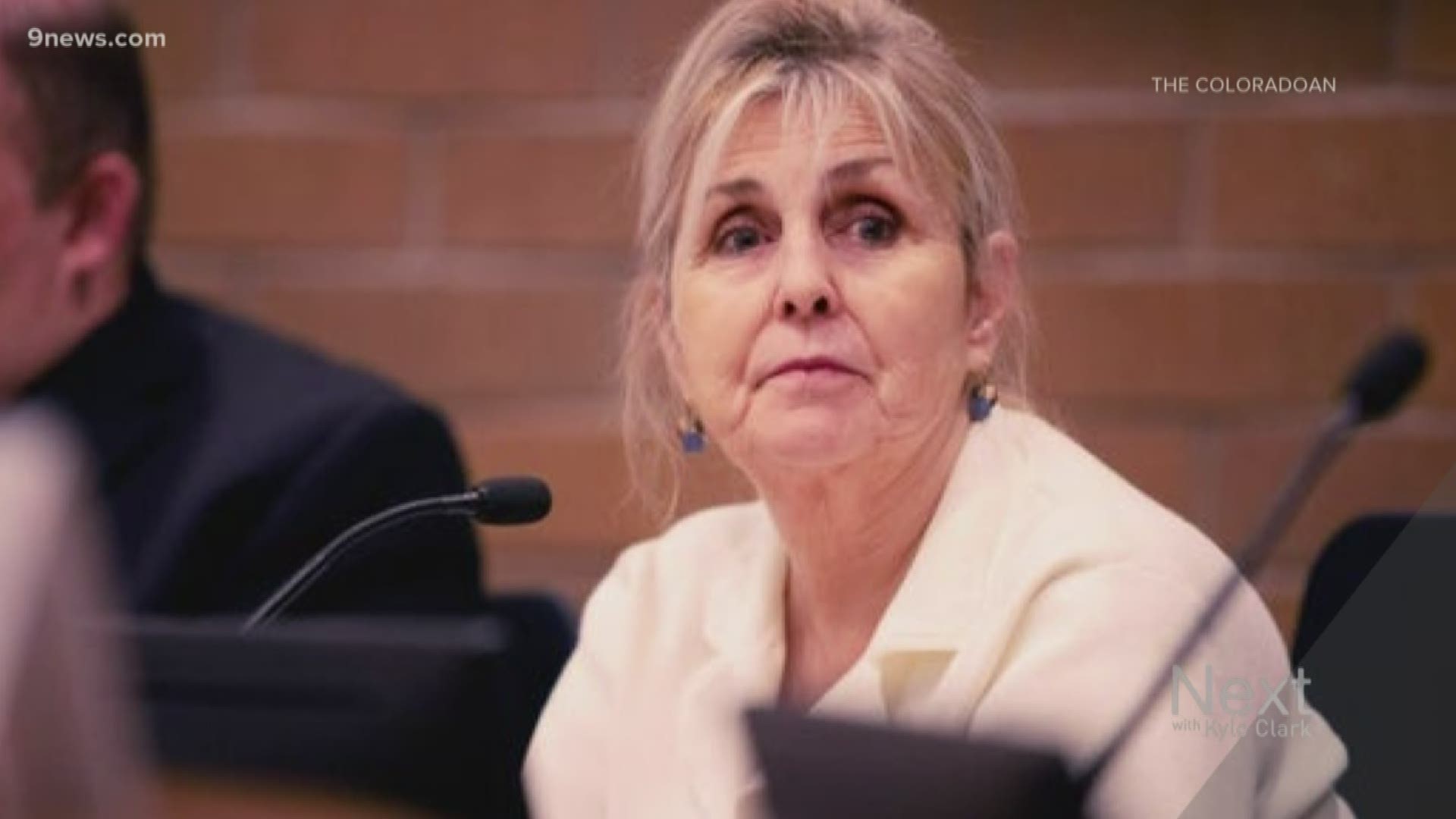 FORT COLLINS, Colo. — A mother whose teenage son was shot and killed by a Colorado State University police officer is seeking to have the officer’s weapons seized under Colorado’s new red flag gun control law. The case is a critical test of the bounds of the controversial law.

Susan Holmes filed an extreme risk protection order (ERPO) petition against Cpl. Philip Morris in Larimer County on Jan. 9. A hearing has been set for Thursday.

According to Colorado’s law, which went into effect Jan. 1, a family member, household member or law enforcement officer can file an extreme risk protection order petition if they consider a person to be a threat to themselves or others. A judge then rules on the petition.

In her petition, Holmes wrote that Morris is a family member, specifically noting that they have a child together. That is not true.

On her petition, Holmes also checked the box next to the question of whether this person has posed “a credible threat of or the unlawful reckless use of a firearm.” In her explanation, she wrote: “Phil Morris used his firearm to recklessly & violently threaten and kill 19 year old Jeremy Holmes.”

Jeremy Holmes died July 1, 2017, in a confrontation that investigators described as a “suicide by cop.”

Police said they encountered Jeremy Holmes that night in the 500 block of West Prospect Road in Fort Collins and quickly learned he was armed.

Morris is heard on body camera footage of the incident asking Jeremy Holmes to drop a knife he’s holding 36 times within two minutes. Jeremy Holmes is heard asking police to shoot him.

Both officers were later cleared of any wrongdoing, but Susan Holmes became a vocal critic of police policy in the years since.

According to the Colorado State University Police Department, Morris was not put on leave because of this case, and he continues to carry his weapons.

Holmes' petition is one of five to be filed under the red flag law in the last two weeks. A judge in Lincoln County denied one of those petitions.

Wednesday, Larimer County Sheriff Justin Smith said his office would not serve the petition to Morris.

"It turns out that a Larimer County has become ground zero for Colorado’s Extreme Risk Protection Order (aka Red Flag) Law within days of its implementation. Within the first week of 2020, we have witnessed two cases in Larimer that demonstrate the two opposite extreme scenarios under this law. I find both of these incidents as classic examples of how this law both be used and abused... That petition was delivered to my office for service. I have not and will not be serving that petition, not because it’s against a police officer, but because it is a fraud. We are actively investigating this abuse of the system and we will determine what charges may be substantiated against the petitioner, Ms. Holmes."

The law has a provision that a person can be charged with a misdemeanor if they are found to have filled out the petition with false information.

The sheriff also said he gave the OK for a second ERPO in Larimer County against a man accused of making credible threats to carry out a mass shooting writing:

"While there are no firearms to be turned over, this order will flag Gatton in a background check from purchasing a firearm, should he be released pending trial. We obviously continue to oppose his release and we are frustrated by the continued failure of the state’s mental health hold process."

Lesley Hollywood, director of the gun rights advocacy organization Rally For Our Rights, said she feared this is how the law would play out, forcing people into courtrooms instead of focusing on other solutions, like increased access to mental health help, to protect people from gun violence.

"I think, unfortunately, it's a reality of this new law that we have here," she said. "I think a lot of gun owners are looking at it and are shocked."

"I think it’s a law that's becoming a band-aid to fix failures happening already," she added. 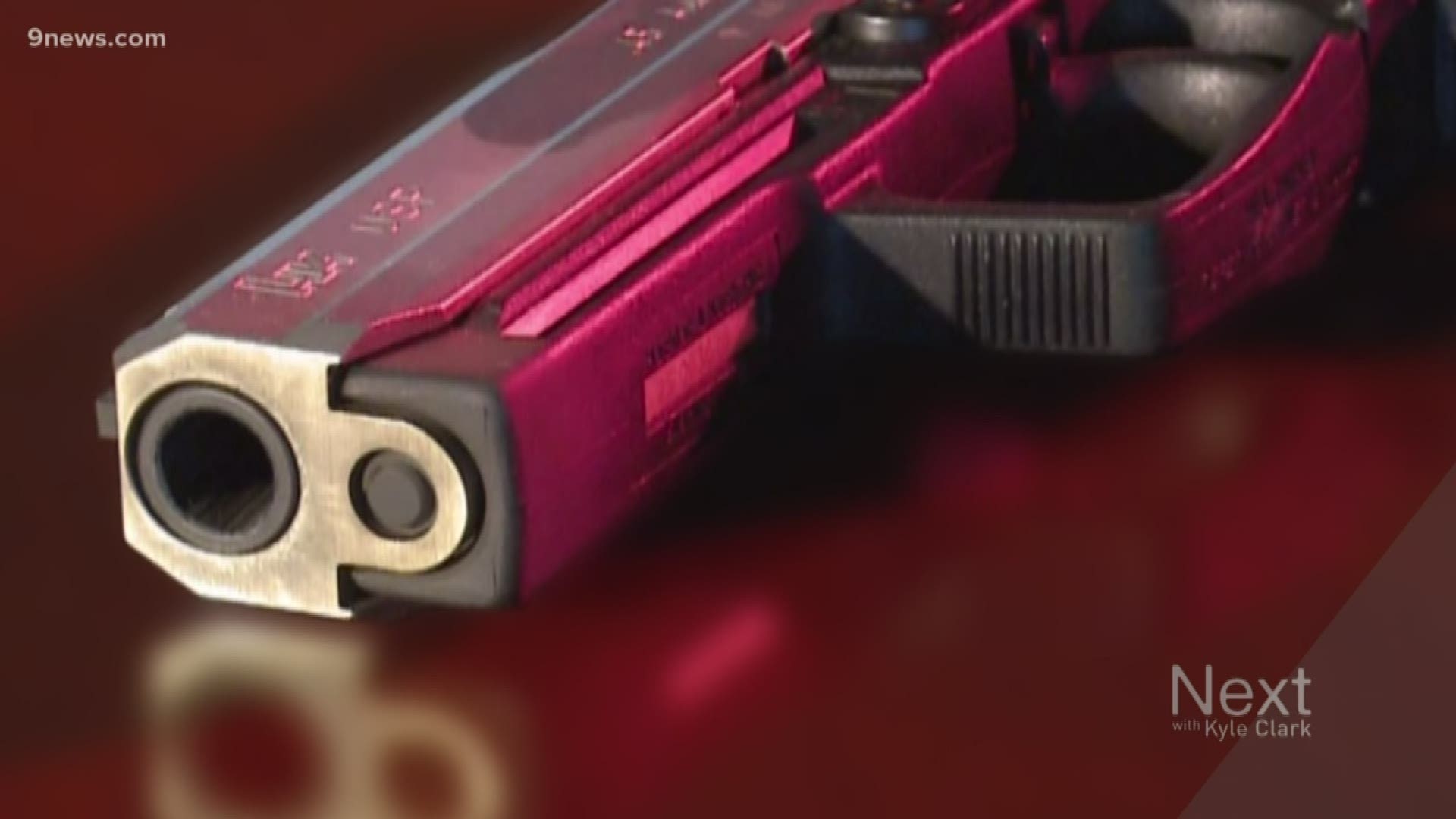 "In my opinion, the safeguards built into that law were working," he said.

Spurlock said the courts and law enforcement are the keepers of the standards for what warrants an ERPO.

"As I've said many times, local law enforcement is a local control statue. It allows jurisdictions to approach it from a variety of different angles," said Spurlock.

A judge decided if the petition filed by Holmes will move forward. That will be discussed Thursday.