Colorado's unemployment system: 1-on-1 with the man in charge

About 289,000 Coloradans can log onto the state's new unemployment system Saturday to sign up for benefits. We asked CDLE Director Joe Barela about what to expect. 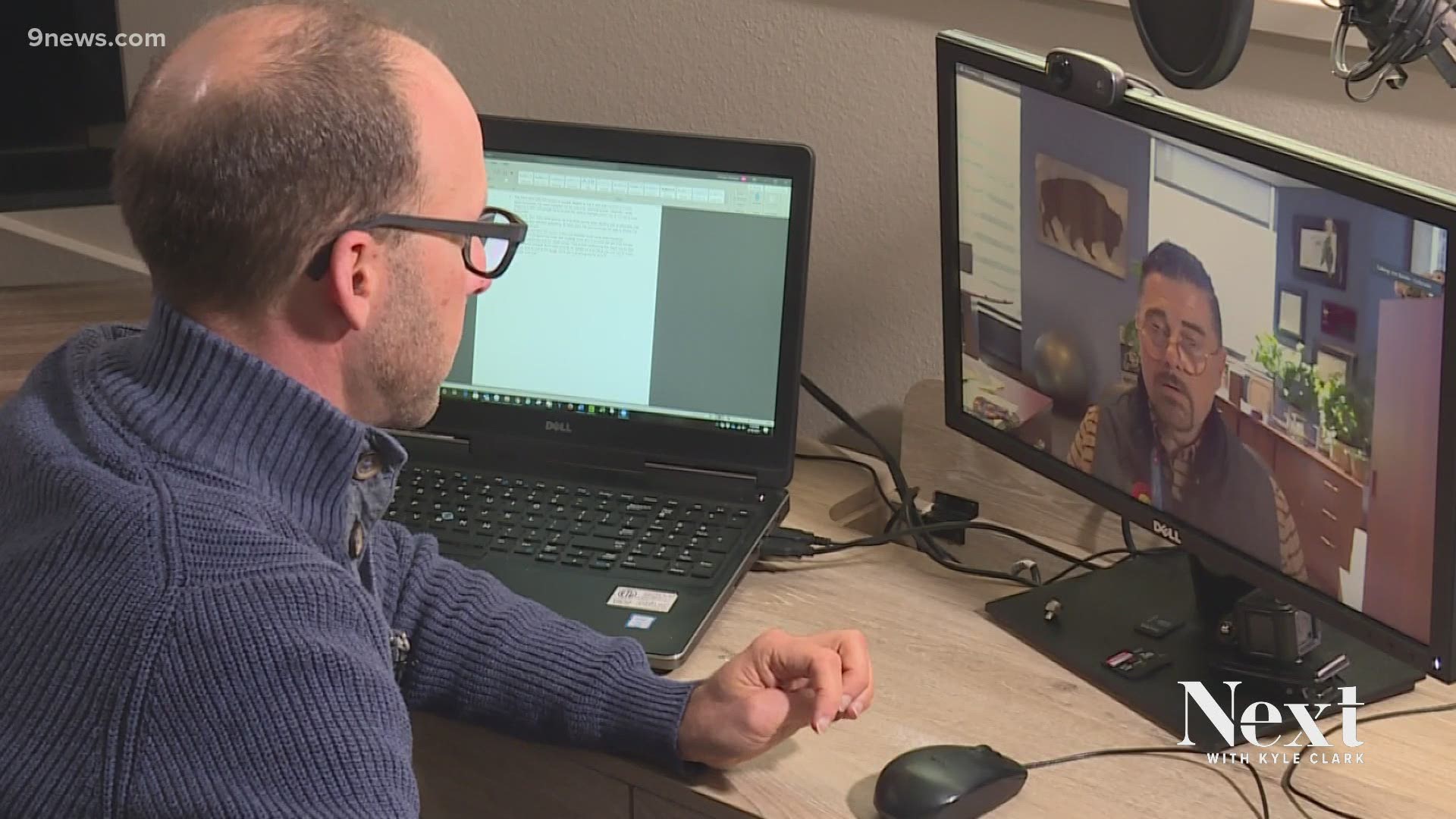 DENVER — There are no professional sports to watch in person.

Hamilton won't be performed in Denver until February 2022.

Yet, Colorado is host to the hottest ticket in town.

Saturday, the state's unemployment website goes live for hundreds of thousands of Coloradans who have been waiting for benefits since the end of last year.

The state sent emails to 289,000 people who were eligible for extended benefits that took effect on Dec. 27. It took two weeks for the U.S. Department of Labor to issue final rules for those benefits, and then another three weeks for the state to program its computer system to issue those benefits for people who had yet to get to a zero balance as of Dec. 26. Now, three weeks after that, the state is opening the next phase: issuing benefits for those whose balance got to zero either by Dec. 26 or since then.

Colorado Department of Labor and Employment (CDLE) Executive Director Joe Barela talked with Next with Kyle Clark. Below the questions and answers have been condensed for brevity.

Q: What happens if 289,000 people try to access the state's unemployment site at the same time tomorrow?

Barela: "We have tested the system and we feel confident that the system will be able to handle that load. There's a possibility that 289,000 people will not apply. That's just the universe of people that exhausted their benefits since last year. We have people that possibly could have returned to work, moved out of state."

Barela: "Just like any electronic money transfer, it could take 24 hours or 72 hours. Just like putting money into a Venmo account, transitioning from one bank account to another. It could take up to 72 hours once those funds come out of the Department of Labor and go into that individual's account of choice."

"I think by Tuesday, and if they have a really good financial institution, it could be there by Monday."

Q: When will the state's unemployment benefits delay no longer be an inherited problem and the previous team's fault? When will it be on you and your team?

Barela: "I think there will be a point in time, but we are less than two months from going live with MyUI+ on January 10, so with any massive tech rollout that relies on inputs and outputs, we need to deal with some inherent information that came into the new system from the old system and clean that up."

"I do think, hopefully, within 90 days, we will have a system up and running. We'll have, what we would call defects or glitches, fixed as they're identified."

"This was multiple governors, multiple administrations, multiple decades. Our system that we inherited was built in 1983. That's not only last decade, but last century technology that we were using."

Q: Was this the best way to change technologies?

Barela: "I think the best way would have been for us to roll out in April before the pandemic hit, but that wasn't an option. We had over 100,000 claims come in that last week in March and first of April, and we knew we didn't have the ability to roll out a system that wasn't ready to serve that demand."

Barela explained that computer code needed to be programmed for the new benefits passed by Congress.

Barela: "These weren't extensions, they were four new programs we had to put into the system and then start paying benefits. We have to demonstrate that everyone coming into the system with extensions has exhausted, not only state benefits in Colorado, but are they eligible for benefits in other states? Have they exhausted all the CARES Act programs before we move them into the new extension of the Continued Assistance Act program?"

In a statement provided after the interview, CDLE wrote:

It cannot be overstated, had we not modernized our benefits system:

Q: What can you say to people waiting for money besides, "well, just so you know, you're going to be made whole?"

Barela: "My team has not had a day off. We don't get to not work on weekends. We work tirelessly trying to get this program up and functional. We rolled out MyUI+, 1.5 million files came over, with that, we are going to have glitches, and we're trying to fix those."

"I know that doesn't sound, or it doesn't help people who have rent due on February 1 or February 15, but we are doing everything we can, with the limitations we have, to get money into people's pockets as quickly as possible."

Q: Let's say Congress waits until March 14 or later (benefits expire March 13). Are we looking at another two weeks for rules from the U.S. Dept. of Labor, and then three weeks to get a phased-in group benefits?

Barela: "This program, the Continued Assistance Act, will expire on the 13th of March. My latest intelligence from Washington is that the Senate will not take up, if a bill gets to them, until March 14. Guess what? The program expired. We're going to be in the same position, where states get benefits from the last program into people's hands, and we're going to be in the same thing, there's going to be a halt in benefits because of inaction at the national level."

"I do think if Congress passes true extensions of the Continued Assistance Act, the gap will be shorter than what it is now, the three weeks we were experiencing in Colorado. If it's a true extension, I think we will be able to turn around very quickly. It just depends on what the bill language has in it."

Barela said that an extension to the existing benefits could be simpler to program in the MyUI+ system compared to a new benefits package that requires new computer coding.

Barela: "We had to put in identity verification measures before we released benefit. We had to verify that people weren't eligible, not only in Colorado, but in other states, for benefits before they could file for these federal extensions."

"If none of that changes, I think Colorado will be able to turn around, even if they don't act until after the 14th, sooner than a three-week wait, and I hope it's less than a week."

Q: What good has it been to outsource to a call center to people in a different state who may not be fully invested with caring about the people on the other end of the line?

Barela: "Those are choices we had to make on the fly. We're reevaluating that decision. We needed a release valve so that these people could be walked through some small, technical questions on opening a claim, kind of getting through the system. They were trained to help people re-apply."

Here are unemployment statistics from CDLE:

Since the start of the pandemic:

We estimate we’ve prevented more than $7 billion in fraudulent benefits going out.

An estimated total of 818,005 regular initial unemployment claims have been filed.

An estimated 290,219 PUA initial claims have been filed.

Since launching MyUI+ in January: