Some pharmacies turn away eligible vaccine recipients against Colorado rules

Colorado’s guidance on vaccine distribution requires providers to give the shot to eligible patients no matter where they live. Gov. Polis reaffirmed that Monday. 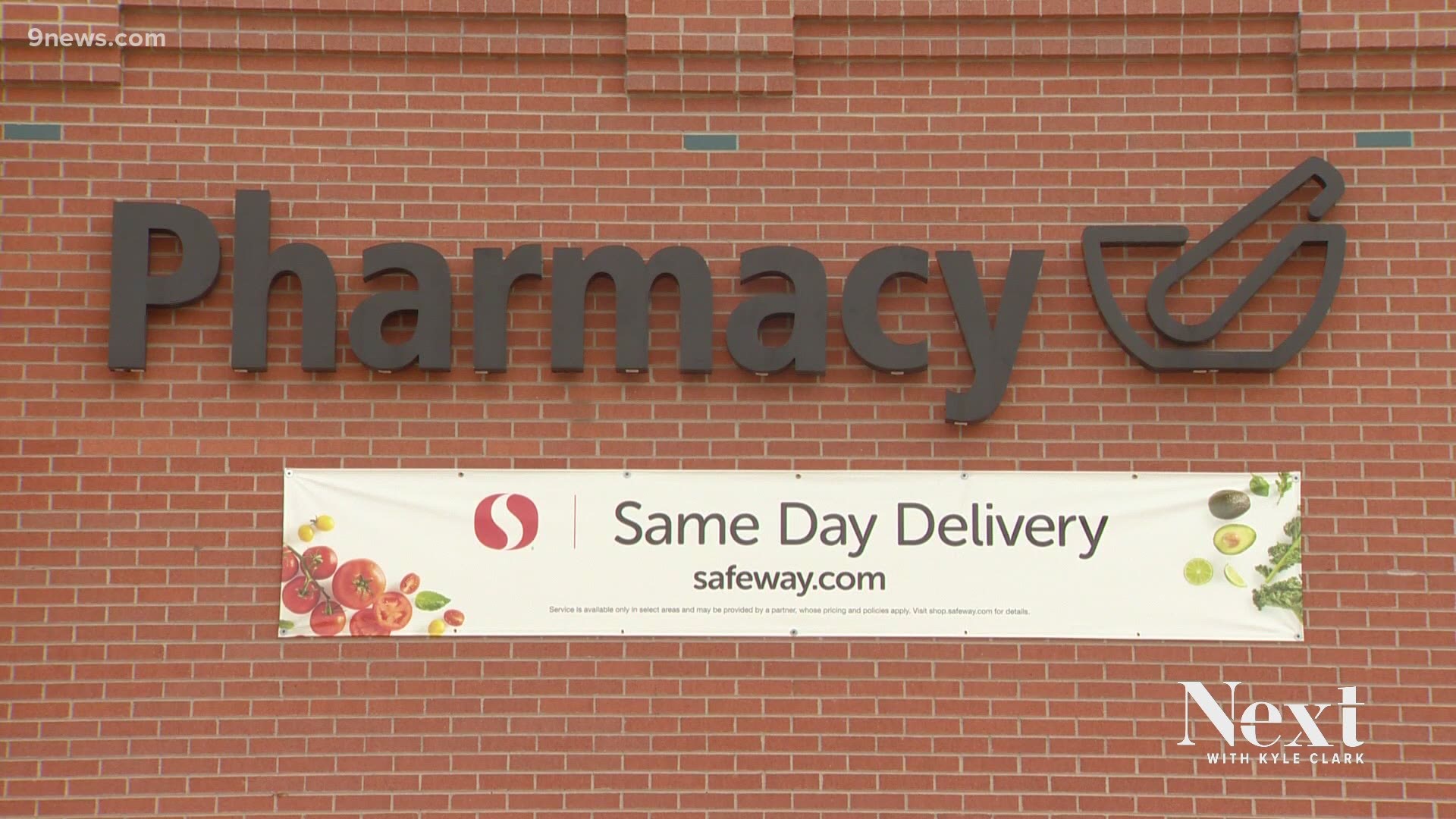 DENVER — Jessica McCann thought she hit the jackpot. After weeks of searching for a COVID-19 vaccine appointment for her mother, she finally found a timeslot at a King Soopers pharmacy in Colorado Springs.

She had set her search parameters for a 50-mile radius on King Soopers website, willing to travel since timeslots are sparse. Her mother lives in Denver County.

“Everything went through, but a couple of hours before her appointment, the pharmacy called to confirm,” McCann said. “Once she correctly stated that she’s a Denver county resident, they told her that unfortunately, they would not be able to vaccinate her because the pharmacy was located in El Paso County.”

“She didn’t really push back when they said they had to cancel the appointment.”

McCann’s mother should have. Colorado’s state guidance on vaccine distribution requires providers to administer the shot to eligible patients regardless of where they live. Gov. Jared Polis reaffirmed it when asked about it Monday.

“Anybody that we find who is trying to deny a Coloradan the vaccine based on where they live -- we will issue a very stern warning to that partner and it could very well have consequences about our future partnership," Polis said.

RELATED: Reaching Coloradans in vaccine deserts could mean contacting one person at a time

RELATED: Answering your questions about receiving the COVID-19 vaccination

But at least six people shared experiences with 9NEWS Monday of being turned down for the shot based on their residency.

Julie Touhy, who also lives in Denver, said a King Soopers pharmacist in Thornton told her he couldn’t vaccinate anyone from outside Adams County when she arrived for her appointment.

“He told me he’d be in trouble,” Touhy said.

Before making that appointment in Thornton, Touhy had also scheduled at a King Soopers in Breckenridge on a whim for a later date. When she called that pharmacy, she said the pharmacist there told her she couldn’t be vaccinated in Summit County if she lived in Denver.

Another woman who asked not to be identified said she’d scheduled an appointment at a King Soopers in Pueblo, as there were no appointments in Colorado Springs where her mother lives. She said the pharmacy called the night before to cancel the appointment because her mother didn’t live in Pueblo County.

Robert Haddock said his 73-year-old sister was turned away from a Golden King Soopers for not being a resident of Jefferson County on Monday.

And hours after Polis reaffirmed that pharmacies can’t turn people away on Monday, Jade Mountain sat frustrated with her father in that same Golden King Soopers parking lot.

“We arrived and he filled out his paperwork,” Mountain said. “They went as far as to ask which arm he would like the vaccine in, and then they looked down at his address, proceeded to ask him if he was a resident of Jefferson County and when he said no, they said they would not administer vaccines to people who were not residents of Jefferson County.”

Mountain said she tried to argue with the pharmacist about Polis’ previous comments about the vaccine.

“They told me they did not care, that their corporate policy and their county policy is that they would not vaccinate anyone outside the county….and sent us on our way,” Mountain said.

It wasn’t a corporate policy, according to a spokeswoman for King Soopers.

“In these rare instances, we fell short of our promise, and we’re committed to making it right,” Kelli McGannon, a spokeswoman for the company. “We have redoubled our efforts to make sure our health providers are aligned with our mission.”

Jeff Faircloth of Arapahoe County told 9NEWS he was turned down for his first vaccine appointment two weeks ago at a Safeway Pharmacy in Denver.

Faircloth got a link to make an appointment at that location from his physical therapist. He said a pharmacist questioned him when he arrived.

“I tried to be charming at first. That didn’t work and then I got snarky and that worked even less well.”

A representative for Safeway told 9News during Faircloth’s experience, pharmacies were still vaccinating first responders and health care workers and appointments weren’t technically available. The spokesman said the pharmacy welcomes all eligible patients for a vaccine.

If you have been turned down from a provider based on your residency, the state is collecting complaints at its COVID Concerns page.

Contact 9NEWS reporter Steve Staeger with tips about this or any other story at steve@9news.com.