The park in Denver's Northside is currently Columbus Park. Over this weekend, organizers started the process to get the name changed to La Raza. 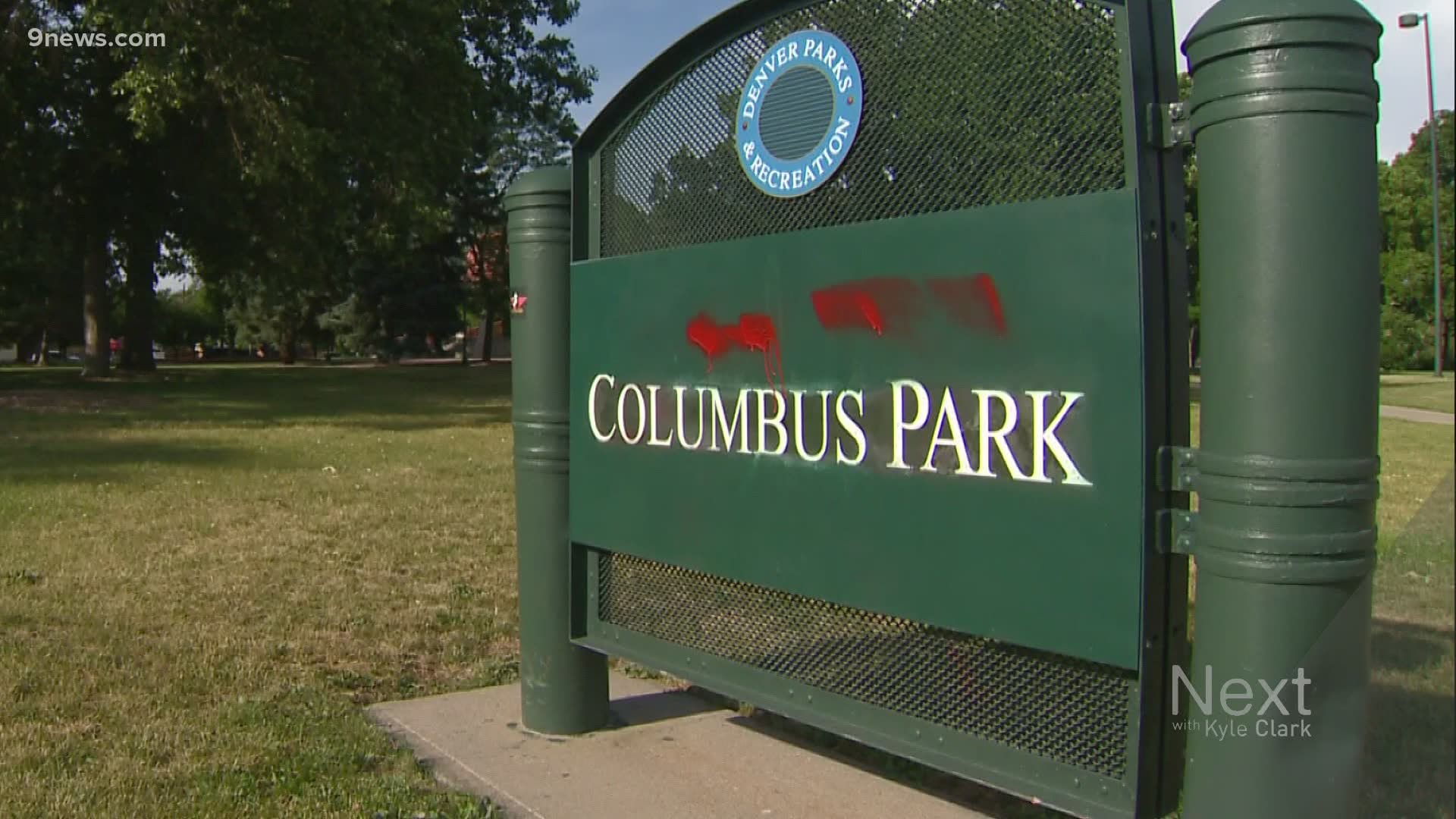 DENVER — A Denver park, known already by many as "La Raza," could start going by that name officially if the push to change it from "Columbus" succeeds.

About 700 people signed a petition for the name change over the weekend, according to City Councilwoman Amanda Sandoval. The campaign needs 300 viable signatures before an advisory board within the Denver Parks and Recreation Department will give it consideration.

Named for Italian explorer Christopher Columbus, the green space in Denver's Sunnyside neighborhood formally became Columbus Park in 1931 because of the Italian population in the area.

As the Latino population in this community grew, the park became known by neighbors as La Raza starting in the 1970s, particularly after a takeover of the park's pool. (You can read more about that here, as well.)

Jackie Sandoval Shaffer
North Side Flashbacks has 1,818 members. Welcome to the NorthSide Flashback page! This page is dedicated to all the memories and places that we all...

"Since then, the park has been at the center of Latinx life in the Northside," Sandoval wrote in a letter to Parks and Recreation Director Happy Haynes last month. "Throughout, the Latinx community has simply fought for what a city should be: a public space that welcomes them and reflects their needs. The official park name 'Columbus' is a constant reminder of centuries of injustice and is in the opposite direction of this goal."

The councilwoman wrote that city policy allows for new titles to public property if it's found that a landmark's namesake committed "disreputable" acts. Sandoval cited Columbus' reputation for violence and enslavement as reasons for the change.

She also wrote about the need to preserve the area's Italian heritage and included examples of nearby landmarks honoring that: Ciancio Park, Our Lady of Mount Carmel Catholic Church, the Frank Damascio House, Cerrone's Grocery Store and Potenza Lodge.

Sandoval has been joined in her effort by two Democratic state lawmakers from Denver, Sen. Julie Gonzales and Rep. Serena Gonzales-Gutierrez. They all gathered for petition-signing events at the park, giving out pens to everyone who signed rather than sharing them because of the coronavirus pandemic.

Should names on the petitions be verified, the advisory board has to approve the measure in a vote before it moves to the city council.

This wouldn't be the only piece of Denver to lose Columbus' presence, if the park's name changes. During the protests that followed George Floyd's death, a group pulled down a statue in downtown Denver that was dedicated to Christopher Columbus. Parks and Rec has since moved it to a storage facility.

One sign does remain, though -- the plaque attached to a kiosk in the park, called Plaza de la Raza. It reads:

Built in 1989, This Kiosko (pyramid structure) is dedicated to all people of Denver's Northside, past, present and future, in honor of their continued fight for peace, justice and equality. ¡Viva La Raza!