When the property next door went up for sale, Lisa Negri saw an opportunity to build something other than a house. 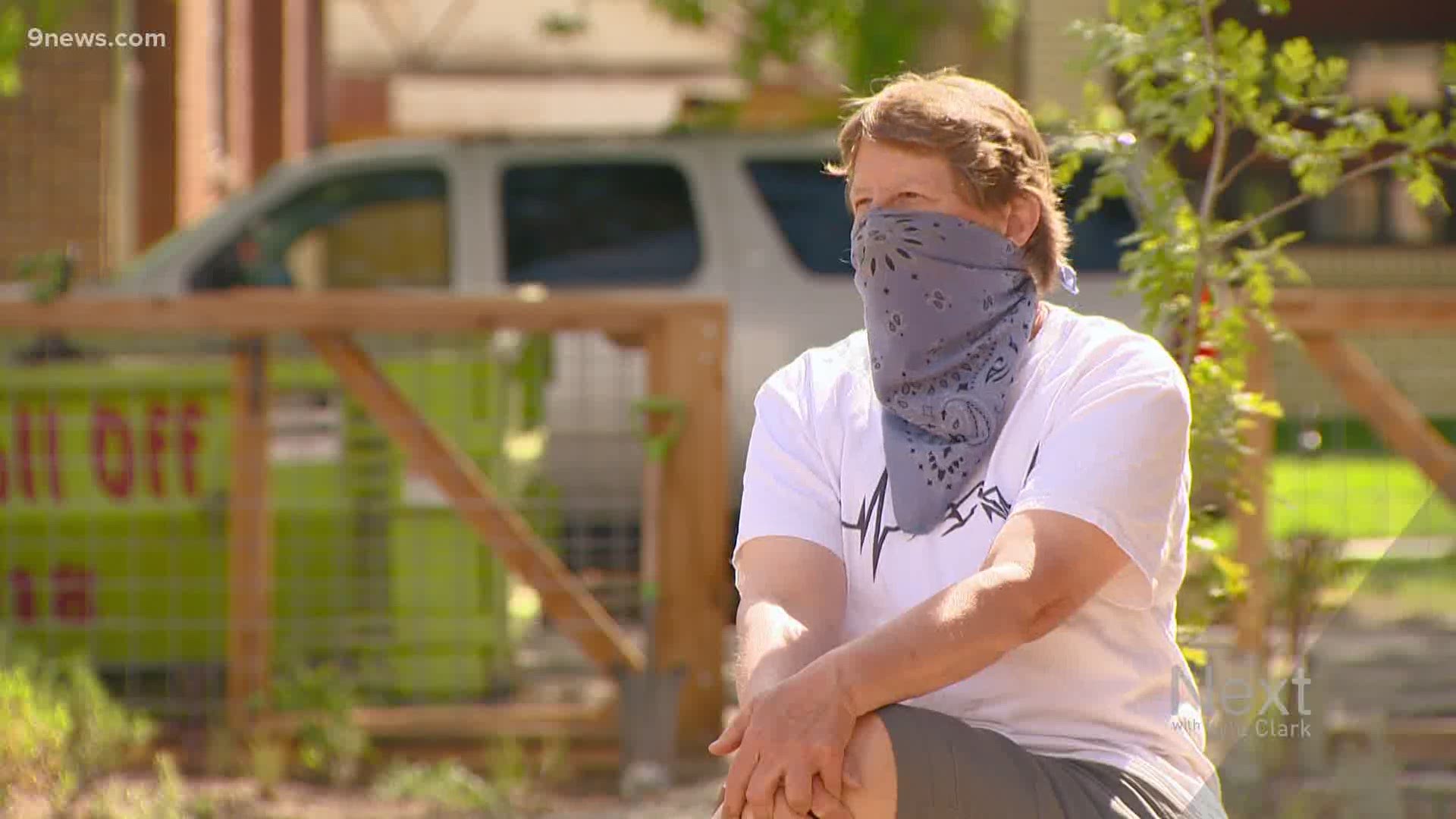 “It was just a weird idea that just kept getting bigger,” Negri laughed.

The seeds of the idea were planted in spring 2019 when Negri saw an opportunity when the property next door went up for sale.

“It was a pretty good deal at the time,” Negri said. “So, I just bought the lot. Just bought it.”

Negri paid $780,000 for the house she had no desire to make her home. Instead, she tore it down to make room for a garden.

“I wouldn’t have done this if I wasn’t slightly insane,” Negri said.

The longtime resident of Wash Park wanted to break the cycle of development. She enlisted the help of a friend to build something new in the neighborhood.

“[I was] just psyched about it,” Kevin Williams said.

Negri met Williams volunteering at the Denver Botanic Gardens where he works as a horticulturist. Together, they set out to create a garden oasis in the city.

“She bought the land, the stone, the plants and everything,” Williams said.

The horticulturist designed the garden based on a picture of graffiti he’d taken in Ljubljana, Slovenia last year.

“I took a picture of that and used that as the idea of this wild system – something that we can’t really control,” Williams explained.

In the spring, Negri convinced her neighbors to help work in the dirt. They donned gardening gloves and followed Negri’s instructions to plant more than 3,000 plants in the garden.

“People do call me Mary Poppins from hell,” Negri joked. “With kind of a spoonful of sugar approach, I have an ability to get people to do all kinds of things.”

“She gets things done, but on her own terms,” Williams added with a laugh.

As volunteers worked in Negri’s garden, construction workers built the frame of a garage for a new home next door.

“What is up with these black and white houses?” asked a neighbor who stopped to admire Negri’s garden. “I’m annoyed. I bet you that [house next door is] going to be all white with black trim.”

Neighbors were just as impressed with the garden taking shape as they were with Negri’s ability to afford it.

“There’s a major investment on my part in this property, but I also was very fortunate to be able to make a lot of money in my lifetime,” Negri said.

The former CEO of an environmental engineering company earned her money nurturing people, not plants.

“My favorite thing about being a CEO was the people that I influenced every day,” she said. “It was always the people. Always.”

Tending to others didn’t come naturally to Negri growing up in a home where words like “love” were never spoken.

“The love was more of a punching,” Negri said, punching her own hand. “I had to learn that skill because I came from a very abusive and horrible background, so I really did hate people.”

Negri said she was withdrawn early in life, but learned to accept love.

“I just had this epiphany, burning bush moment in my early 40s, and realized that people are okay,” she said.

These days, Negri can’t imagine life or her garden without people in it. That’s why she decided to build what she calls SummerHome Garden for her community.

“People are craving this,” Negri said. “Always in my heart, I knew that I wanted the community to have access to this and to see this – just see it all.”

Scarlett Boudreaux, 10, came up with the design for the garden’s entrance sign. The budding artist had never designed a sign, but she knew exactly what to do.

Emilie Schaefer, 17, an incoming senior at St. Mary’s Academy, painted bee hotels for the garden. One of her colorful designs featured tarot cards.

“I was inspired to paint the tarot cards on the bee hotel, and I think it turned out really well,” Schaefer said. “I really like the design and think it’s really awesome.”

Negri knows her “spoonful of sugar” approach works well, but even she was surprised by her community’s willingness to help.

“The fact that they wanted to do it for me and for this,” Negri paused, as tears formed in her eyes. “It’s just overwhelming.”

On a recent summer day, Schaefer, Boudreaux, Kevin Williams of Denver Botanic Gardens and neighbors in Wash Park joined Negri for the unveiling of the garden sign.

They drank lemonade, ate cookies and walked the paths around the garden admiring the thousands of plants.

“You know, I am beginning to accept I did a pretty cool thing,” Negri said.

As new homes sprout in the neighborhood, the garden on Vine Street and its gardener will continue to grow.

SummerHome Garden will open to the public on Tuesday, Aug. 4 at 651 South Vine Street.