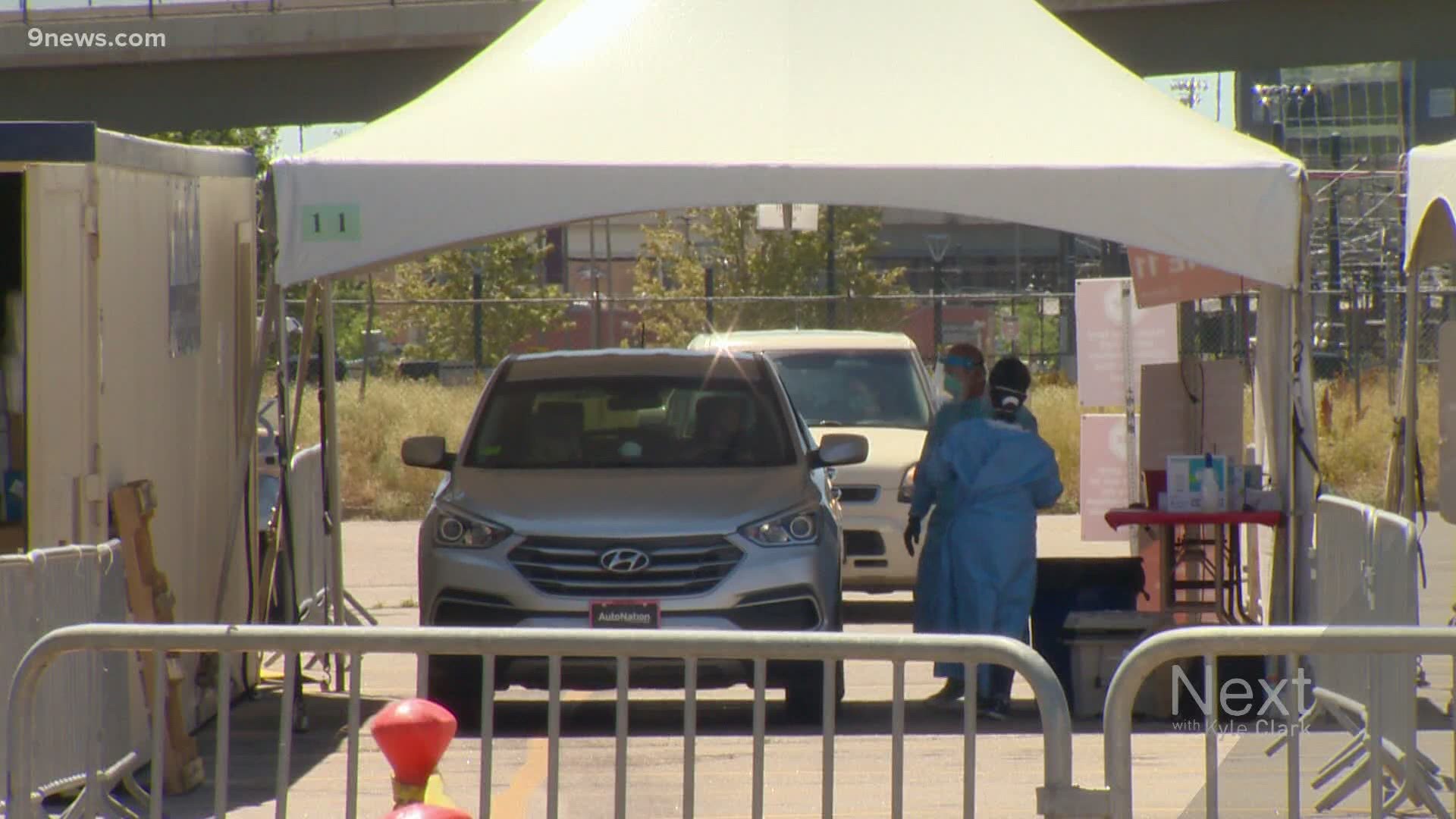 While getting a coronavirus test at the Pepsi Center comes at no cost to the patient, the city told Next with Kyle Clark that Denver has spent $11.7 million operating the site so far.

The millions have covered everything from the tests to the people working at the site, as well as tents, trailers and signs over the last 65 days since the testing site opened.

According to Kelli Christiansen with the Denver Department of Public Safety, the city expects to be reimbursed by the Federal Emergency Management Agency (FEMA). Funds from FEMA are expected to cover 75 percent of the Pepsi Center costs.

Money Denver received from the CARES Act, which Congress passed in response to the COVID-19 pandemic, covers the other 25 percent.

In the meantime, the money has come from Denver's pocket, and the supply started to dwindle. Mayor Michael Hancock told Next earlier this week that the site was completely out of funding, but the city was working with the state of Colorado on a plan.

Next was told Wednesday that the state and city will evenly split the cost of the testing site moving forward. The state will also review the contract with LabCorp, the company processing COVID-19 tests administered at the Pepsi Center, as some patients have reported waiting 10 days for results.

"We are looking at the contract with LabCorp and certainly, one of the things that's most important to us in that contract is a turnaround time that is better and more suitable than the one we have now," said Mike Willis with the Colorado Department of Emergency Management.

Willis also said the time between the test and results is based on the lab capacity to process the tests. This contract does not add capacity for LabCorp.

DENVER'S PAYING, WHO'S USING THE SITE?

A little over half of the people who are getting tested at the Pepsi Center site are from Denver, according to data provided by the city.

Just over 68,000 people have been tested at the site, as of the end of July. More than 38,000 of them listed a Denver address as their home address, which accounts for about 56% of people tested there.

In second place is Aurora, with more than 3,800, followed by Lakewood with a little more than 3,300.

People are also coming from as far as Boulder, Castle Rock, Colorado Springs and Fort Collins.

The city provided a graph showing where patients live. About 5% of cities were not included, as so few people came from those places. This chart shows the hometowns of the other 95%.