Colorado’s attorney general vowed to prosecute voter intimidation he believes may arise from the president’s call, though two clerks we met aren't worried. 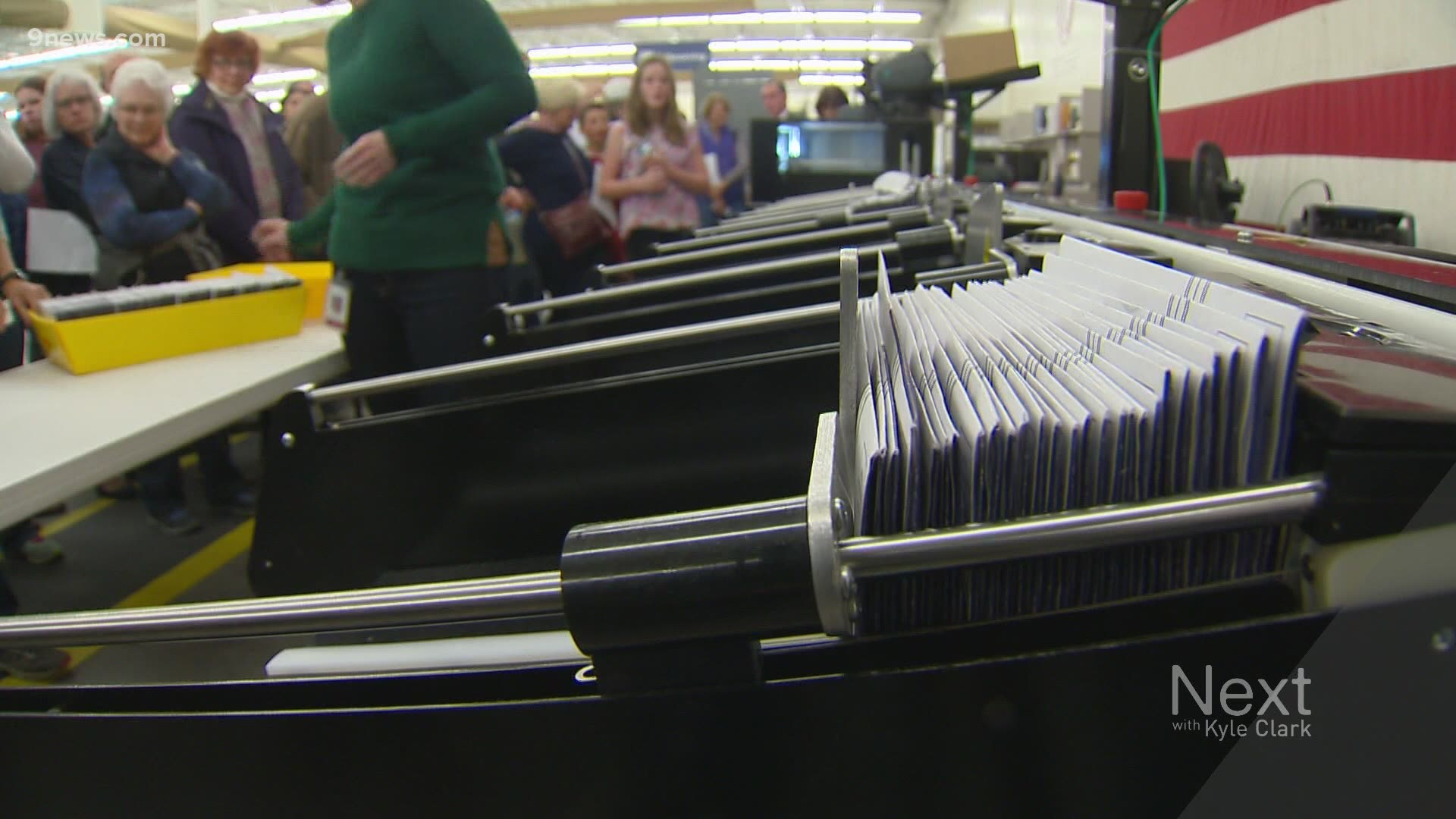 DENVER — Though Colorado’s attorney general promised to prosecute cases of voter intimidation he believes may arise from the president’s call to have supporters monitor the polls, at least two county clerks from different parties say they aren’t concerned about it.

Near the end of Tuesday’s debate, President Donald Trump urged his supporters to head to the polls to observe what’s going on, looking for fraud. That immediately prompted some pundits to express concerns about voter intimidation.

“(It’s) sewing doubts – suggesting people should show up at the polls in ways that undermine the fabric of our democracy,” Colorado Attorney General Phil Weiser said Wednesday in an interview with Next with Kyle Clark.

Voter intimidation is a misdemeanor in Colorado. Weiser said district attorneys and his office both have jurisdiction to prosecute cases.

“If we have reports of people being intimidated prevented or being interfered with, we’ll take that very seriously,” the attorney general said.

But local elections officials didn’t seem too concerned about a sudden flood of uninvited poll watchers in Colorado, largely because most Colorado voters vote by mail or drop their ballots off at local drop boxes.

“We have election watchers come in every election and we welcome them – we encourage them,” George Stern, the Democratic Clerk and Recorder from Jefferson County said. “We like when we hear watchers are coming we just want to make sure that it’s done according to election rules and statute and in an orderly way.”

Under Colorado state law, up to one poll watcher is allowed at each location for every candidate or issue group on the ballot. They must take a training through the secretary of state’s office and meet certain requirements, like being a registered voter. Generally county parties and issue groups assign poll watchers to certain locations.

“We’ve got a very tight system,” said Merlin Klotz, the Republican Douglas County Clerk and Recorder. “It’s very secure it’s known as the most secure place to vote in the country.”

Klotz, a supporter of the president, said he believes Trump’s comments were directed at other states that he says do not have such secure and trusted voting systems.

Klotz told 9News his office has received quite a few calls from voters in Douglas County who want to watch the polls, concerned about the security of the election.

“I tell most of them that if they’re interested in an issue or a candidate, they might want to consider knocking on doors rather than watching because our system is so secure,” he said.

Both clerks said people often show up at polling places asking to oversee the system, but they say these voters often don’t understand the process.

“Our supervised election judges are trained on how to deal with that,” Stern said “They’re trained to encourage them to be in touch with their party chairs or the appropriate parties to get certified and find those trainings.”

And even with Weiser’s threat to prosecute cases of voter intimidation, Klotz doesn’t believe he’ll have to.

“If someone shows up that isn’t qualified and doesn’t know the process we’re not in the posture to just go arrest them and charge them right away for violating election law,” Klotz said.