As the state prepares to open the COVID vaccine floodgates to all adults, the hospital system in charge of two of the mass vaccination sites had a tough weekend. 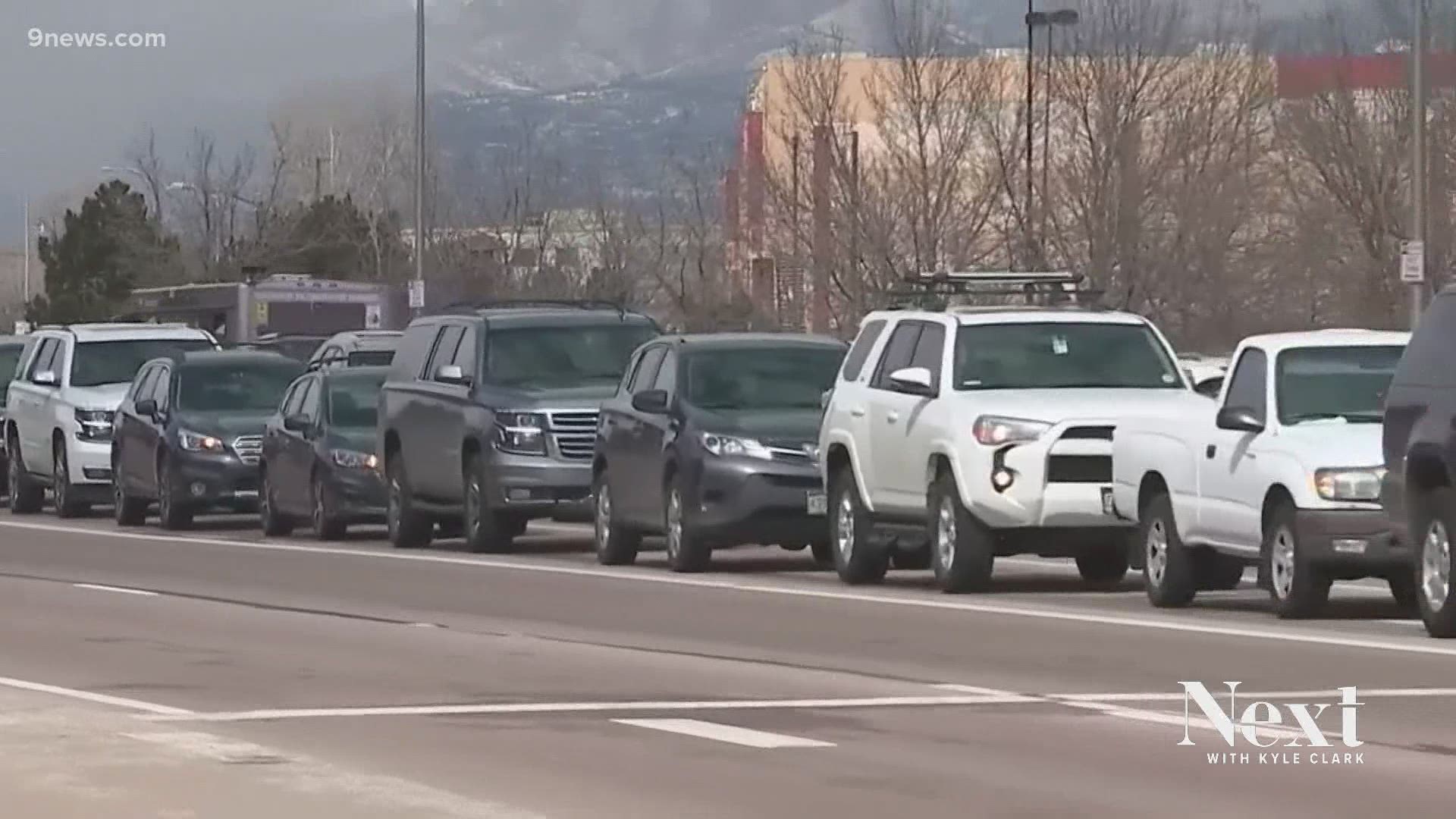 COMMERCE CITY, Colo. — A computer glitch led to waits of up to three hours at a mass vaccination site at Dick’s Sporting Goods Park Sunday.

The glitch allowed 400 extra people to sign up for appointments for the drive-through clinic run by Centura Health, the health system’s chief clinical officer told 9News. The addition of extra appointments led to a staffing shortage.

“We did have some operational challenges and there were unexpected wait times for people who showed up,” Dr. Shauna Gulley said.

According to Gulley, the clinic was expecting 2,000 appointments for Sunday’s clinic, a scaled-up event from the day prior. 2,400 appointments were scheduled with the glitch. The clinic, which first opened on Monday, slowly scaled up doses administered throughout the week.

Staff on-site at the Commerce City soccer stadium were able to eventually vaccinate all people who had an appointment.

“In partnership with the state, Centura Health brought over additional vaccines to meet the needs of every single person who was scheduled for a vaccine.”

The same could not be said for a vaccine clinic in Colorado Springs the same day.

The mass vaccination site at Broadmoor World Arena, also managed by Centura Health, ran out of vaccine doses before the end of the day, leaving some who had scheduled appointments unable to receive the vaccine.

“We did have more individuals who were not scheduled for appointments receive vaccines early in the day at the Broadmoor arena than were predicted,” Gulley said.

Gulley told 9NEWS that Centura Health always plans to have additional vaccines on-site to serve people who arrive without an appointment, whether they’re accompanying someone who has an appointment or just walk up to the clinic site.

In this case, the hospital system ended up giving out more vaccines to unscheduled people earlier in the day and ran out for appointments scheduled later in the day.

“I think it’s important to understand that every individual who was affected in this way was immediately rescheduled for a future appointment,” Gulley said. “So every single one of those individuals will receive an appointment.”

The two issues come less than a week before Colorado opens vaccine eligibility to the general public.

“When we first open these sites, there [are] often operation issues,” Gov. Jared Polis (D-Colorado), said at a news conference announcing the expanded eligibility Monday. “The goal with those sites is in and out within 30 minutes.”

“I’m very confident that Dick’s will (achieve that) in the coming days,” Polis said.