The owner of Lady Justice Brewing in Aurora says women in the industry have often talked about these issues behind closed doors. 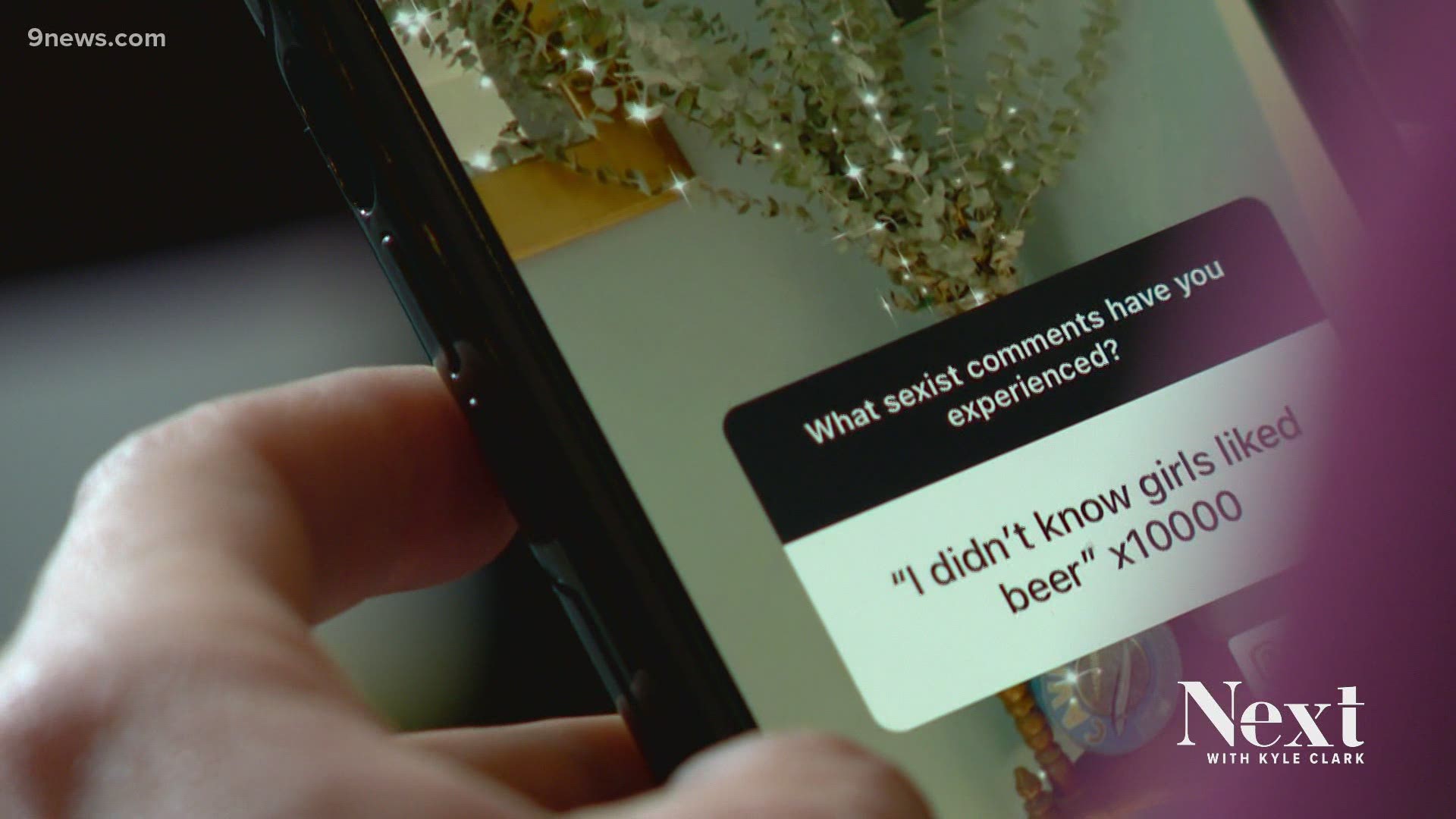 DENVER — Bess Dougherty spent part of her Sunday afternoon stuck in what felt like a panic attack spurred by what she was reading on social media.

The stories were familiar and triggering. They were detailed accounts of women in the beer industry who faced sexual harassment and assault simply doing their jobs.

“It makes me angry that things haven’t changed, that there hasn’t been progress,” Dougherty said. “It makes me angry how many people have suffered because of the boys club mentality of the brewing industry. And it makes me want to burn it all down and change it and actually make it the inclusive industry that it touts itself to be.”

Thousands of women were inspired to tell their individual stories by an Instagram post by the user @RatMagnet, a female brewer named Brienne Allan in Massachusetts. Allan detailed constant questioning by peers about whether she was capable to do a job in the brewhouse. When she asked about other sexist comments heard by women in the industry, she got thousands of responses.

Some of the stories detail misogynistic comments from male customers in taprooms. Others detail a culture of sexual harassment and in some cases sexual violence that has led to at least one prominent brewer stepping down from his post.

Dougherty, a brewer at Ratio Beerworks in Denver, said the stories weren’t surprising. But they were depressing. And they brought back bad memories.

In her nine years in the industry, Dougherty said she’s been frequently demeaned by customers and co-workers. She said when giving public tours of the brewery, men challenged her knowledge of the process. While serving her own beer at festivals, male attendees asked her if she even liked beer or if she was just a hired “promo girl.”

And the behavior went far beyond distasteful comments.

“I lost count of how many times at events and festivals I’ve been groped by people in the industry and people outside of the industry,” she said. “Up to and including, like, being raped by a former co-worker.”

RELATED: Tokyo Olympics: Yet another scandal over sexist comments

“It’s just one of those impossible feeling situations because all the boys stick together. This is their house and I’m coming in. I’m just trying to do my job. I’m trying to make beer – that’s what I’m passionate about.”

She blames a beer culture dominated by men both in the workplace as co-workers and the taproom as customers. And she blames an environment where alcohol flows freely, often hindering judgment.

“For the last few years at festivals and events I’ll taste a couple of beers, do a beer shot with my dear friends, and then I don’t drink because I don’t want to give that as an excuse for what might happen to me,” Dougherty said. “It’s heartbreaking that we have to do things like that to feel safe just doing our jobs.”

“Guys at brew festivals who’ve had a couple of drinks and finally say what’s on their mind,” Lay said.

She said men have asked her if the yeast she uses comes from her female anatomy. They’ve asked if the beer comes with a sandwich. And they’ve asked whether she’s qualified to brew at all.

Lay said women in the industry have often talked about these issues behind closed doors, afraid to expose them for fear of losing their jobs.

“I’ve heard from women who’ve left the beer industry because of this,” she said.

The Boulder-based Brewer’s Association, a trade group representing craft brewers across the country has faced criticism this week for not doing more to stop the toxic culture inside breweries. The organization said it working to provide resources to brewers to help them fight these issues. These issues violate the group's code of conduct and anyone can file a complaint to be investigated by the organization.

“We still don’t have safe spaces for reporting,” Lay said. “We still don’t necessarily have an organized effort to make these changes in the beer industry yet.”

“Now that it’s hard to ignore this it’s time to make some change,” Lay said.

Contact 9News Reporter Steve Staeger with tips about this or any story by e-mailing steve@9news.com.

RELATED: A look at powerful social justice moments of 2020