Yearly crane festival, one of the great natural displays in Colorado, goes virtual

Since last March, many flights have been canceled due to the pandemic. The sandhill cranes at the Monte Vista National Wildlife Refuge are an exception. 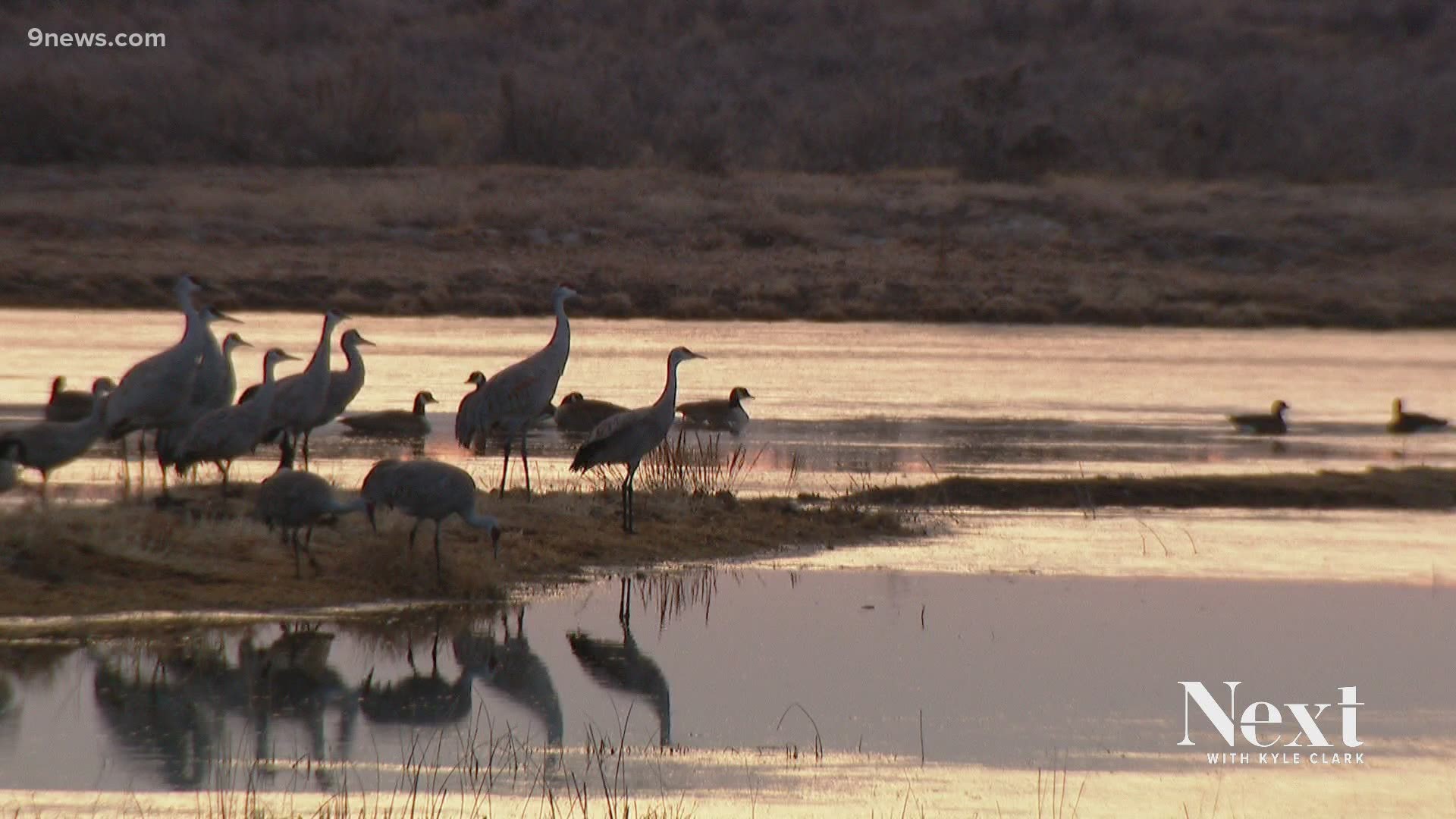 MONTE VISTA, Colo — Since last March, so many flights have been canceled due to the pandemic. The sandhill cranes at the Monte Vista National Wildlife Refuge are an exception.

“Look at them—there are thousands of them,” said Barbara Fleming, a wildlife photographer based out of Colorado Springs, as she snapped some photos.

There are actually tens of thousands that descend upon the San Luis Valley each year. Scott Miller, a biologist with the refuge said there was a count of the greater sandhill cranes last year. He said there were approximately 25,000 that made their way through the valley on their way from New Mexico to the Yellowstone area.

Fleming said being able to photograph the cranes brought a sense of normalcy to a very strange 2020 and 2021.

“I feel like I can take a deep breath and relax,” Fleming said. “It gives me a sense of hope, and that’s exciting.”

The one thing that’s not normal down on the refuge is the fact that the 38-year-old Monte Vista Crane Festival won’t be happening live this year. Like most events, it’ll be virtual. Organizers said they are encouraging people to come down to see the cranes without the usual tours, but to wear masks when not able to socially distance.

“Colorado is incredible, I mean, most of us have spent a year or more in isolation, having to stay home, and all we have to do is step out and just drive a little bit, and we’re in a magical wonderland,” Fleming said. “This is better than Disneyland.”

The online crane festival, which is the oldest birding festival in the United States, takes place on March 12, and tickets can be purchased on the festival website.

The cranes usually stick around the San Luis Valley until late March or early April, and then they head north to breed in the Yellowstone area.

RELATED: Hanging Lake reservations for the season to open April 1