CU Boulder has a wellness program for student musicians

“It’s close to being an athletic pursuit, not in the collision level of football, but we still find a lot of overuse or misuse injuries for musicians.” 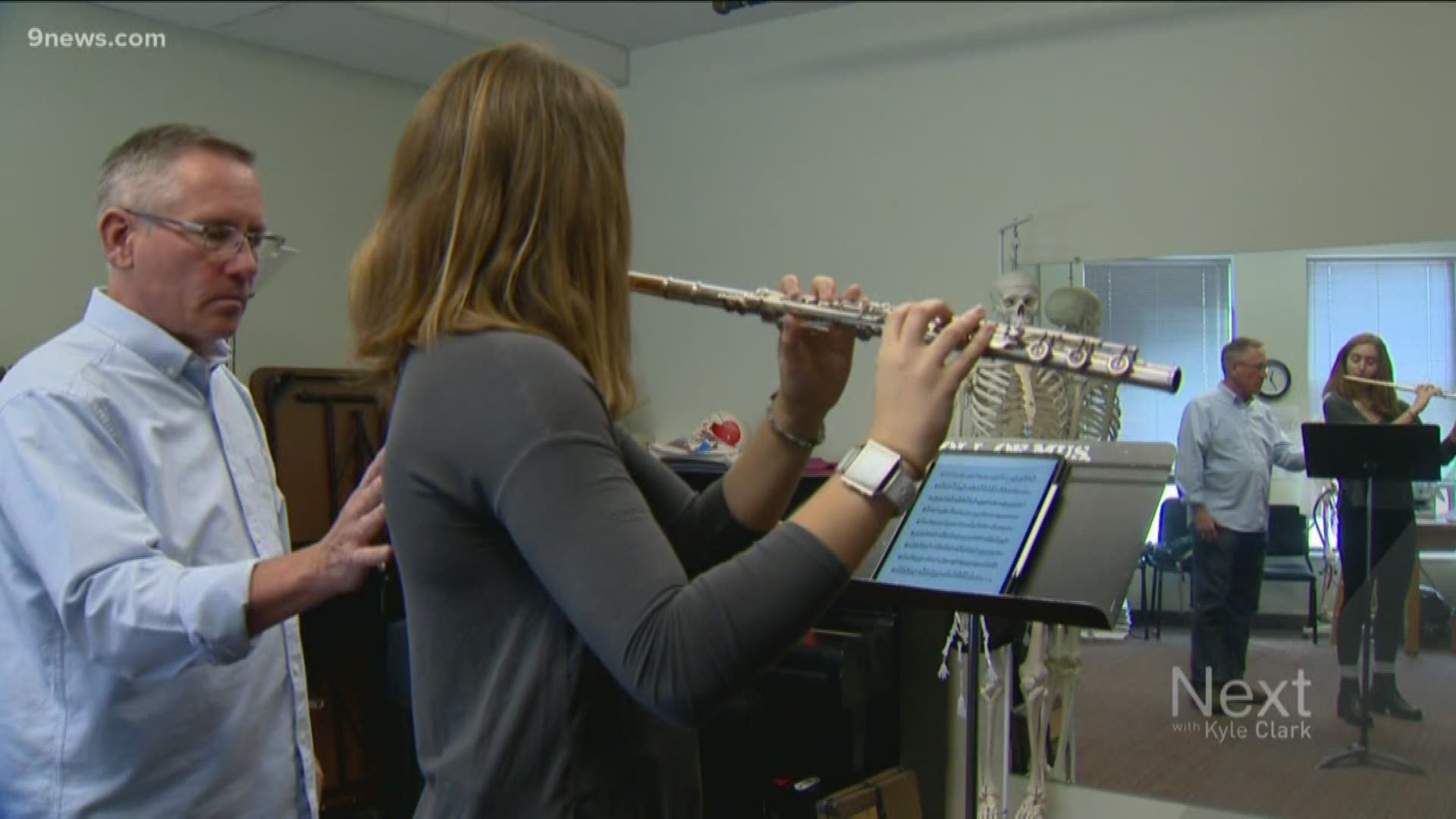 BOULDER, Colo. — The University of Colorado has a unique program for its music students to help them develop their overall performance. The Musician’s Wellness Program was created to offer musicians classes and consultations to students who are having trouble playing or singing due to misuse, injury, anxiety or physical tension.

“They get injured from playing and it happens way more than people outside of music would imagine,” said program director James Brody. “It’s close to being an athletic pursuit, not in the collision level of football, but we still find a lot of overuse or misuse injuries for musicians.”

According to Brody, the program is a collaboration of campus-wide services including access to physicians, mental health assistance and seeing and hearing specialists. Brody also meets with students one-on-one using an approach called the Alexander Technique.

“On my own, I do some constructive rest, which is basically in semi-supine [lying down with your back on the floor and knees bent] and basically talking to myself, which sounds a little crazy,” said junior music performance major Nicole Peters. “Trying to figure out how to best release the tension that I don’t want or need in my body.”

Peters is a junior flautist studying music performance at CU Boulder and said since she was 7-years-old, she’s had severe scoliosis that makes it harder to breathe.

“Everything was shifted and my whole breathing mechanism was scrunched,” Peters said.

Two summers ago, she had spinal fusion surgery, which means her back was fractured and put back into place -- but not completely straight because it might have caused nerve damage.

“I very often have shortness of breath and part of that was because I was holding excess tension,” Peters said. “I know my body was weird because everything had shifted and weird muscle spasms and things."

Peters started taking a class in the wellness program her freshman year and has been going in for one-on-one sessions with Brody ever since.

“It’s been life-saving for me and I think it’s worth everyone taking a look whether you’re at the computer, playing a musical instrument,” Peters said. “It’s worth considering how you're using your body because there are so many injuries that are preventable.”