Telemedicine brings a doctor to your kitchen table, and CU Boulder researchers are trying to figure out how to do long-distance therapy safely. 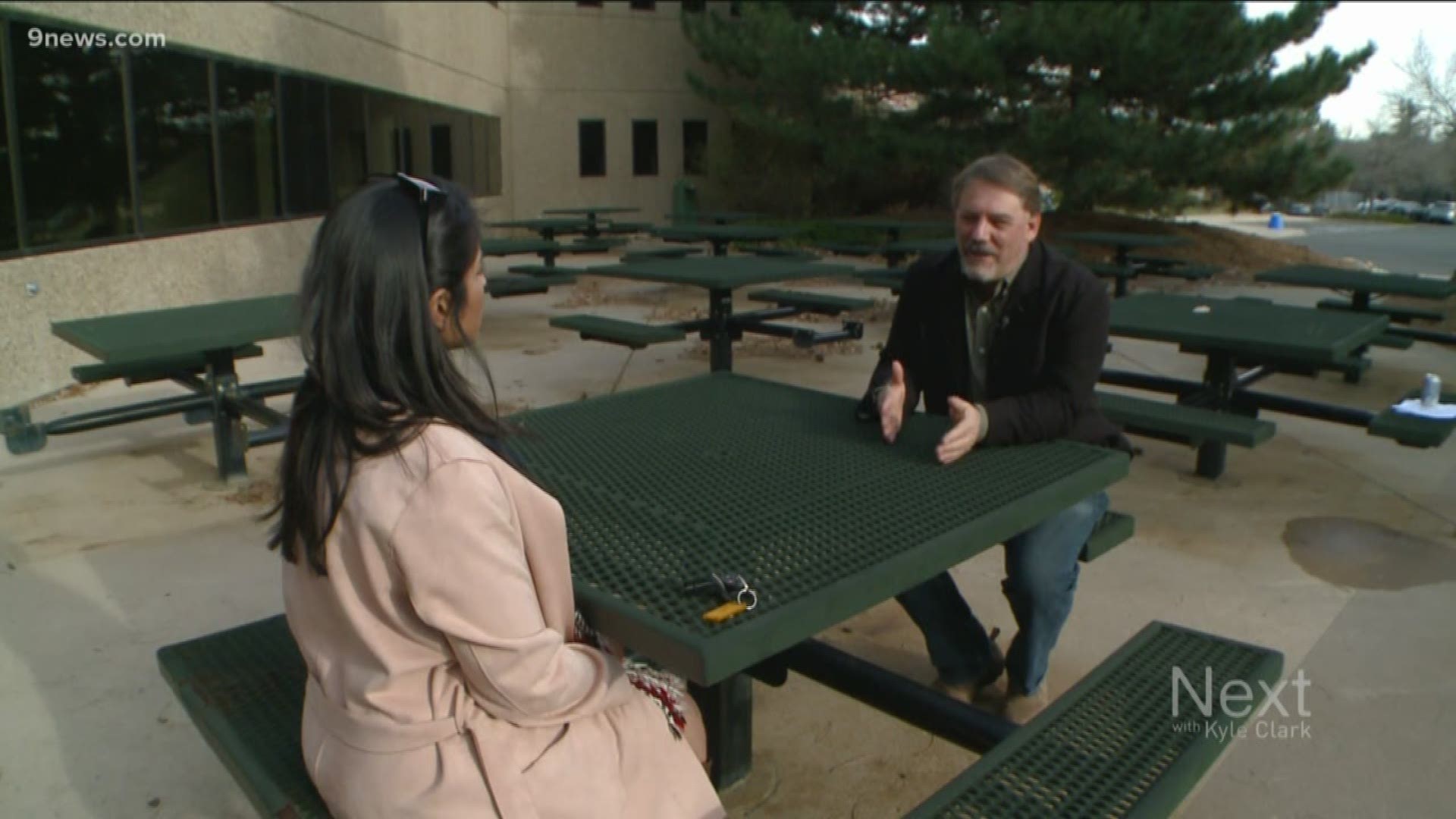 DENVER — The University of Colorado Boulder (CU) is working on a new app to help break down barriers when it comes to accessing mental health care.

In an era were artificial intelligence and computers are now helping doctors diagnose disease and monitor patients from miles away, the app, that's currently being researched, uses language to monitor a person's mental health.

A patient would regularly answer a series of questions about their emotional state that can take anywhere from five to 10 minutes to answer. The app asks people to tell a short story, how they slept and tests their motor and memory skills.

Peter Foltz, a research professor at the Institute of Cognitive Science, said the app can help detect day-to-day changes in speech that could hint at a mental health decline. The information would automatically be fed back to a clinician.

"We use different kinds of artificial intelligence to analyze their responses," said Foltz. "We look at aspects of how they speak to look at their emotional state. We can look at what they recall to see how well their memory works. We can also look at how well they might tell their story to tell how well organized their thinking is."

This way, doctors can continue to monitor a person without requiring them to come into an office. Foltz said it can also help people who don't live near a doctor or who may not be able to afford consistent care.

"Artificial intelligence is a very useful tool," said Foltz. "It's not going to replace what doctors do."

Russell Goodman, who lives in Steamboat Springs, applauds the effort to help fill the cracks for mental health access.

Goodman said the right access to help saved his life when he thought about suicide, and during his long-term recovery from opioid addiction over the last decade.

"It is worth saving our lives, despite how uninspiring it might seem at the time, because of the behaviors associated with addiction," Goodman said.

Goodman graduated from Emory University, and said he has a loving and compassionate relationship with his family.

"I had every socio-economic advantage a person could want to begin my life," he said.

RELATED: 'If we can save one life': Teens share personal struggles of mental health to save others

RELATED: Physicians are dying by suicide at a higher rate than the general population. Why?

But then Goodman had major spinal surgery and received a large amount of pain medication, which started his addiction.

"By the time I realized there was a problem it was too late to address it simply," he said.

While Goodman applauds any work being done to address gaps in mental health access, he said in a way, it feels like a band-aid on a bigger problem: the lack of resources in rural Colorado.

"I speak with pride and passion about the amazing things that are the characteristics of Colorado on a regular basis," he said. "I can't have that conversation about our system of mental health care."

In Routt County, where he lives, there are no state-run walk-in centers, according to Mental Health Colorado.

"For me, if I said I want to walk in the door somewhere, I would have to walk the 200-something miles to Grand Junction," said Goodman.

Currently, there are 15 psychiatrists per 100,000 Coloradoans, Mental Health Colorado's data shows. That ratio goes up to 92 per 100,000 for primary care physicians.

As a part of a study to see how effective the app would be, the CU Boulder team asked clinicians to listen to speech samples of 225 patients, half with severe psychiatric issues and the other half, healthy volunteers. This was in rural Louisiana and Northern Norway .

Foltz said when they compared the diagnosis results to that of the machine learning system, they found that the app can be at least as accurate as clinicians.

However, he also said it's very important to use artificial intelligence safely, which is why they are still in the research and study phase.

He also said once the app is released, which there is no specific timeline for, privacy and data security are critical. There would be full protocols to ensure the privacy of data,  and compliance with HIPAA.