A new draft of Colorado's redistricting map doesn't indicate that Republicans would be able to re-take control of the state legislature. 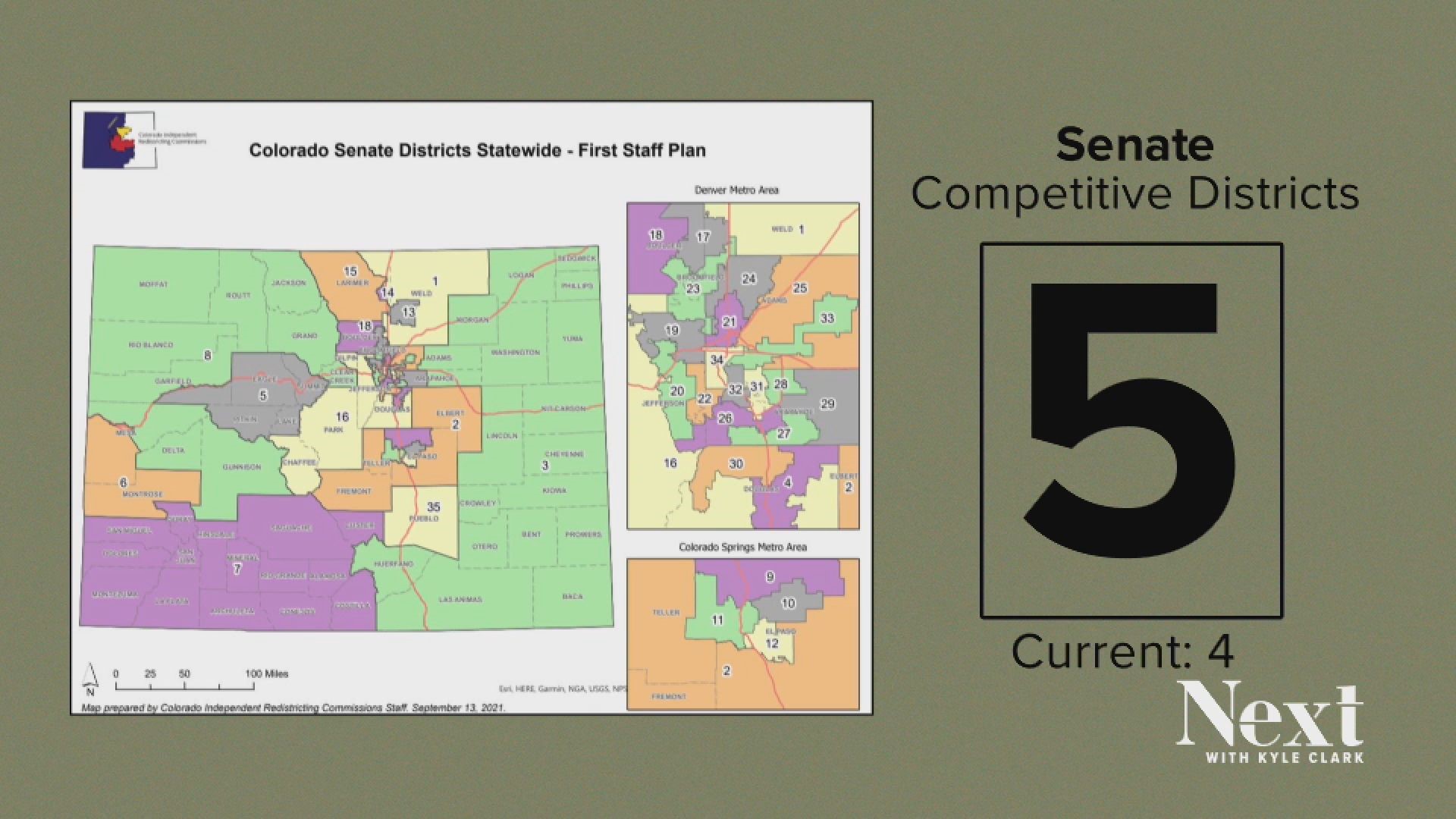 DENVER — The best chance Republicans have getting power back at the Colorado state legislature is through redistricting.

The new lines are based on census data, districts that are contiguous, compact, preserve communities of interest, do not dilute a minority group and are competitive.

Based on the newest map drawn by the commission's staff, that last bit appears more difficult to achieve.

"There's only certain things you can do. There's certain parts of the state -- whether it's downtown Denver or areas on the Western Slope -- where you're not going to be able to draw a competitive district no matter how much you try to," said Ryan Winger, Magellan Strategies Director of Data Analysis.

Magellan Strategies is a conservative-leaning polling firm based in Louisville.

Three state Senate districts have voter registration numbers that are close enough to create a competitive district. In Senate District 25, unaffiliated voters make up 43,000 of the electorate, with 30,000 Democrats and 22,500 Republicans. Yet, Republican Sen. Kevin Priola represents the district.

"The vast majority of these districts now have a significant portion of unaffiliated voters, sometimes as high as 42, 43, 44 percent of the district is unaffiliated. It really depends on which way they're shifting," said Winger. "If they're breaking 60-40 for one party or another, it's really going to shift the election results toward that party, even if looking at Republicans versus Democrats looks to be all things equal based on registration."

Winger crunched the data and figured that after this version of the redistricting map, there will still be nine competitive House districts and five competitive Senate districts, up from four.

"The motivation behind, at least, attempting to draw competitive districts is the realization that it's better, it's better when one party can't just take for granted a certain district knowing that they're going to win it no matter what happens," said Winger.

The Colorado Sun did a breakdown of lawmakers who have been drawn into the same district.

This map will change again based on feedback from the public and the independent commission. It will also have to change because two state Senators, Priola (R-Henderson) and Sen. Dominick Moreno (D-Commerce City) have been drawn into the same district, but they both have been elected through 2024.