Phil Washington met with a city council group about his confirmation for the CEO job and to discuss what he would accomplish at DIA. The full council votes July 12. 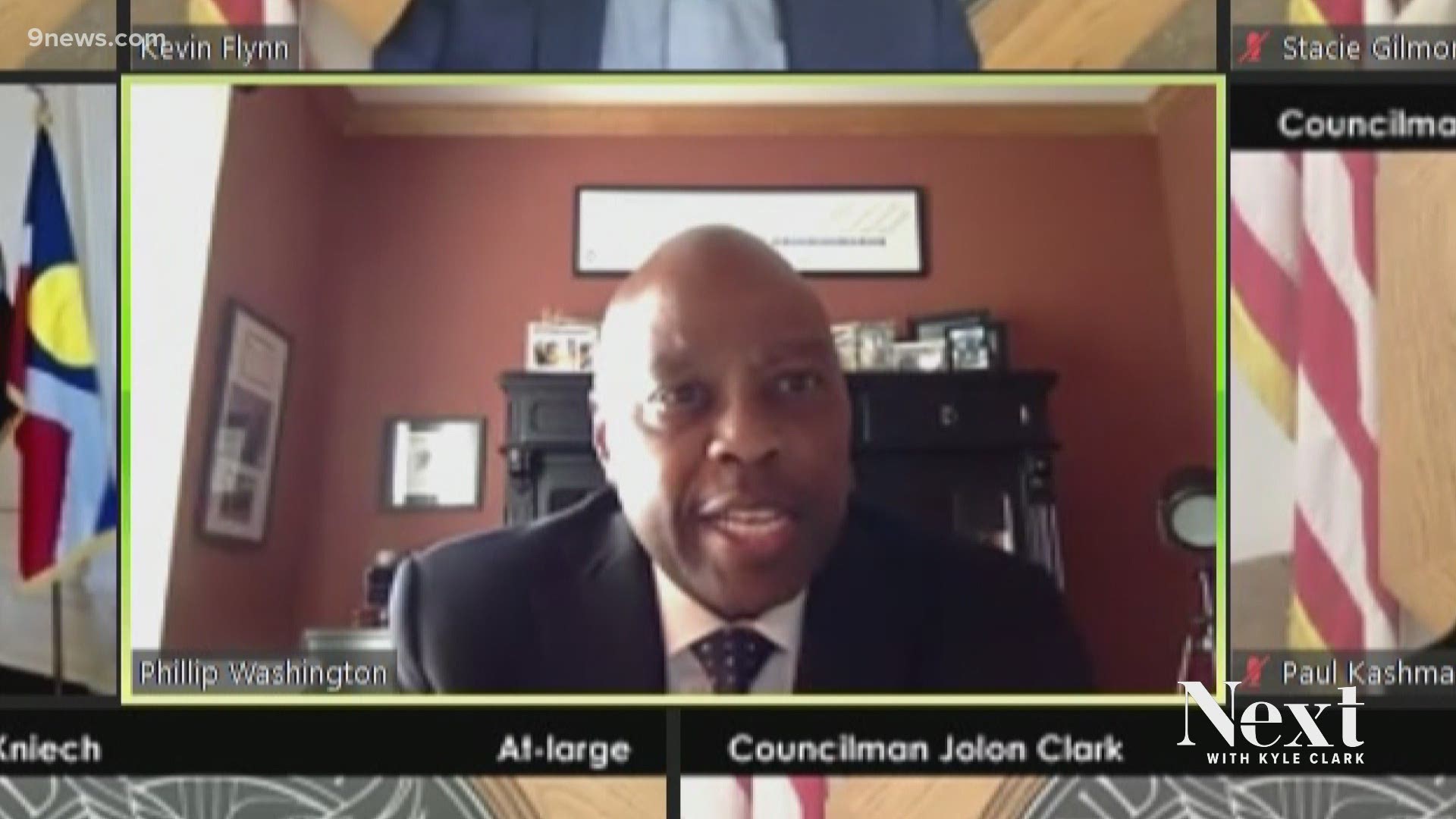 Phil Washington was questioned by Denver City Council on Wednesday as part of a new process put in place by Denver voters this past November.

Mayor Michael Hancock introduced Washington to the council committee but told them not to get used to it.

"I don't think that we will make it a habit of coming to committee during the nomination process, but I felt with a lot of the questions that have come up, particularly in the media, regarding Phil Washington, that I would make an appearance in front of the committee and share with you my thoughts and clear up some things, some questions you may already have in your mind," said Hancock.

He is referring to the search warrant that includes Washington's name in Los Angeles County. The L.A. County's Sheriff's Department has sought records from LA Metro, the transit authority that Washington ran from 2015 until this past May, including emails he has written or received about a contract for a non-profit to run a sexual assault hotline for the transit agency.

He told Next with Kyle Clark that LA Metro is under review, but he is not.

"So, let's talk a little bit about the elephant in the room," said Denver City Councilwoman Amanda Sawyer, leading into the only direct question about the investigation.

"Wondering if you feel like [the investigation] will, in any way, shape or form, inhibit your ability to do your job as the Executive Director of Aviation if you're confirmed," Sawyer asked.

"I don't believe it will. It hasn't up to this point," said Washington.

Councilmembers moved on from there and he was approved 6-0 by the committee, with a full vote scheduled on July 12.

However, it took nearly an hour for the committee to address another hot topic.

"We have a couple of elephants in the room, and the one that I don't think we've addressed yet is The Great Hall Project," said Denver City Councilman Kevin Flynn.

The Great Hall Project was supposed to move both airport security areas to a more secure area, but because the project was going to be over budget, it was scaled back and now only one security area can be moved.

"The top priority has to be the original intent and that is the relocation of security," said Washington.

He said that on Tuesday, he was shown diagrams of a partial and full scope of the project, but did not say how much a full-version would cost.

He did say how he wants to bring in more money and jobs.

As for immediate revenue, it relies on more people at concessions and the hotel.

"I think business travel will be what makes or break the aviation industry right now," said Washington.

The only slip-up came when Washington almost called DIA what we all call DIA.

"Managing by walking around, if you will, there's a lot of walking space at D-I, at DEN," said Washington.

He said he wants to walk around and see airport conditions himself.

"There's been reports of employees staying at the airport and sleeping in stairwells and all that kind of thing. I want to know what that looks like, and what I can do about it," said Washington.

When asked for more information about this, an airport spokeswoman said that Washington had heard this from someone not at the airport. She said rumors of this have been around for the past 15 years, but the airport has no knowledge of this and does not believe it to be a problem.

At the start of the meeting, Hancock also explained why he picked Washington to be the CEO nominee and not do a national search.

"We were looking at possibly a $50,000-$100,000 for a national search, no concept of how much time it would take to identify good candidates to be brought forward to Denver, and the prospect of having an interim during a critical period of history at DEN, and with all the work that we have to do, just simply did not appeal to me," said Hancock.

As part of the documents provided to the city council prior to Wednesday's hearing, councilmembers were given letters of recommendation for Washington.

Two of them, from former RTD board members included nearly identical paragraphs.