A Denver artist has captured the feeling of Colfax's history in a new way. 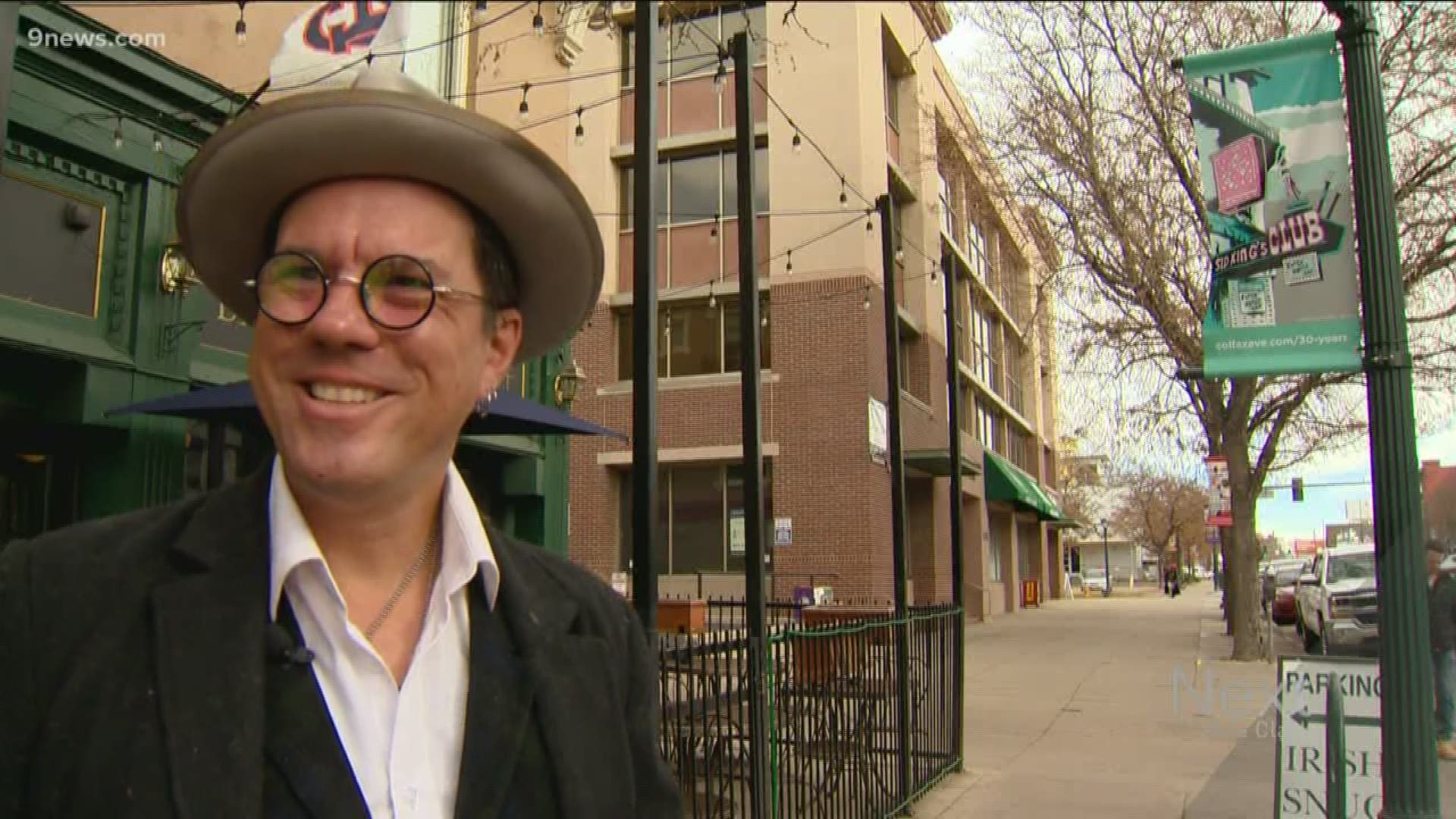 DENVER — The lampposts along East Colfax Avenue have been decorated for the holidays.

They aren’t wrapped in garland or tied with a bow. They’re adorned with new banners for visitors to see when they walk down Colfax from now until February.

The business district, along with cartoonist and illustrator Karl Christian Krumpholz, made a list of about 20 iconic Colfax landmarks and narrowed it to eight. Krumpholz took the final list and created the new, comic-style banners.

“He’s designed a variety that are about the image of different buildings on Colfax that exist today, some that we’ve lost – some real iconic signs and buildings – and the 15 bus, as well,” Locantore said.

Krumpholz lives near Colfax, and his talent equates to the richness of the community, Locantore said.

“He gets Colfax,” he told 9NEWS. “[We’re] able to showcase heart and soul of Colfax and the kind of talent that we have.”

Krumpholz said seeing his work on display in his own neighborhood is humbling. He proudly told passersby in our interview that it was his work hanging above them.

“My artwork is part of the history now of Colfax. And that’s fantastic. That’s brilliant,” he said.

“This is just one part of a longer story about how Colfax’s past, as the longest wickedest street in America – even though things have rapidly changed over the last 10 years, some of that old Colfax is still there… [as well as] some of Colfax’s more infamous past," he said.

While the banners will remain on the lampposts for only a few months, they’ll return every now and then over the next few years, according to Locantore.

Krumpholz kindly asks that no one steals the banners. He'll have prints for sale Wednesday at the "30 Years of Colfax" event at the Fillmore.